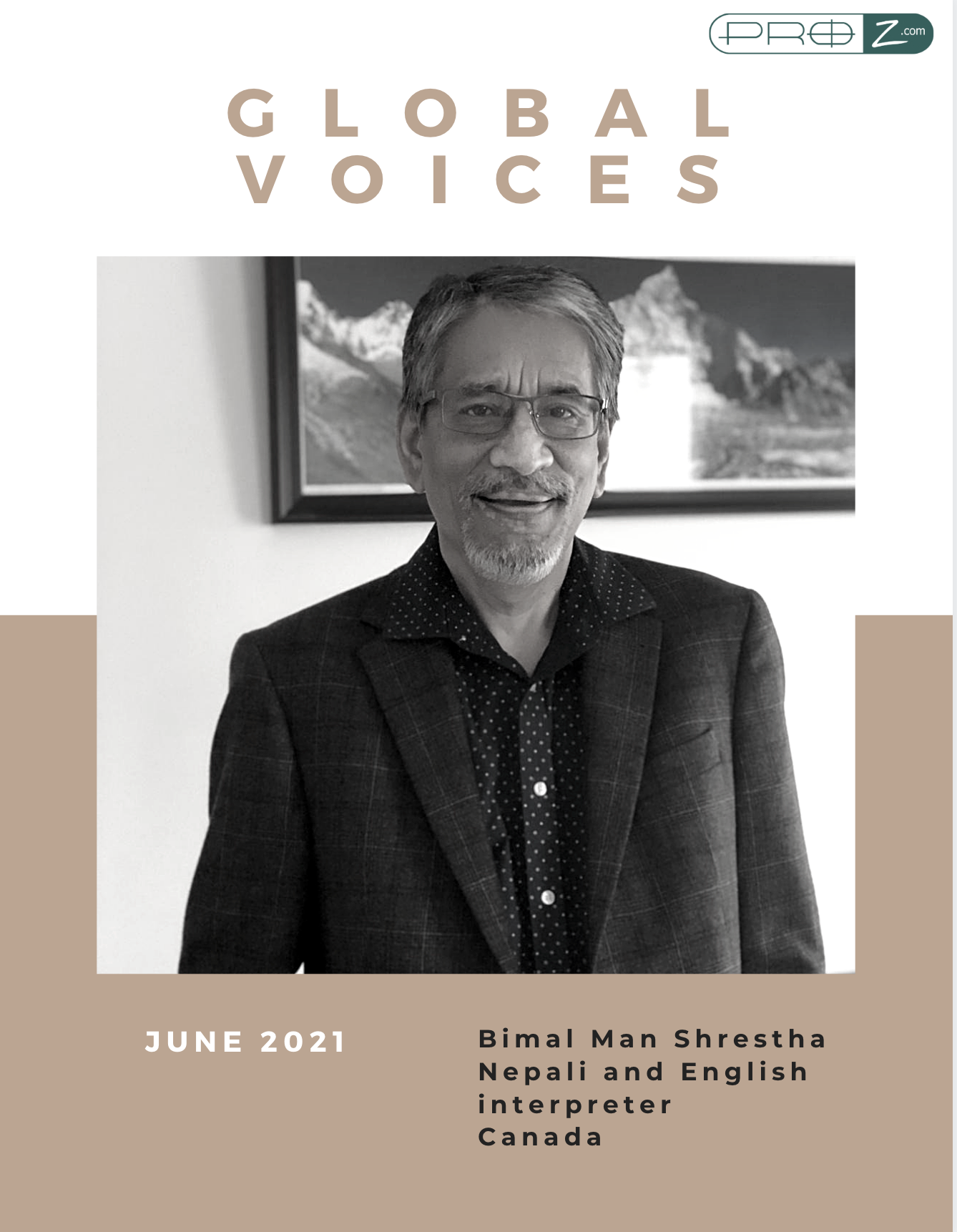 It’s hard to picture two more different places than the Kathmandu Valley and suburban Toronto, but such extreme contrasts form a natural part of the narrative of Bimal Man Shrestha’s life.

Born in 1957, at the foot of the soaring mountains that dominate the Nepali landscape, Bimal attended school locally, but then went on to study pharmacy in Kolkata, India. A whole career emerged from that degree, back in Nepal, working as a pharmacist in the Department of Drug Administration, under the Ministry of Health. It was a time when there were few pharmacist practitioners, so he soon found himself training Drug Retailers and Wholesalers on Proper Use of medicine including proper dispensing, storage, knowledge on drug dosage forms, and rules and regulations for the sale of medicines in a UNICEF-supported programme. 1988 saw him undertake further clinical pharmacy studies in England, which would support him in his training role for the years ahead.

But the following ten years saw troubled times in Nepal, with political unrest and changes in the various ministries, and Bimal and his wife began to discuss the possibility of a life elsewhere. With two daughters in tow, this was not an easy decision, but the subsequent rise of Maoist groups made life too insecure to risk staying on. It took no less than three years to jump through the immigration hoops, but on the other hand Bimal wasn’t in that much of a hurry, because completing 20 years within the government service would also fulfills his childhood dream of serving the country as a public servant.

On arrival in Canada, Bimal started out by taking on whatever work he could to survive – even having to work for a short time in a food industry warehouse – the fate of so many highly qualified new immigrants in Western countries. With long commutes, and no driving licence, life was tough. But a brief conversation with a fellow new arrival – this time from India – led to a break with a pharmaceutical company, and at last he could begin to deploy his skills and knowledge once again. Even then a friend had to give him a lift to attend the 30-minute interview, but the job was his and he began the next morning.

He spent three years there before losing his job in a wave of recession, but during that time, while attending his regular English classes, he came across a chance opportunity via an announcement on a notice board advertising for much-needed Nepali interpreters. Ever enterprising, he responded, did a 6-week course with a special focus on medical terminology, and emerged with a certificate in translation and interpretation in 2010.

That opened the door to initial opportunities as an interpreter that would eventually turn into a full-time career. Just as he had been in his youth in Nepal, Bimal was driven by a strong social conscience to engage in plenty of community and social work, including an association devoted to support people living with HIV and diabetes.

The scarcity of Nepali interpreters in North Americas resulted in a flood of work opportunities, from hospitals and clinics to social work and court cases, which in turn led to a court licence. Many of the people he interprets for are refugees from Bhutan, who first fled to Nepal, and then made their way to the West often decades later – 100,000 in the USA and 7,000 in Canada, amongst other countries. Most of them have hardly been to school, and so it’s no surprise they are overwhelmed by the linguistic demands of officialdom in their adopted country.

With telephone interpreting now much in demand, Bimal finds himself working in several contexts in the USA as well as in Canada, and many of those jobs have been for Boostlingo via ProZ.com. As a people person, it’s work he greatly enjoys.

Until the pandemic struck, Bimal attempted to visit Nepal every few years or so, with his grown-up daughters who graduated from universities and are involved in senior professional roles within the health and food sectors in Canada, and with his busy wife, who works in a nursing home. His adopted country is very much Canada, although Nepali remains the family language, and that of most of his social life. His social affluence in the community extended to founding a Newa ethnic, cultural organisation with his fellow Newa-Nepalese members to continue to show love and support for his country of origin.

Like so many arrivals from another country, Bimal has made a sterling contribution to his adopted land, including winning a citizen’s award for long-term service. Yet another example of how all our societies are enriched by diversity and the richness of cultural intermingling. 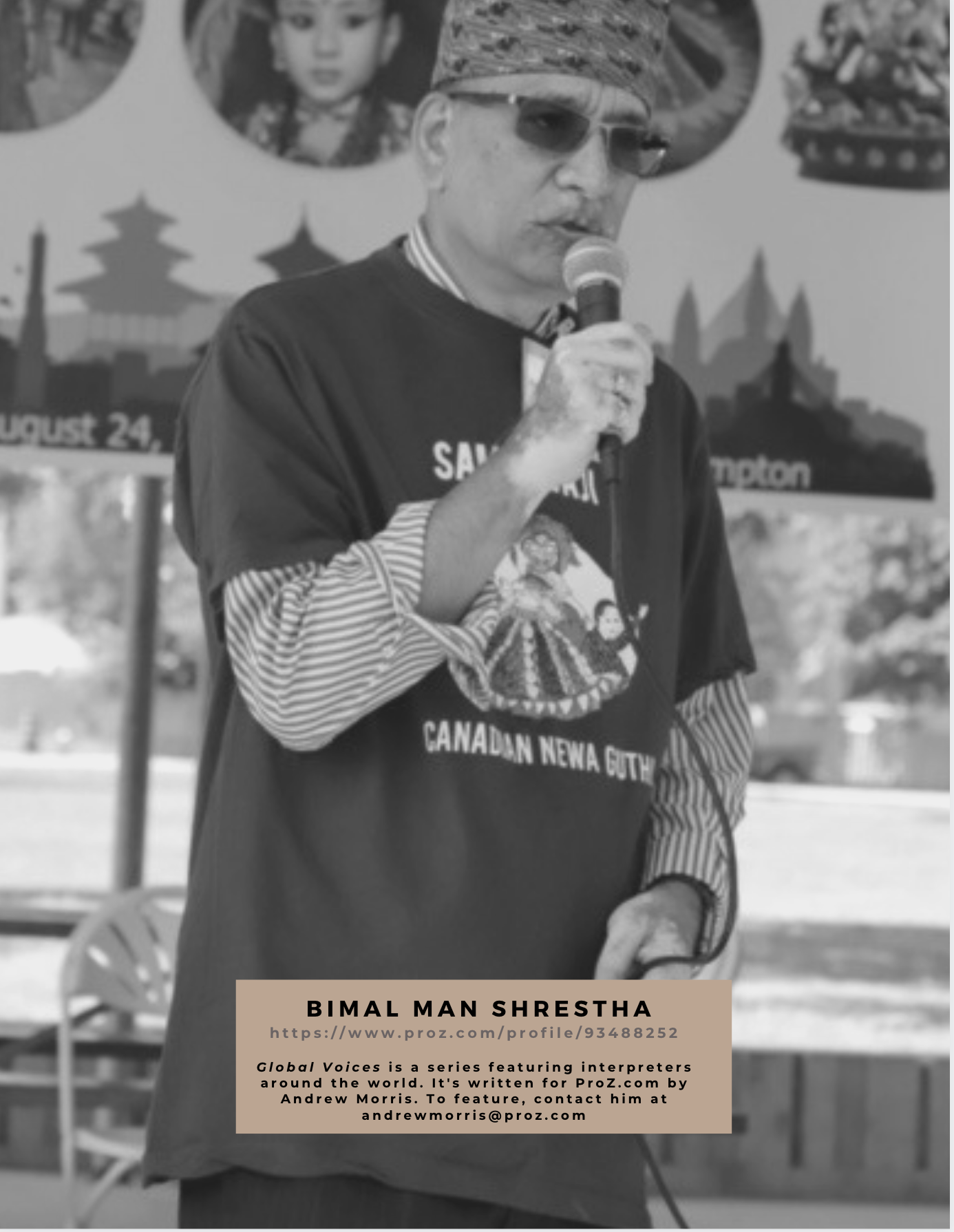