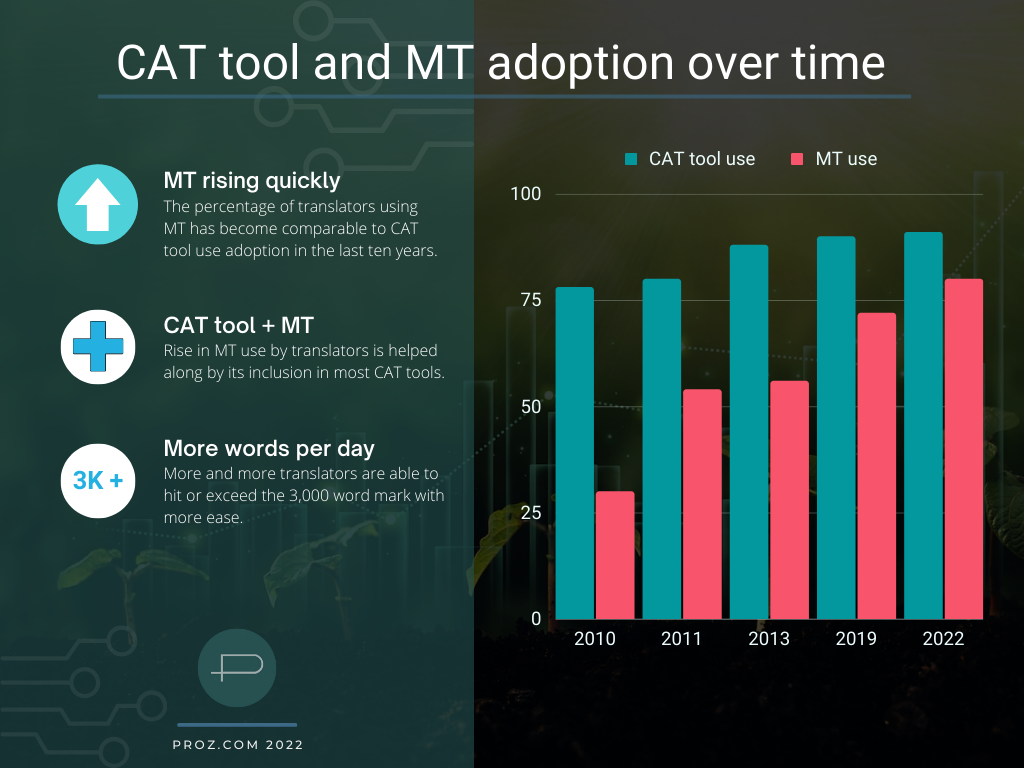 The events we've looked at so far probably took most of us by surprise. General trends in the language services industry are much less surprising if you have been in the game for a while. We can say that some of these trends have been intensified over the past two years or so, but for the most part they were all pre-existing. In general, we can say that: 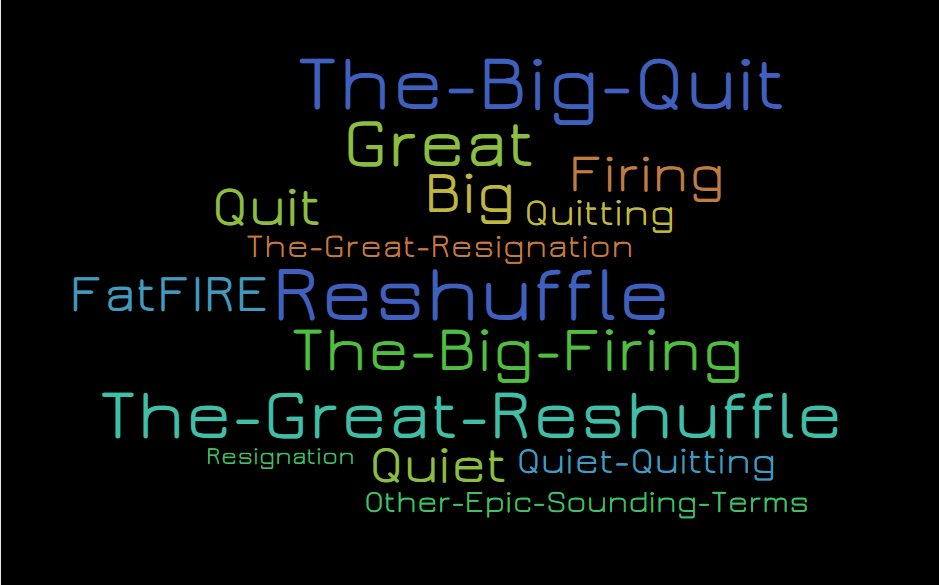 The Great Resignation, The Big Firing, and Other Epic Names

You have probably read terms such as The Great Resignation, The Big Reshuffle, The Big Firing, Quiet Quitting, and others which are commonly being thrown about nowadays, and which make for great clickbait in our news feeds. While the media coverage seems to focus mostly on these phenomena as they affect workers in the regular 9 to 5, it is important to keep in mind that they are also feeding into the pool of available freelancers in many industries, including language services. Many employees leaving their 9 to 5 jobs are going into freelancing; one estimate is that in the United States alone, 50% of the total workforce will be (at least partially) freelance by 2028. Having gone remote during the pandemic gave a large segment of the population a small taste of one part of the freelancing life, and most are currently grappling with remote work vs. back to the office. So now you have both necessity and desire fueling a shift to freelancing as a way of life. 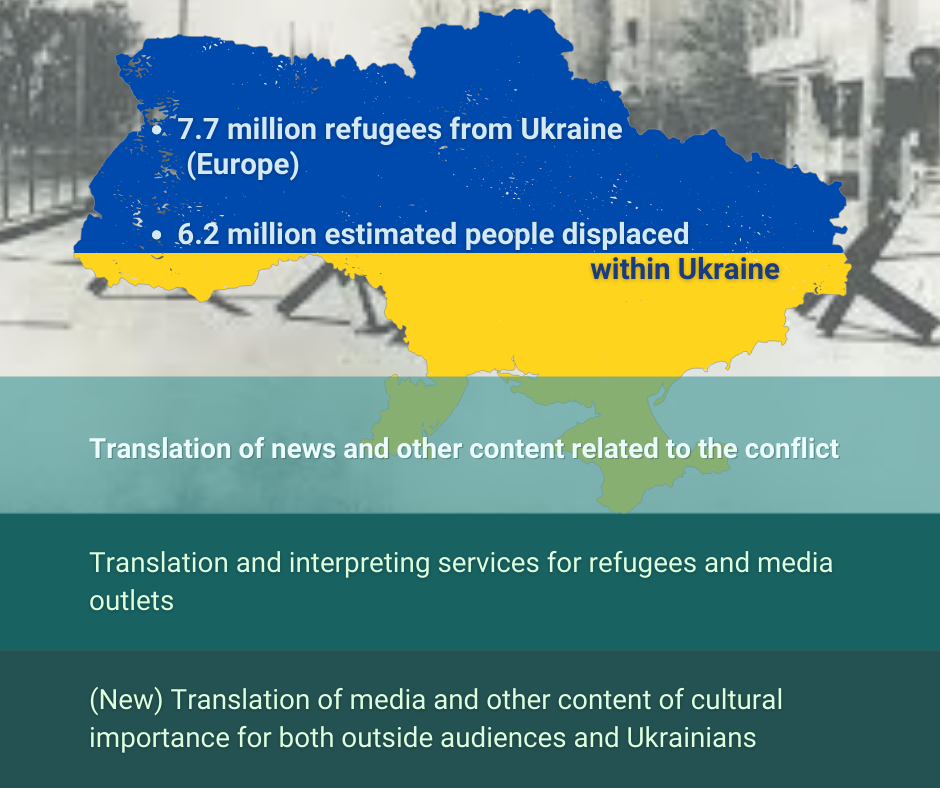 November 23, 2022
In early 2022, Russia attacked Ukraine, setting off a chain of events the full results of which we have yet to see. In the immediate aftermath, a great number of people in Ukraine were either forced to leave their country or internally displaced. Again, it was the freelance translators and interpreters who had the skills and tools available to weather the storm with just a tiny bit more of certainty when it came to securing an income, in a moment where everything was uncertain. 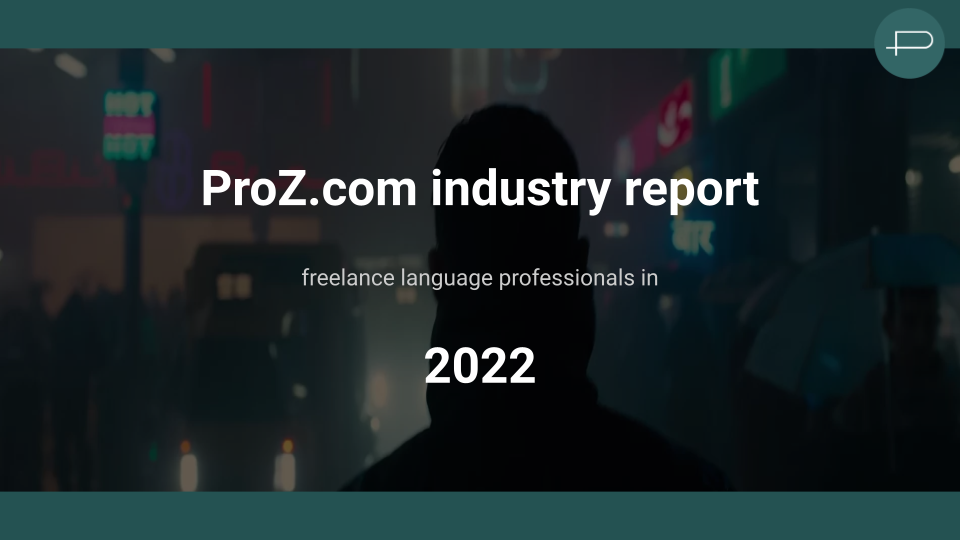 Trends in the language services industry: Global concerns, part one

The past two to three years have been, as many a corporate email would remind us during the COVID-19 pandemic, “challenging times.” A great many things changed from one day to the next, and now in 2022 we’re still figuring out what some of this means for our work and our lives moving forward. What does this look like to freelance professionals in the language services industry? This report will take a look at both global and industry-specific challenges and opportunities that have presented themselves since the last report, and how freelance language professionals are dealing with those challenges and taking advantage of those opportunities.