In future, our Thursday morning posts, as mentioned last week, will be dedicated to minority and endangered languages throughout the world, helping raise awareness of this vital area of the work of Translation Commons, and simply enhancing our knowledge of a linguistic diversity that’s often hidden from view.

Let’s begin with an example that certainly surprised me. Before reading what follows, click on this link, listen to the beautiful music, land allow your first impressions to form without trying to overthink…

If your first instinct was to say “Greek”, then of course you are not a million miles away – it’s a logical inference from the alphabet, the sound of the language, and indeed the music.

But  in fact you’d be wrong. What you are hearing is Griko, a minority language found in 7 municipalities in the Salento region of Southern Italy.

Ironically enough, one of those municipalities is named “Calimera”, which of course means “Good morning” in Greek.

There are approximately 20,500 speakers of Griko still alive*, many of them elderly. This is one of the oldest languages of Italy, believed to derive from the ancient Hellenic tribe that colonised Southern to such an extent the region became known to the Romans as Magna Grecia.

Usually written in Latin characters (despite what you saw in the video), the origins of the language are controversial. Some scholars trace it back to the Byzantine Empire, whereas others emphasise the successive waves of migration throughout the centuries. 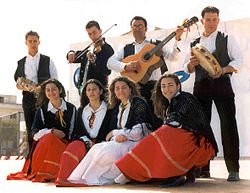 What is certainly true is that Griko people dominated both the Salento and Calabrian regions and that their language was locally dominant until the 13th century – to such an extent that the great poet Petrarch recommended all those wishing to brush up their Greek to visit the region.

Centuries passed and the language continued to thrive, but with the slow process of national unification (known as the Risorgimiento) that began in the early 19th century, local languages began to be seen as backward hindrances, detrimental both to individual speakers and to the national project. 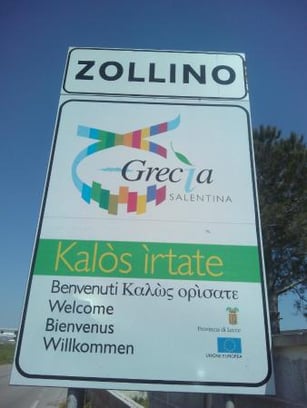 It was not long before discriminatory attitudes and practices began to appear. The new government imposed Italian as the standard and teachers were deployed to teach the “language of progress” to the  masses. However, as only the wealthy could afford to attend school, Griko villagers were excluded. As a result, they would often find themselves stumbling through official procedures in Italian while speaking their own tongue at home. The disempowered nature of the language, combined with marrying out and emigration, contrived to substantially reduce the number of speakers. 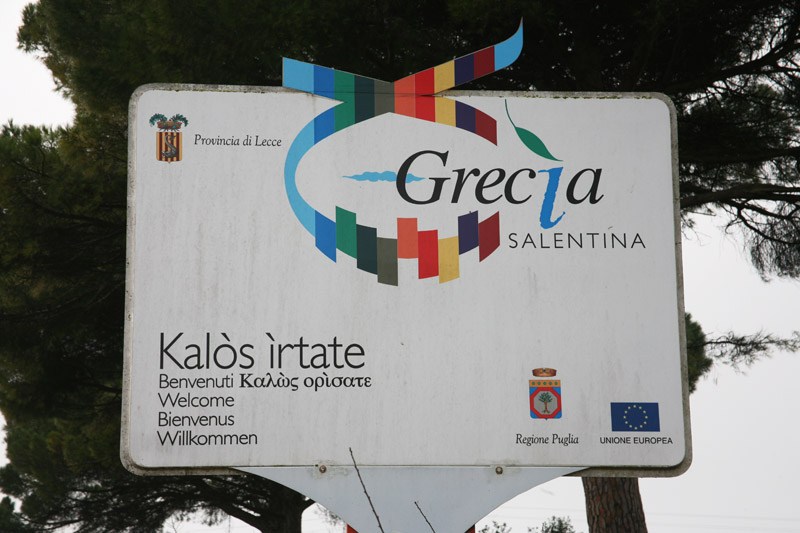 In our more linguistically aware modern times, certain steps have been taken to redress the situation. Poets such as Franco Corliano (in Griko: Frangos Korlianòs) and other cultural figures have tried to revive it at a local level, while the EU granted Griko Endangered Language Status in the early 2000s.

Free lessons are now offered in certain municipalities, and a cultural revival of poems, songs, proverbs and folklore has played a part, aided by websites** designed to raise awareness. These days bars and cafés proudly announce that Griko is spoken here, and there’s a free online dictionary.

Nevertheless, the language is still not out of the woods, and faces extinction, leaving an irreplaceable tear in the cultural fabric of Southern Europe. 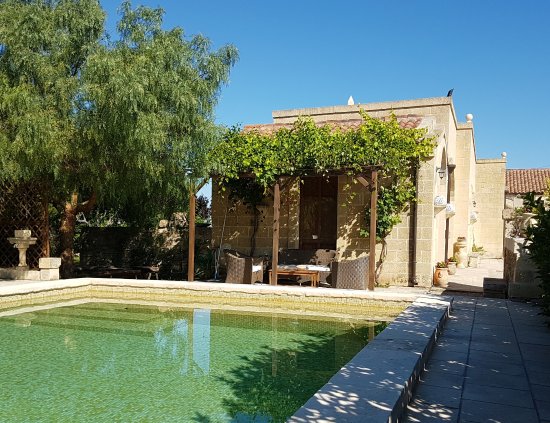