Ask most people what country Chișinău (pronounced kiʃiˈnəʊ ) is the capital of and they’ll stare at you blankly. Even when you reveal the answer – Moldova – their expression might not change dramatically. But this country, whose outline resembles a bunch of grapes is a fascinating corner of Eastern Europe, is well worth discovering in greater detail. 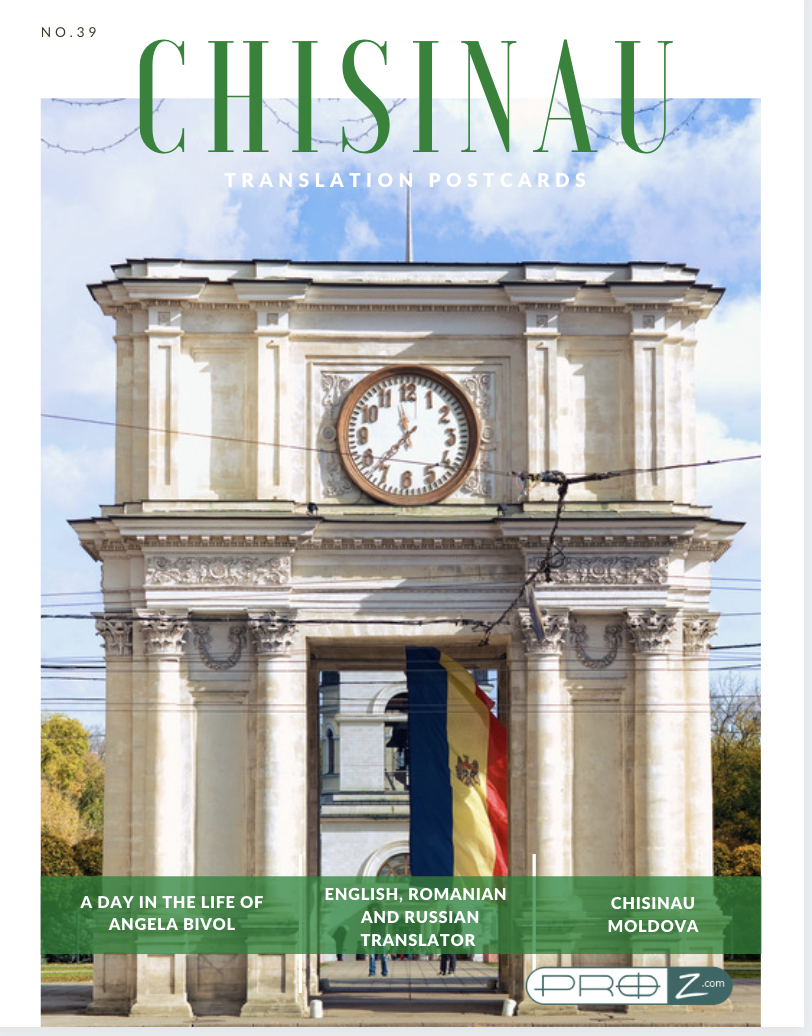 Like so many nations in this historically turbulent region, Moldova’s borders have shifted at regular intervals, and even vanished altogether at times. From the 14th century until 1812, most of the current territory was part of the Principality of Moldavia, before being ceded to the Russian Empire by the Ottomans, whereupon it became known as Bessarabia. In the wake of its return to Moldavia in 1856, the region united with Wallachia to form Romania, but only enjoyed a brief spell of freedom before Russian rule was reimposed over the whole of the region. Control passed back and forth between Romania and what ultimately became the Soviet Union, and finally resulted in the creation of the Moldavian Soviet Socialist Republic. It was not until the dissolution of the Soviet Union in 1991 that the country declared independence and took the name Moldova.

Mountains and forests, steppes and rivers, caves and rocks make up the terrain of a national territory you can cross in under 5 hours, before hitting the borders of Romania to the south and west or Ukraine to the north and east.

Today it may be the poorest country in Europe, according to the 2018 Crédit Suisse ranking, but it’s a land of honour and hospitality. While walking down a village street, you’re perfectly likely to be invited for placinta (a traditional pastry filled with apples or soft cheese), branza (sheep cheese), walnuts, and a glass of fine home-made wine. Vines have been cultivated in the area since ancient times, and village houses often depict grapes on their facades – a reflection of a landscape full of vineyards and cellars full of casks. Beyond viticulture, this is also a land of countless orchards bursting with walnuts, apples and plums. Despite the modern appliances inside each village home, you could easily be forgiven for thinking you’d stepped back in time.

Chișinău itself is the biggest city in the country, despite its small stature compared to other capitals. It’s a pretty place, where historical buildings nestle comfortably alongside modernist structures, including the two iconic buildings that represent the “gates” of the city, on the road in from the airport. Although the lifestyle and rhythm are undeniably southern and unhurried, Moldova is a resolutely modern country, where most young people speak 3 languages fluently and enjoy Internet speeds that are among the fastest in Europe. 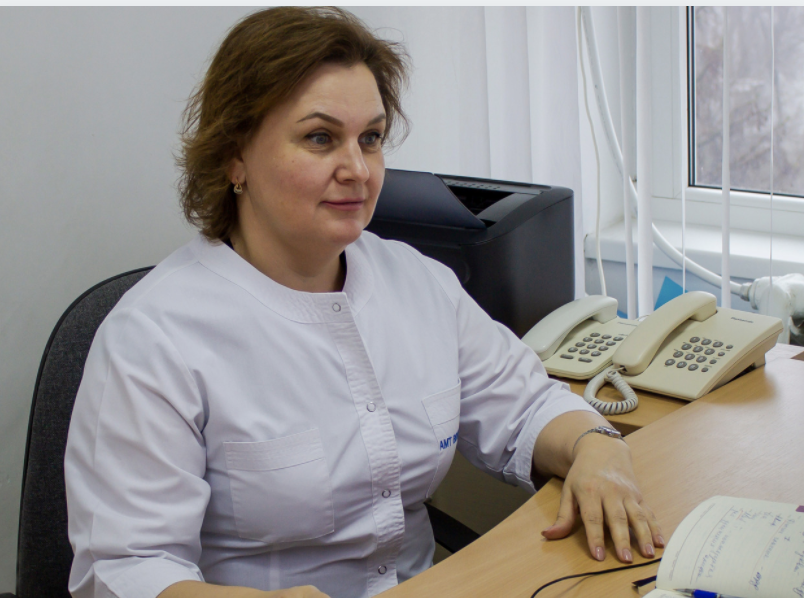 The capital is home to Angela Bivol, a specialist medical translator stands out clearly amongst her colleagues for one simple reason:  whereas most specialists are either former medical students or practitioners who’ve left the profession, Angela is still a practising doctor, and an expert haematologist to boot. A full-time medical doctor until the birth of her son in 2002, she then switched to public health and now acts as the Head of Department of Informational Resources within Moldova’s biggest ambulatory clinic – a role that keeps her busy until 3.30 each day, when she magically metamorphoses into a no-less-busy translator, devoting 90% of her attention on medical texts, from clinical trials to details of medical instruments.

Why the need to do two jobs? Well, predictably enough, economic factors play a part. Public service salaries are low, although too reliable and reassuring to dispense with altogether.

Growing up in the former USSR gave Angela access not only to Romanian (dubbed “Moldovan” only by the most  diehard nationalists), but also to Russian, which she speaks like a native. In-depth studies of French decades ago extended her linguistic range, and introduced her to translation, especially in technical and military fields. As a medical student, she continued to translate certain texts, but mostly for her own pleasure – a practice she maintained even while working as a haematologist. Nevertheless, her activity and assiduousness caught the attention of her colleagues, who began to ask for occasional translations. Although these were free of charge, Angela enjoyed the process and the learning involved and felt it was time well spent.

Some time later, Angela received an offer of collaboration from a local agency. Even though the pay resembled a popular kind of nut often fed to monkeys, it was a start, and a handy supplement to her salary as a doctor. Her career as a paid translator thus got off the ground in 2006. Along the way she began to research conditions within the profession and the potential for higher rates, as well as CAT tools and invoicing procedures. Her investigations led her to a seminal practical guide for translators published by Russian and Ukrainian translator Oleg Rudavin, and then to membership of ProZ.com, despite the fact that both the book and the annual ProZ subscription seemed like a small fortune at the time.

Now fully established, with a wide range of clients, Angela works exclusively with international agencies  – local rates being so low you might as well describe them as volunteering, coupled with impossibly tight deadlines that only add insult to injury. Luckily, the Internet speeds make communications relatively easy – a bonus given that many of her clients are based in the USA. However, when it comes to genuine volunteering, Angela is no slouch, and made a significant contribution to the recent Open Source Covid19 Medical Supplies campaign in Romanian and Russian, as well as occasional pro bono texts done for animal welfare organisations. 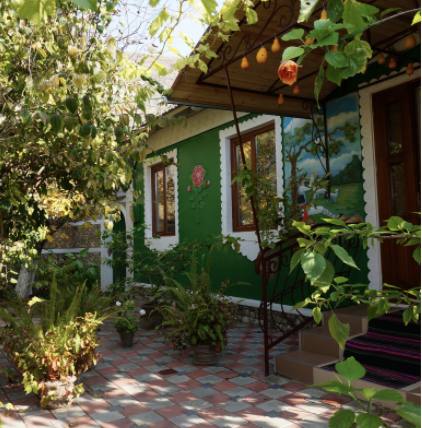 Angela has long maintained a healthy lifestyle. The day begins at an impressive 5.30 with a jogging session at the local school stadium – an ideal time to take advantage of the early-morning silence, the abundant greenery and the sunrise. It’s the perfect start to a long working day. A simple breakfast of cottage cheese, an omelette or fruit and vegetables follows, often involving some of the excellent dairy products in Moldova. Her work at the clinic – a mere 20 minutes’ walk away – begins at 8am, and always promises a busy agenda.

Her shift over, Angela reaches home at 4pm and enjoys a short period of relaxation before launching into a 5-6-hour translation. The lengthy hours are offset by the sheer enjoyment she feels when seated in front of a text, especially now that after all these years, she can afford to be more selective about the translations she takes on. Most of her work is from English into Romanian, with the rest devoted to English to Russian and the occasional text between Russian and Romanian. There’s also a regular amount of linguistic validation work in the medical field to get through.

A few years back, Angela would carry on working through the weekend, but these days she prefers family time, or trips to the country. With the pandemic raging, there are plentiful online courses to absorb what free time and energy remains, including a Masters in Kinesiology and the resurrection of a lifelong dream of learning Arabic – no easy task given the lack of people to communicate with. Perhaps a reader will reach out?

Despite suffering from COVID at the time we spoke, it’s clear Angela is a positive, hard-working professional, with endless reserves of energy and determination, coupled with a resolutely can-do attitude. It comes as no surprise therefore to find out that her favourite quotation is Henry Ford’s famous dictum: “Whether you think you can or think you can’t, you’re right.“ 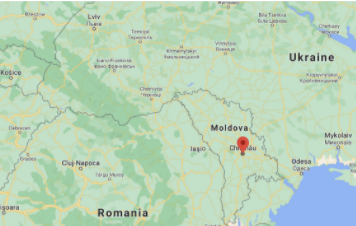