Two owls strike up a conversation on either side of the house – an altogether gentler sound than the honking of Canada geese flying overhead as they prepare to land in a nearby lake. In the distance there’s the faint buzz of a neighbour’s chainsaw, while the rumbling of a passing truck or train is carried by the wind from far below. But mostly, you hear the sound of the wind itself, whispering in the trees, but at times whipped up into a howling frenzy, accompanied by a chorus of yipping coyotes. Otherwise, all is absolute silence.

A never-ending series of beautiful sunrises and sunsets makes way for starry skies where every constellation is clearly visible, with thousands of tiny twinkling lights.

After a refreshing rain shower, the smell of the earth mingles with the scent of pine needles and new grass. In the summer, the breeze carries the intoxicating fragrance of wild roses and many other wildflowers. Oceans of sage brush, layers of muted shades of green against a vivid blue sky, with lazy white clouds drifting fluffily past.

“The gifts of nature are many,” says Bonita Kapitany, “and I’m grateful to have the opportunity to stay here as long as I want to, to relax, to muse, to build. To hide away from the world for a while and still keep my job. To empty my cup of all the stress accumulated in the city and fill it up again with the peacefulness and wisdom of Mother Nature.”

After many years living on the west coast of Canada, enjoying the proximity of the ocean and the backdrop of the mountains, adventure beckoned, up in the rugged wilderness deep inside British Columbia, where Bonita lives totally off the grid. The nearest tiny town of Ashcroft is 30 minutes away, while Vancouver is a four-hour drive. 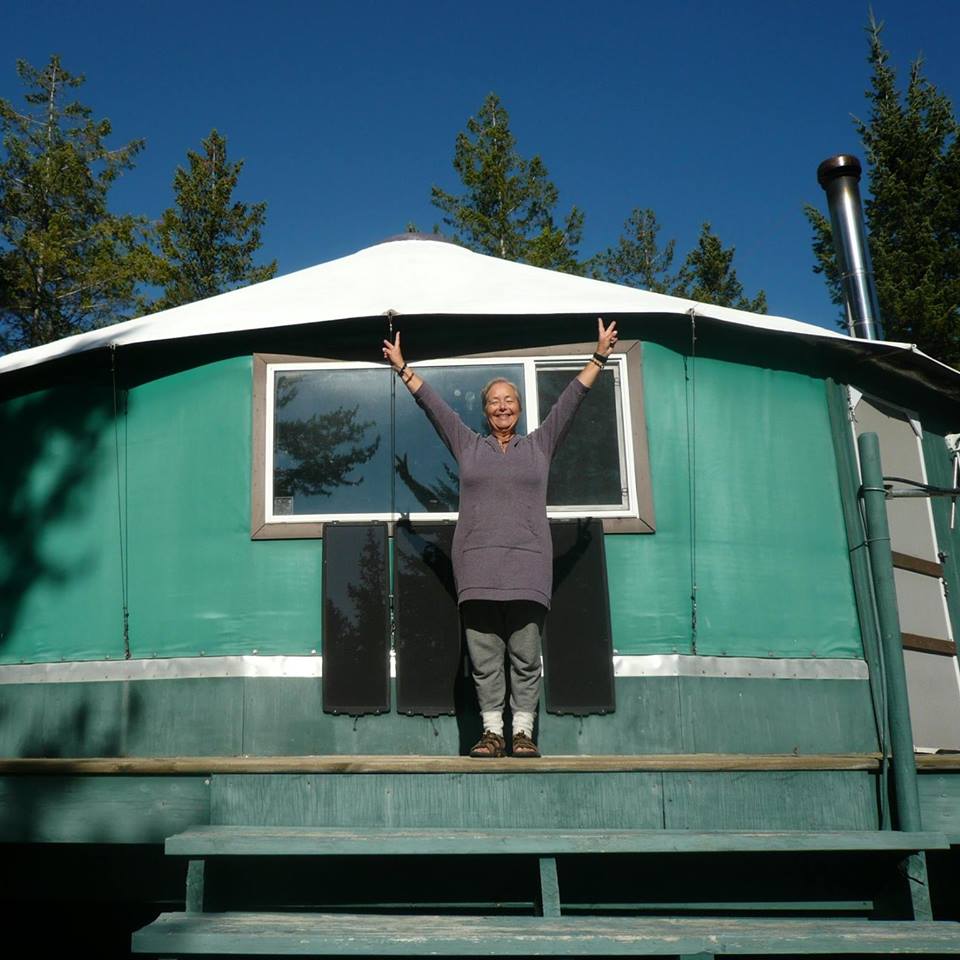 Five years ago, Bonita bought a 5-acre plot in a stunning valley, 2,400 above sea level, and surrounded by Crown land. The plot had a yurt which needed fixing up to a point of relative comfort. At first, she proceeded tentatively, one step at a time, coming for weekends or even whole weeks for a few years. But progress was slow. Then last summer, Bonita decided to take the plunge. With a wood stove to keep her warm in winters that can plummet to – 34°C, and a small unobtrusive satellite dish hanging in a nearby tree to provide reliable Internet access, it’s been no problem at all to keep working as a freelance translator. Waterpipes had already been installed, providing delicious pure water from an artesian spring in the mountains. Add to that a propane-powered water heater, solar panels and a small generator, and you’ve got all the comforts you need! Meanwhile, small-scale wind power is a project that’s still on the drawing board… for now.

Born to a Hungarian father and a Dutch mother in Indonesia, Bonita grew up first in the Netherlands and then, from the age of 14, in Canada. Her brain has always been completely bilingual, with both Dutch and English in her head, so much so that she claims to have been translating all her life! 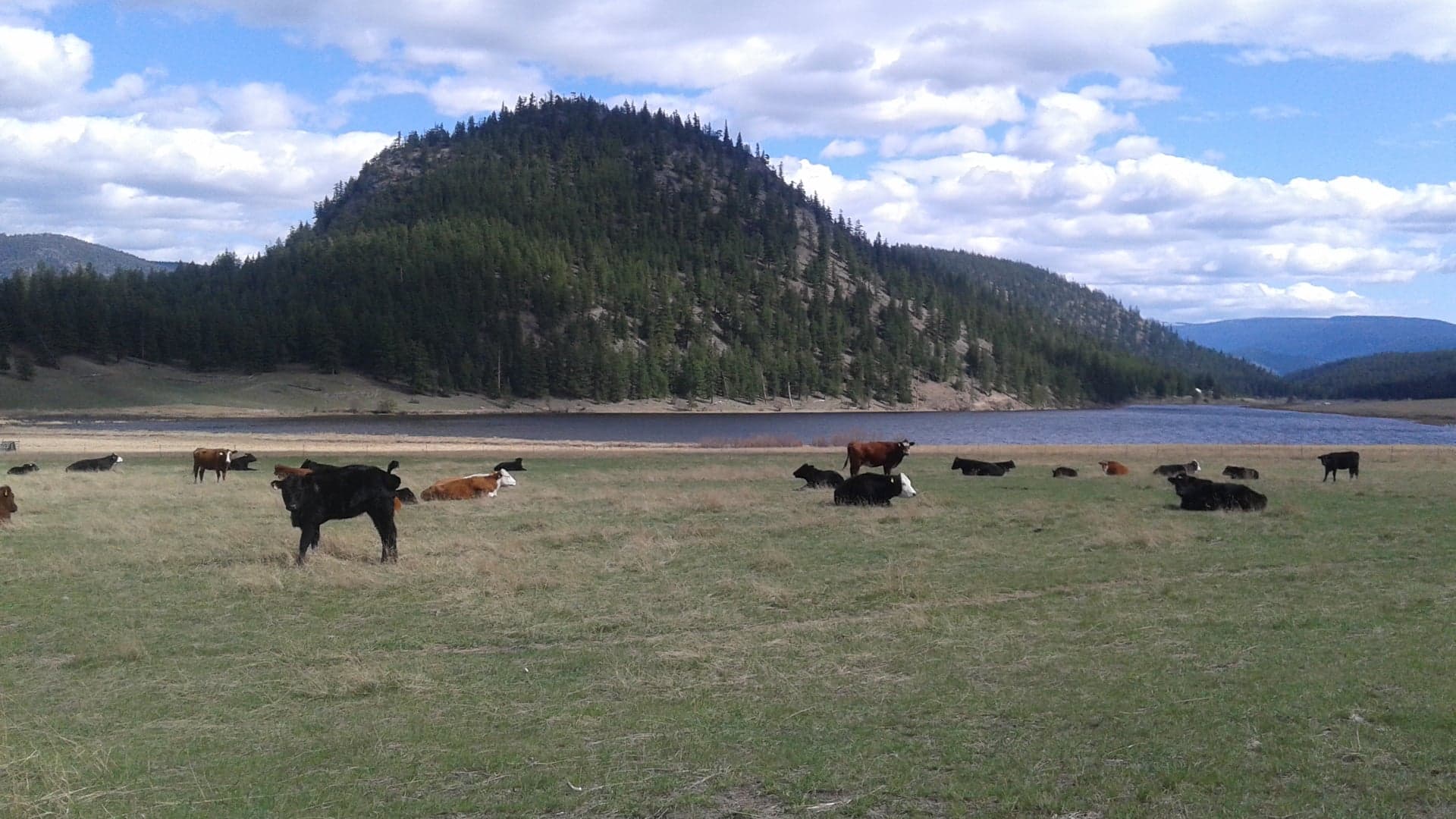 Bonita’s career began with several years spent as a Montessori teacher, running her own school. And she still writes philosophical books for children, designed to empower them and foster their self-esteem, which may well give rise to a series. Translation back then was confined to a smattering of jobs, taking up a few hours a week. But she wanted more, slowly gravitating from teaching to translation, by showing up at her computer at 7 o’clock every morning. When she finally decided to make the leap, she found she was quickly earning enough to pay the rent and replace her teacher’s salary altogether.

She registered on several translation websites, the most fruitful of which was ProZ.com and still continues to find clients occasionally.

She also soon found her way to the Facebook group called “Translators and Interpreters (ProZ.com)” which put her in touch with tens of thousands of colleagues across the world for daily discussions about shared interests and concerns – the perfect antidote to the understandable isolation of living in the middle of nowhere, and in a country where most people think translators must work from French, and for the government.

She loves the flexibility of freelance life, the freedom to have homeschooled her daughter, and now to look after a 91 year-old mother in the yurt, while working on the wood cabin and creating a beautiful space for off-grid retreats and huge multi-generational family gathering.

It was the kids and grandkids and their friends who inspired all this. Bonita always spent a lot of time with children and young adults and in discussions with them about life, the world and their views of the future, she discovered that the best gift she could give them was to provide some land where they could experiment with unconventional building practices and growing food. Every fruit and nut tree planted here will be enjoyed by future generations. And they are the ones who will find out how long a food forest will perpetuate itself once planted.

Bonita flees routine, but nevertheless checks her email at 7am every day. After that, there may be a full day’s translating, or a few hours occupied with other activities, such as singing, playing music, yoga and healing arts, or following many online courses, such as EFT tapping.

Her midnight is 9am for her clients, who are mostly in the Netherlands and Belgium, meaning that for her, midnight is a fairly frequent deadline, so that they find their text in their inbox first thing in the morning.

Sometimes days might go by without any work at all, followed by lengthy periods of super-urgent work. None of it fazes Bonita that much – she enjoys the variety. When big projects come in, like a novel or an autobiography, she goes on marathons because she’s unable to stop… the text is so delicious she can’t wait to take another bite and chew on it until she gets it right.

Needless to say, she’s never missed a deadline, but that’s more a reflection of an addiction to playing with words than any particular obsession with self-discipline.
Out in a place like this, the concept of weekdays and weekends loses all significance, so for Bonita it simply boils down to working when she wants to, and taking a break – while letting her clients know – whenever she feels the urge.

One thing is certain, there are few translators out there who have ended up in such unusual circumstances, and opted for such an unconventional approach to practising our profession.

In summing up the bold steps she’s taken so far in life, Bonita cites a profound passage attributed to Goethe: “Until one is committed, there is hesitancy, the chance to draw back, always ineffectiveness. Concerning all acts of initiative (and creation), there is one elementary truth, the ignorance of which kills countless ideas and splendid plans: that the moment one definitely commits oneself, then Providence moves too. All sorts of things occur to help one that would never otherwise have occurred. A whole stream of events issues from the decision, raising in one's favour all manner of unforeseen incidents and meetings and material assistance, which no one could have dreamt would have come their way. Whatever you can do, or dream you can, begin it. Boldness has genius, power, and magic in it!” 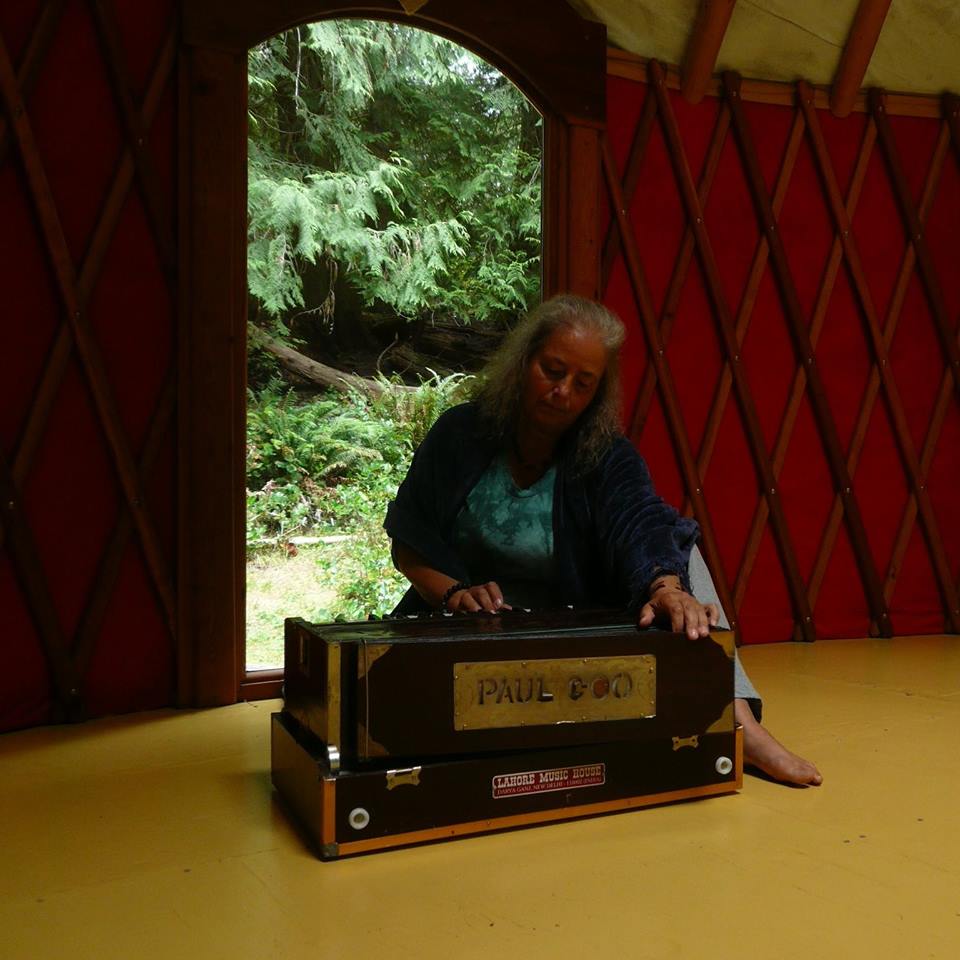