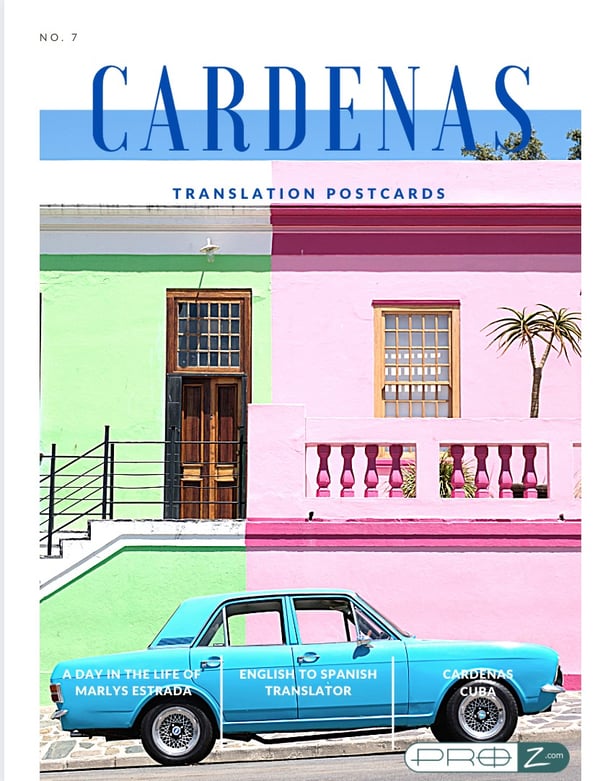 It’s early morning. You wake up to the smell of newly baked bread, and the cries of peddlers hawking their merchandise. Living right on the edge of the official economy, they ply the streets on foot or by bike, laden with bags or wooden boxes containing anything that’s worth selling. “Fresh garlic and onion!”, “Clothespegs, brooms and mops!”, “Bleach!” and “Mattress Mender” are among the most common cries.
Like many other cities in Cuba, Cardenas has been slowly crushed by the passage of time, its buildings faded and its pavements cracked. It’s been quite a downhill journey since the 1950s, when it was one of the island’s most self-sufficient and thriving communities. Known as the “City of Firsts”, it was the first to boast street lighting, a councilwoman in 1936, and a sugar refinery, besides being the first city to fly the national flag and the site of the first Christopher Columbus statue in Latin America. 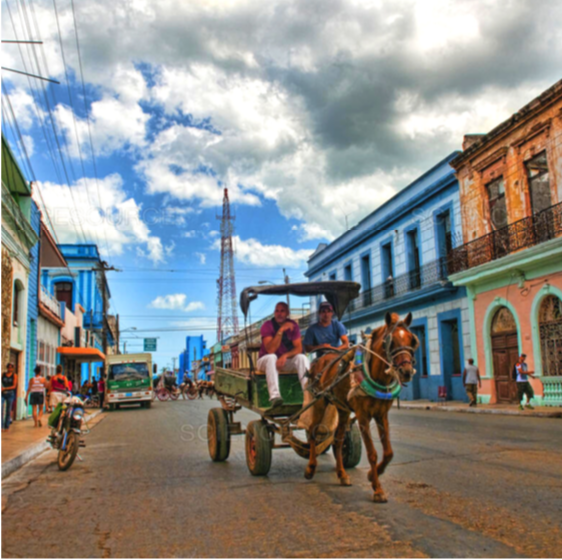 And those horse-drawn carriages you see on every street? They’re no tourist gimmick: they account for half the city’s public transport system. Meanwhile, those giant sculptures witness to the coastal resort’s other moniker: “City of Crabs”

Apart from that, Cardenas is like any other Cuban city. Downtown is loud, crowded with people walking back and forth from nowhere and to nowhere, old friends and neighbours yelling greetings at each other across the streets, lots and lots of small cafeterias here and there selling local pastries, picturesque stands selling fruit, spices and vegetables, younger people lurking at every corner, waiting for business opportunities, older people just killing time with stories and domino games, same peddlers who woke you up at 6am trying to sell their remaining articles, reggaeton music coming out of random houses or carriages. And why not stop at a trolley on the corner for a refreshing cup of granizado or rasco-rasco, and full of chipped ice and some random flavour syrup? This along with everyone’s beloved guarapo, sugar cane juice, is one of the most popular ways to quench our thirst for the average Cuban.

Marlys Estrada, however, is not your average Cuban. A young translator with an immense talent for writing – including in English – whose career is just taking off. When you leave university in Cuba with any language proficiency, you’re expected to work as a tour guide or language teacher, but neither appealed to Marlys. After cutting her teeth on some small assignments and subtitles for a local community project, she launched herself into going freelance, without too much idea of what lay ahead. 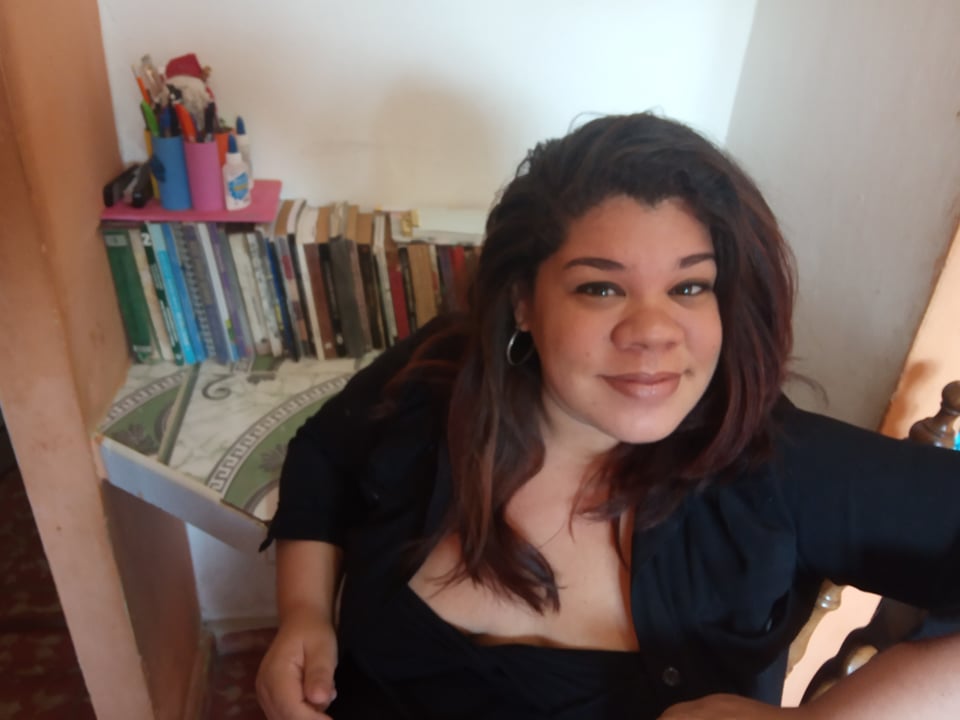 Given the time-consuming nature of all the “extras”, like networking, research, and applying for jobs, Marlys and her partner decided to move nearer his mother when she discovered she was pregnant.

A few jobs later, she understood this was really what she wanted to do. Hopping from one platform to another, she landed on ProZ.com and realised it was what she had been looking for. Since then she’s got to know the platform and had clients reach out to her without her even applying for a posting. She’s also active on forums and KudoZ, whenever circumstances permit.

For “circumstances”, read “Internet”. There was no connection at all until five or so years ago. Even now a month’s access can cost $45 – whereas the average salary for a government employee is $30. It’s a real investment, and the speed can be cripplingly slow, as communications are monopolised by the single government provider, which sometimes overcharges and even steals – invoicing twice for the same amount and suddenly reducing the remaining mobile data. Being a translator in Cuba requires resilience, patience and resources… but it clearly pays off in Marlys’ case as her translations bring in the money.

Marlys has a romantic, creative concept of her job. As she rarely works with technical texts, she sees translating as tapping into somebody else’s soul, ideas, and spirit through their written words, taking it in and then rendering it into your mother tongue. That process of absorbing information and then giving birth to it again fascinates her, because once you take it in, it stays within your mind and then magically transforms itself into learning.

After an early start, a cold shower and a strong black coffee, she gets down to work around 9, on localisation projects, subtitling and marketing texts, working non-stop to hammer out a first rough version, to which she then returns to improve and polish.

Lunch (rice, beans and a piece of meat or an omelette, often left over from the previous day, when time allows, otherwise a sandwich or a glass of juice) is followed by a long siesta, and then the job hunting begins in earnest. One sources is a subtitling platform where videos are randomly posted by clients, and you get to choose. But you need to be fast – there’s competition for the most interesting and best paid clips. The search, and the work on those videos she manages to grab, keep Marlys working through the afternoon and evening, and sometimes beyond midnight, which is when the Internet service is fastest – ideal for downloading apps or docs…

Dinner is a more leisurely family affair, with a wider variety of dishes, from yucca sweet potato to fried plantain slices to accompany the meat, along with a mojo dressing of crushed garlic, lemon and oil.

Weekends are still taken up with work – there’s still a long way to go before becoming an established freelance translator. She works exclusively with international clients – there’s no translation industry to speak of on the Island, and to find a regular position as a translator you need to be linked to government institutions, as freelancing culture is non-existent. 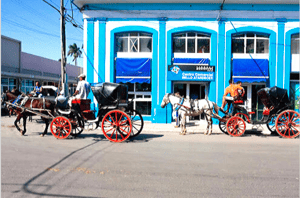 Another major challenge is the outdated payment system. Banks don’t process international money transfers, and digital payment methods such as PayPal or Payoneer don’t serve Cuba. Even Western Union places restrictions on remittances. So getting your hands on your well-earned money is in itself a headache – often reliant on friends and family living abroad.

Part of Marlys’ remaining spare time is devoted to reading – but for pleasure as much as for research. “Reading is the cornerstone of my entire self, as it’s been a background for knowledge, an emotional shelter and a mind-releasing door,” she says. And then there’s writing: short stories, poems and the attempt to shape a novel that’s been sitting on her mind for some time now…

Once a month or so, her friends and her will meet for a Cuban-style get-together: a nice bottle of something, conversation, a little music, and a game of dominos.

When asked about her favourite saying, Marlys has no problem coming up with two.

The first is attributed to Steve Jobs. It’s “If you don’t work hard for your dreams, somebody else will hire you to work hard for theirs”. The second is from Groucho Marx: “If you’re not having fun, you’re doing something wrong”. Aside from the funny side, this encapsulates her philosophy of life in a nutshell. “You’re supposed to be successful, and learn, and work hard,” she says, “but you’re supposed to have fun and be happy while doing it. If not, what’s the point, right?” 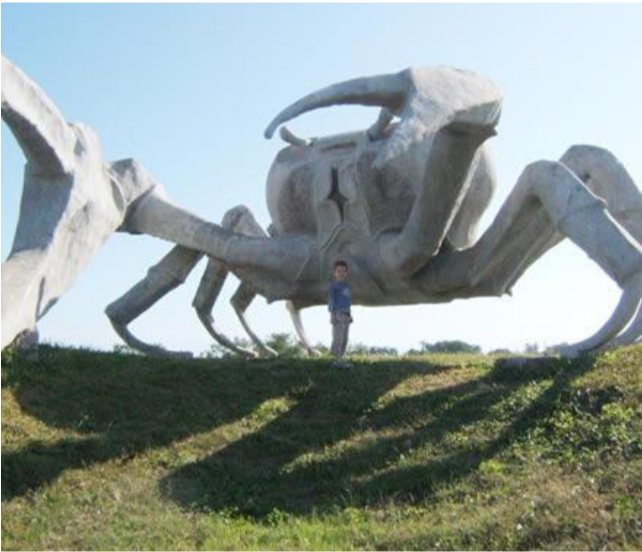