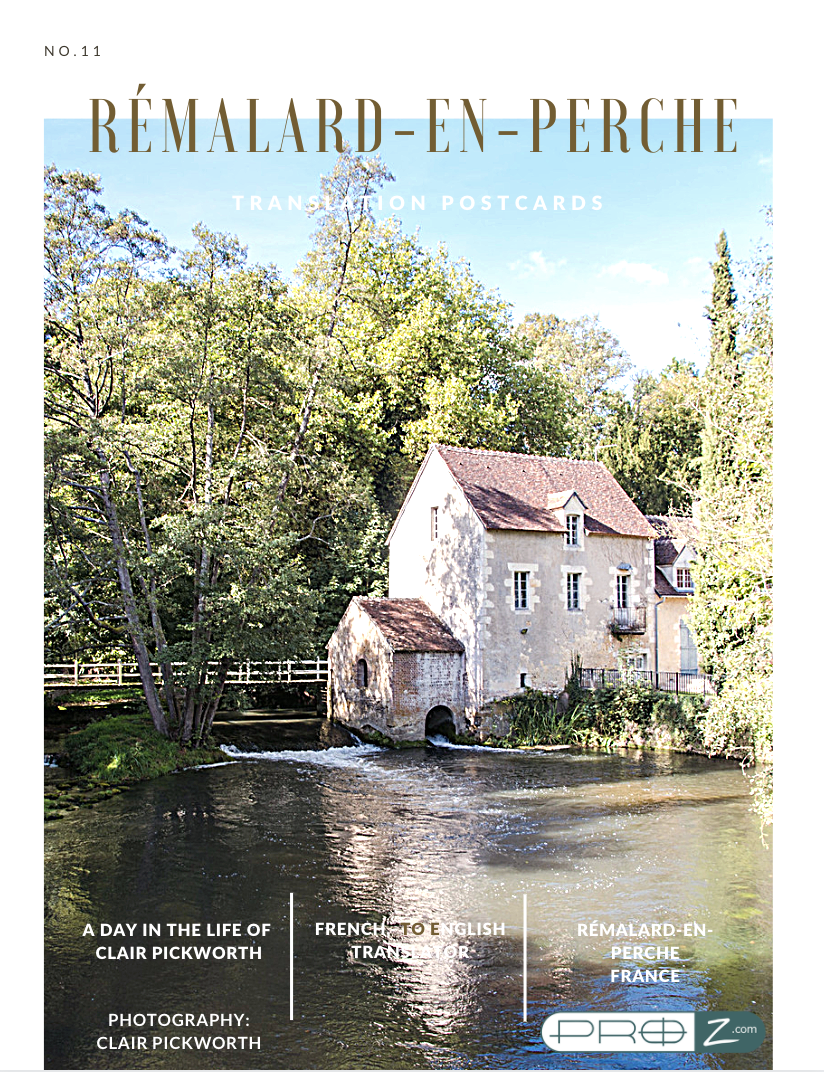 Ever thought of slowing things right down? You wouldn’t be the first. Slow food is all the rage in the world’s foodie community, but why restrict yourself to the dining table? There are places where life itself proceeds at a gentle pace, enabling you to smell the coffee, the roses, and sundry other countryside aromas besides!

One such location is the tiny village of Rémalard-en-Perche in rural Normandy. A couple of hours from the coast, with Paris two hours in the other direction, this hamlet nestling in the countryside is a haven of peace and quiet. Apart from the neighbours down the street, there’s nothing to see for miles around but hedgerows, greenery and fields. Meanwhile, the soundtrack is provided by a neighbour’s cockerel and hens, birdsong, a donkey braying up the road and a chorus of frogs on summer evenings. 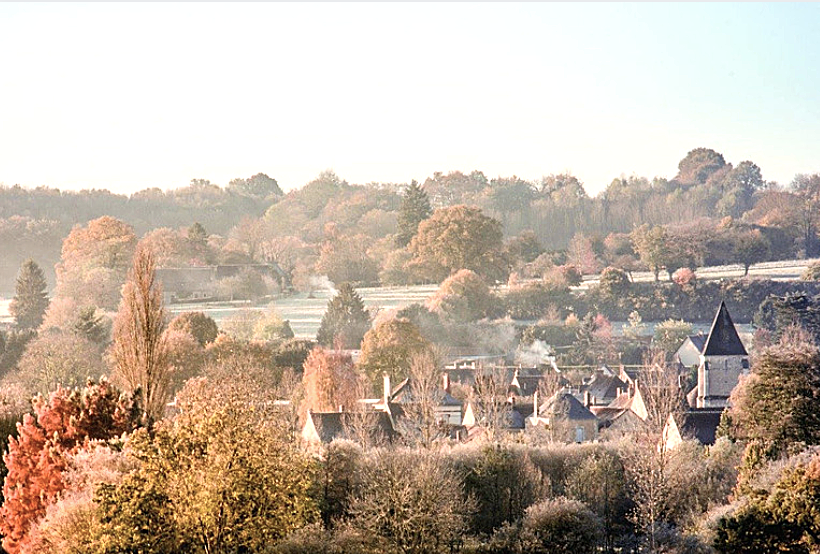 Sounds idyllic, right? And so it is, as long as you don’t suffer from hayfever when the pollen is up in springtime…

It’s been home to French to English translator Clair Pickworth for the last three years, after moving from an even smaller village where the only shop and post office had closed down. As the kids were growing up, Clair and her husband needed more space and to be within walking distance of schools and shops, in order to buy fresh bread and cheese, and pretty much everything else necessary for daily life.

Given her childhood years in a rural village in Lincolnshire, England, Rémalard-en-Perche is perhaps not as much of a challenge as for your average urbanite. But Clair was no stranger to city life, having studied for her degree in the sprawling city of Birmingham, complete with a year out in Paris. On graduating, she returned to France, took up a school teaching job in Chartres, the famous cathedral city an hour west of the capital. When that contract was up, Clair bought her plane ticket home and went out for a final lunch with her friend and her boss. During the meal, he offered her a new job teaching business English and she accepted on the spot. After a flying visit home, she returned to take up her new job and has lived in France ever since. Among her students was a shy young man who went on to become her husband years later, and the father of Clair’s three children now aged 11,13 and 16.

The teaching work continued for several years – but deep down Clair always knew it was a temporary solution rather than a vocation. Translation had long beckoned, even at university, but a wise tutor had told her to go out and experience the world first, and develop a feeling for an area she’d like to specialise in one day. At first, the advice seemed daunting, demoralising even, but over the years a clear specialism has emerged, in environmental topics, from oceans and rivers to forests – a fitting choice, given her beautiful surroundings, and Clair’s feeling of interconnectedness with the world around her. 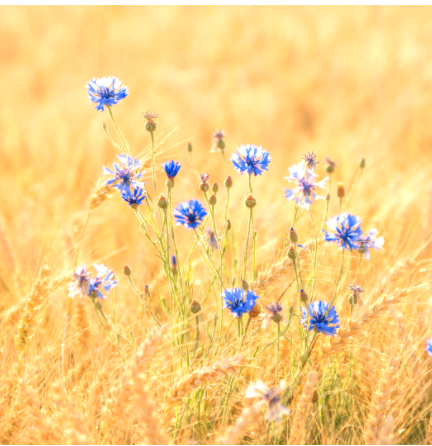 Another specialist area is photography, involving translations for festivals, exhibitions, and press articles. It’s also become a serious hobby in its own right, hence the stunning images featured throughout these pages. The initial interest emerged from the need to get out and about when her youngest daughter was just a baby, and has led since to several exhibitions around local landscapes. Taking these photographs is, Clair says, a way of integrating with the surrounding region, making it her own.

It was back in 1999 that she took the IoL Diploma in Translation and set up shop as a translator, while still carrying on teaching. When her husband took on a new job, they left Chartres for the area of rolling green countryside and sleepy towns and villages known as Le Perche. This involved more driving to work, but at the same time translation work was beginning to first trickle and then flow in, until one day Clair decided to take the plunge, ditch teaching and go full-time. And it’s a move she’s never regretted. 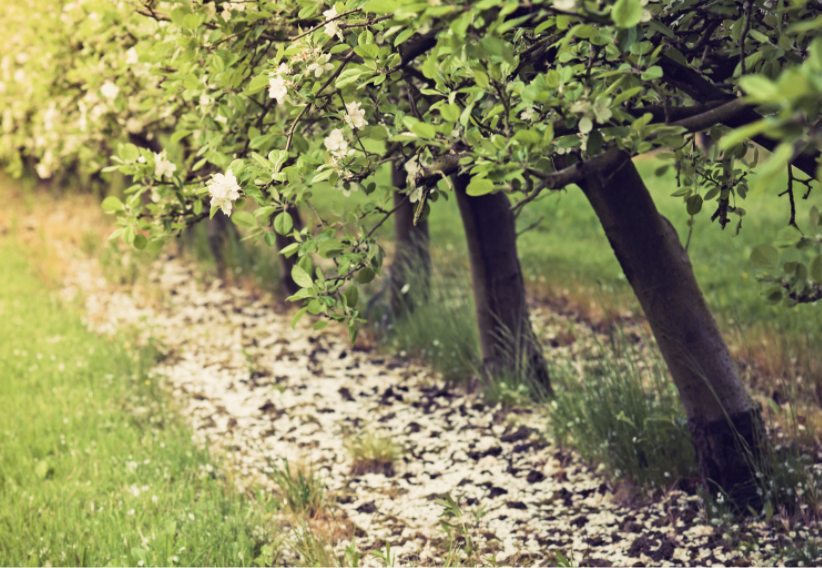 After some Internet research, she came across ProZ, signed up, and acquired a couple of agency clients to add to the two she’d found via a friend. One of them led to a 17-year working relationship. Since then, far more clients have rolled in of course, and to this day Clair loves getting stuck into big files, doing the research, exploring topics and bringing the author’s work to the wider world.

At the beginning, she worked long days, especially when she was teaching, but since the kids came along, she’s developed more of a routine. Now on busy days, she might put in an hour or two before they wake. Following breakfast and the school run, she will walk home on a fine day, always on the look-out for new material to capture on film. 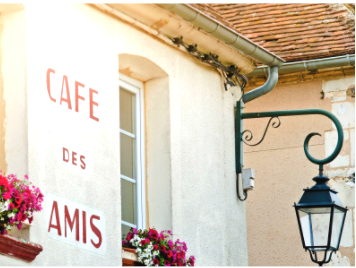 The rest of the day is devoted to work. Lunch is just a mini-break, either for bread and cheese or fresh veggies from the garden, which boasts its own permaculture plot and even features a beehive, with some chickens on the way! Along with the photography, the garden represents a welcome break from the computer screen, and a chance to do something much more manual. Activities such as these are a form of mindfulness, away from the busy world of emails, deadlines and priorities – more in tune with the natural cycle of things.

About 80% of Clair’s clients are in France, with the remainder scattered throughout Europe. At the beginning, she was wary of working with other countries – how to chase things up if they went wrong? So she naturally built up a client base in the country where she lived, and found plenty of work, which meant the need to look elsewhere never really arose. Over time, word-of-mouth brought in those other international clients, and the days of electronic bank transfers and general digital convenience have allayed those early worries… 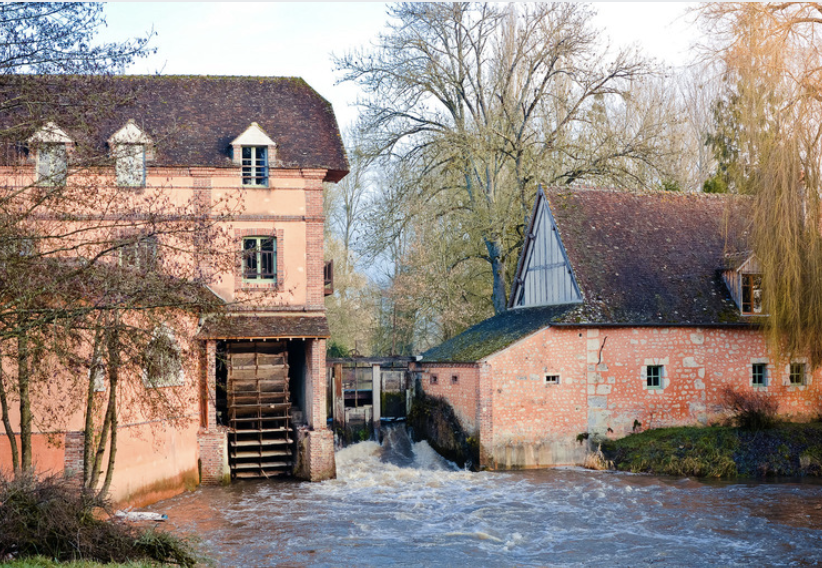 While living in the heart of nature is of huge benefit, it’s also the biggest challenge, especially as the Internet can be slow, not to mention occasional outages. When Clair tried a co-working centre in a neighbouring village, she often found she was the only one there, slightly defeating the object. But isolation isn’t an issue – Clair regularly works in close collaboration with two other translators who are always chatting on Skype and meeting up for events. And then there’s the SfT, the French national translators’ association which is great for networking, not to mention her active participation in a few Facebook communities …


All of which leaves Clair feeling fairly serene about her rural existence, enjoying a life of relaxing, cooking simple meals, no needing to be anywhere, even at the weekend, although Le Mans, Chartres and even Paris are just train rides away whenever a little injection of urban buzz is in order. It’s all about taking time to enjoy life and be happy with your lot. The British author Zadie Smith said “The past is always tense, the future perfect”, but even more importantly, the present is there to be savoured. And with a job she loves, surrounded by a lush backdrop, Clair is able to do just that… 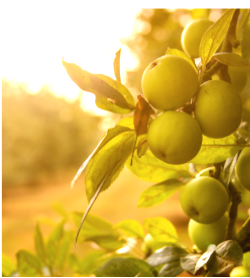 Her ProZ.com profile is: https://www.proz.com/translator/8328