When Donika Nasto was growing up in rural Albania, chewing gum was a scarce luxury, and you could only sink your teeth into an orange at New Year. The only bread available tasted so bad it needed toasting to be palatable. And the clothes you wore were likely to be hand-me-downs from older cousins… 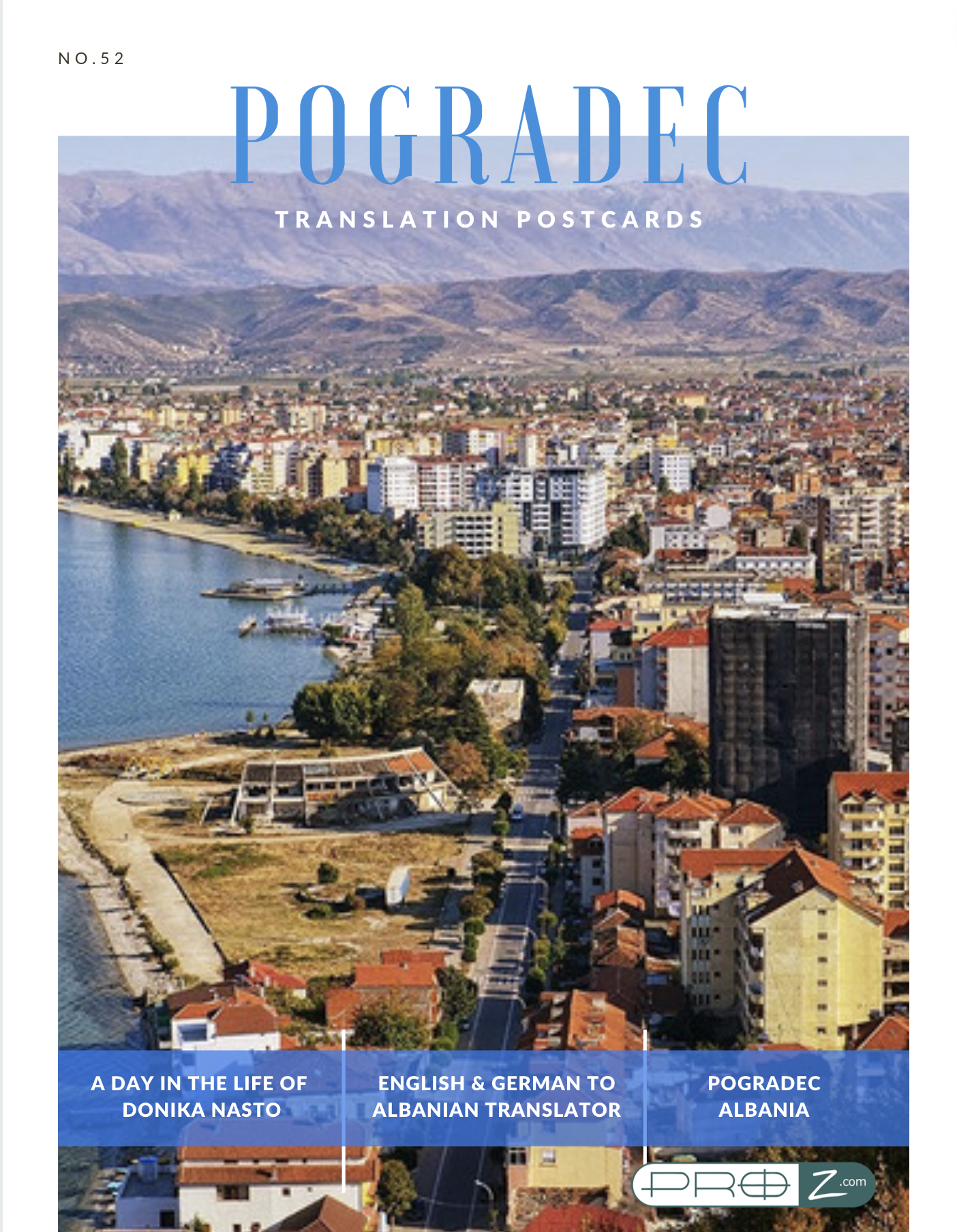 Coming from such a background, it’s no wonder Donika is particularly appreciative today of the perks of freelance life in Pogradec on the shores of Lake Ohrid. This small town on the border with North Macedonia is well known in the region for its famous writers and poets such as Lasgush Poradeci, Mitrush Kuteli, etc. Their works are a crucial part of Albanian literature. Pogradec is also the home of nationally acclaimed painters like Anastas Kostandini (Taso), Gjergji Lako, etc. And then there’s the rich folklore –  many songs and dances have been composed here down the centuries, with themes often based on the beauty of the lake and love of nature.

Although Donika grew up in a village, she studied and lived for a while in Tirana, the country’s capital, which we visited in an earlier Postcard. It was while still a university student that she met her future husband. Following her graduation and their marriage, they left the capital for Pogradec, where they both had the opportunity to work with a German NGO focusing on education and community development.  It turned out they needed German teachers and translators.

The couple initially decided to try it out for a year in 2005, to see whether life in the town would suit them. 16 years later, and with three children, it would seem the answer was positive. Less stressful than the capital, with less traffic but also less in the way of entertainment. Apart from in the summer, with its influx to the nation’s favourite seaside resort of seasonal residents from elsewhere in the country. Donika’s own 8-storey apartment block is occupied by only a handful of families all year round.

The town is undeniably a better place to bring up children, in Donika’s opinion. Like the capital, it’s also a mix of old neighbourhoods and Stalinist high-rises, with the odd glimpse of architecture bequeathed by the Ottomans who ruled the region for nearly 450 years. The quietness of the place, the temperate weather due to its position 700m above sea level, and its proximity to both North Macedonia and Greece are all plus points. 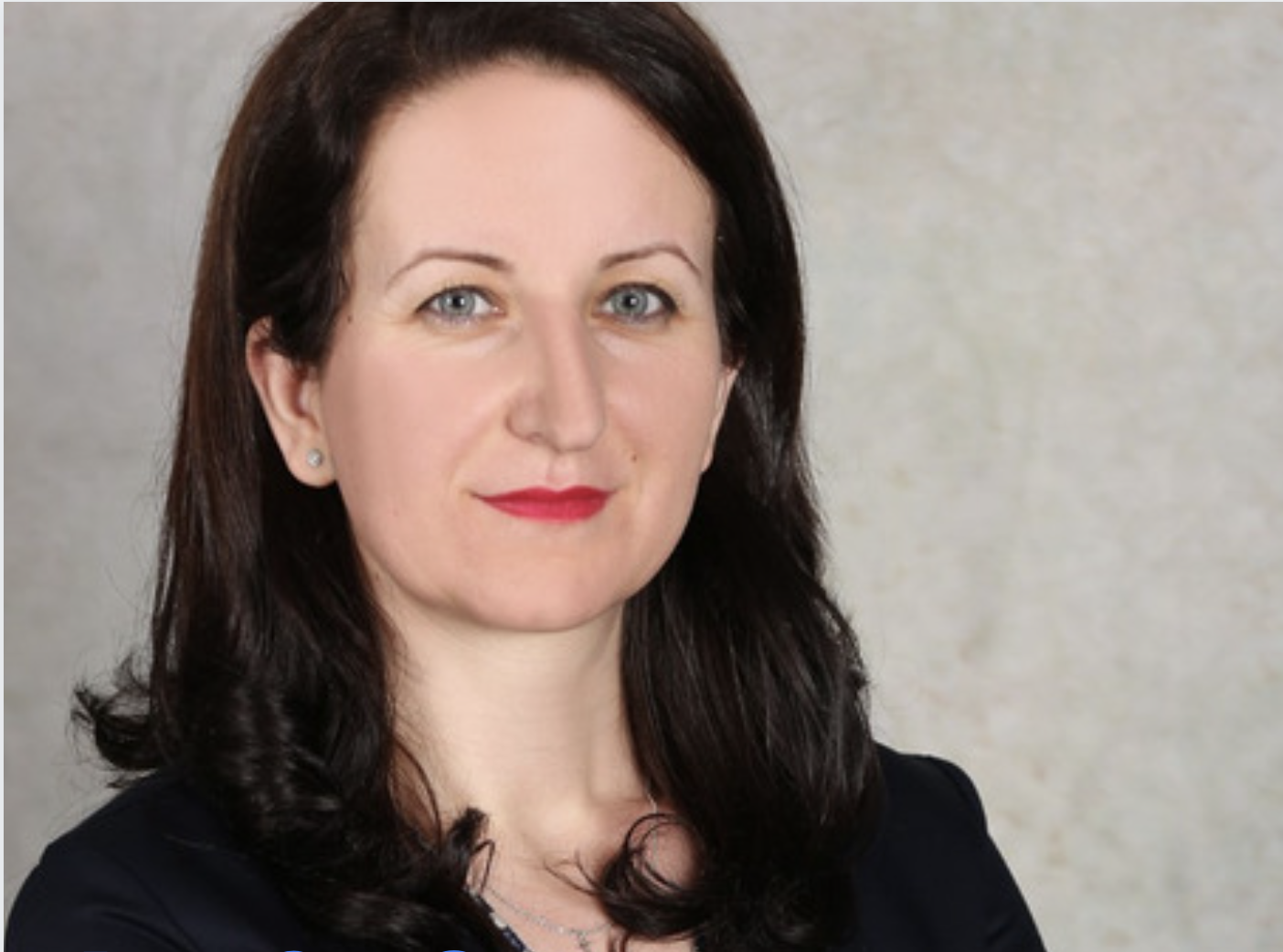 Donika’s first contact with foreign languages – apart from Russian, which was compulsory and which she claims to have forgotten completely – was at the age of 14, where she began studying German at a Vocational Foreign Language School. It was one of only 3-4 boarding schools dedicated to the subject nationwide. She then completed a 4-year degree course at the University of Tirana, graduating as a Translator and Interpreter of the German language. That set her up nicely for the NGO job, where she has worked as a German teacher, a translator and an interpreter, interspersed with experience as a project manager and executive assistant.

One fine day in 2009, she received the joyous news that she had won a scholarship from the German state and moved with her family to Magdeburg to complete a Masters in “Peace and Conflict Studies”. No easy task with a young family in tow, but Donika received huge support from her husband, who (unlike many Albanian men) was happy to take on the role of domestic manager throughout that time and kept everything running smoothly.

The course was followed by a return to Pogradec, and to the same NGO, except this time as Head of Department Education and Ethics, and Scientific Assistant to the Head of University, which involves duties ranging from creating programmes to communicating with professors abroad, translating their materials and interpreting for them in taught classes. It’s a role she occupies to this day, although now in the guise of School Development Programme Director.

It was not until 2014 that Donika came across ProZ, following a recommendation from a friend. She set up a profile without expecting too much, but found herself dedicating more and more time to the site, ultimately deciding to become a paying member in 2020. She brought SDL Trados studies, joined the Facebook group and between the online community and the training courses, she says she learned things that her university course had never covered. And also receives plenty of work through her membership of the site, as well as a range of invaluable networking contacts.

Feeling some pride at speaking a language known to few around her, Donika particularly enjoys being able to research and discover a wide variety of subjects – with a marked preference for translation over interpreting, with its more relaxed pace, and less pressure to come up with instant answers. 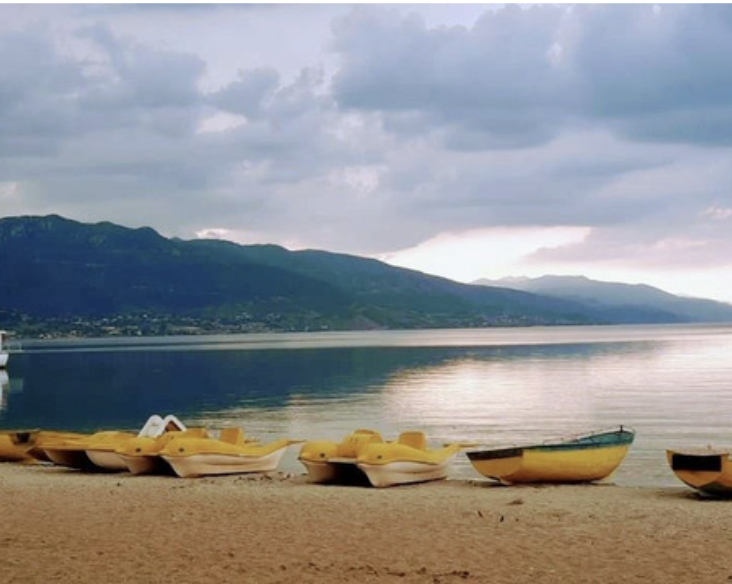 Citing the well-known metaphor of translators as a bridge, Donika adds an interesting element of her own. Sure, we connect writers and readers in different languages, but most of them have their eyes fixed on the other side, to such an extent that they are often unaware of the very existence of the bridge they use to get there. In other words, in our profession, the less we are noticed, the better our service is.

As with most translators in “minority languages” (in continental and global terms), Donika gets to work on a wide range of subjects … from court decisions to prisoners’ letters, and from car parts to Christian books. The latter is one of her favourite subjects – in a country with a fascinating religious mix of Muslims, Orthodox, Catholics and Protestants in the various regions, and she’s already translated three books in the field, as well as intensive experience over 16 years of both translation and interpreting. Another subject of predilection is legal studies – but because of the challenges involved, she is about to embark on a PhD in the subject. It seems Donika is truly indefatigable, combining these academic ambitions with her evening translation work, which often finishes around midnight, all on top of a full-time job! Oh, and did we mention the three children?

Her clients are both local and international, and she’s perfectly happy with both. As Pogradec is such a small town, her name and number are “out there” and many people call out of the blue, requiring her services. All well and good, but as people are unaware of what goes into producing a quality translation, their timelines are often realistic. Rates are not great either, but understandable, as local incomes are also low.

As you can imagine, the notion of “free time” doesn’t loom large in Donika’s daily life. Luckily, the provision of good meals at the workplace and the children’s school removes the need for cooking, and her husband continues to prove as supportive as ever. Just as well, as Donika clearly makes a great contribution to the profession, and we’re going to need her to channel her energies for many years to come. 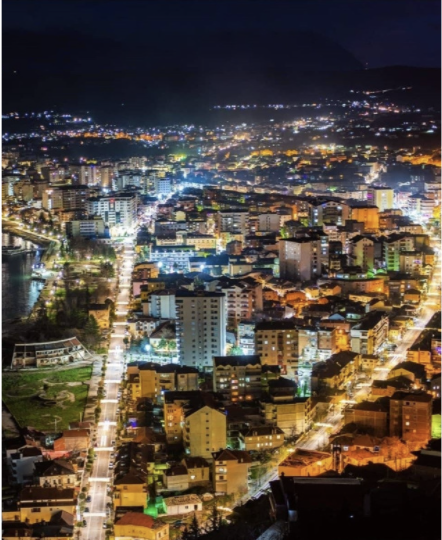