It’s the world’s highest capital, a bowl-shaped city in the shadow of the fabled Illimani mountain to the southeast, a rocky presence which has infused the country’s folk music, poetry and art for centuries. 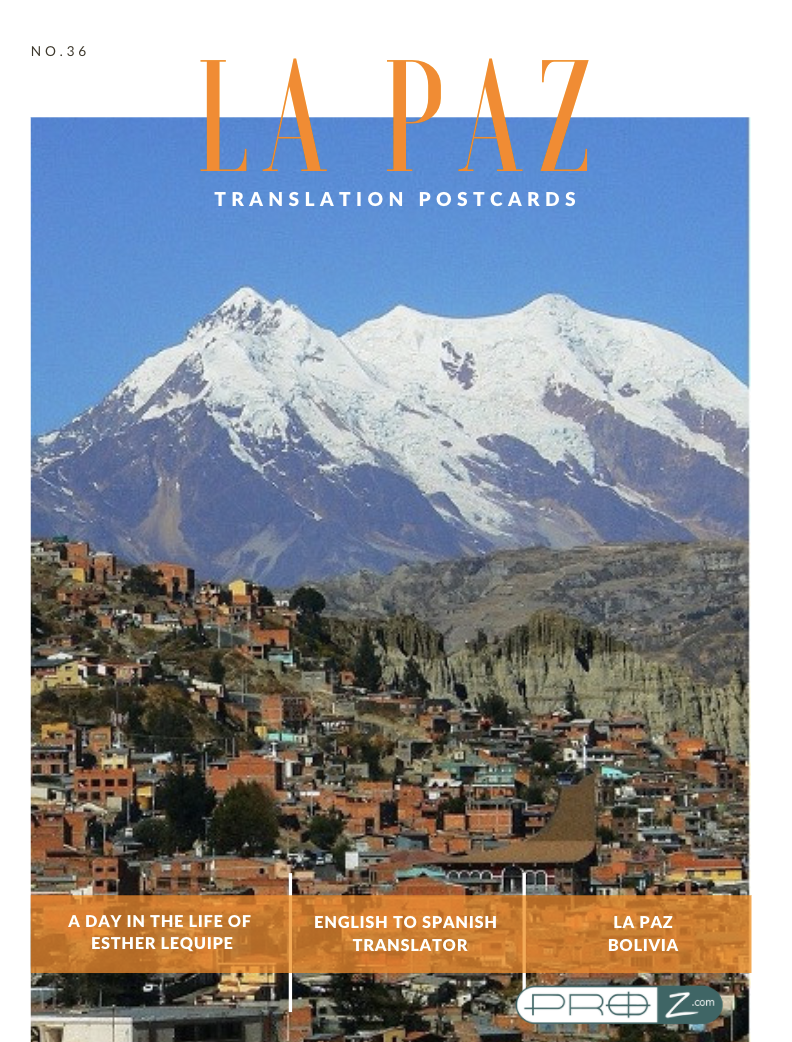 Once part of the Inca Empire, the city’s original name, “Chuquiago Marka” meant “potato farm” or “gold farm” in Aymara – the most prominent (of several dozen) indigenous languages, alongside Quechua. Following the Spanish conquest in the 16th century, the name was changed to “Nuestra Señora de La Paz” – an ironic choice given the violence of the colonisation period. They came in search of minerals, and by the late 16th century, Bolivian silver was an important source of revenue for the Spanish Empire. The quest for independence was launched in 1809 with the La Paz rebellion, but it took 16 years of war before the Republic was proclaimed in 1825. The new country, now known as “the Plurinational State of Bolivia”, was named in honour of the South American freedom fighter, the Venezuelan Simon Bolivar.

Today Bolivia boasts a population of some 11 million people, 68% of whom are considered “Mestizo” (a mix of indigenous and white), with the rest made up of native, white and Afro-Bolivians. Along with Paraguay, it’s one of only two land-locked countries on the continent, and so locals in search of the sea tend to go to Ecuador or Peru for their holidays, when not travelling further afield to Spain or Mexico. Otherwise there are plenty of other cities in Bolivia itself that are worth a visit.

Throughout the capital’s narrow and congested streets, the Aymara, in their traditional dress, can be seen working hard at the bustling markets, selling beautiful handmade products or fresh local produce, as well as a variety of potions, medicinal plants, spells and spiritual advice. In contrast to this traditional lifestyle is a cosmopolitan vibe, with cafes, clubs, bars and restaurants lining the city’s streets.

Due to the city’s high altitude and the multitude of things to see and do, La Paz is best explored at a slow pace, taking the time to soak up Bolivia’s rich culture and fascinating museums of history and art. La Paz is also  football mad, with two local teams perpetually vying for glory.

It’s a noisy, hectic  place, with multitudes of minibus drivers and their helpers shouting on the roads, to attract the attention of passengers. So chaotic has the traffic been in recent years that the city has created an innovative programme featuring volunteers dressed as zebras helping to organise traffic and pedestrian flow, helping people cross the roads and forcing cars into observing stop lights, sometimes by rolling on the road and playing dead. The successful programme has since been rolled out across other cities in the country. Still, if you want to escape the clamour and stress of the streets, you can always climb aboard a teleférico – which serves both as a tourist attraction and a means of transport, offering stunning views over the entire city. 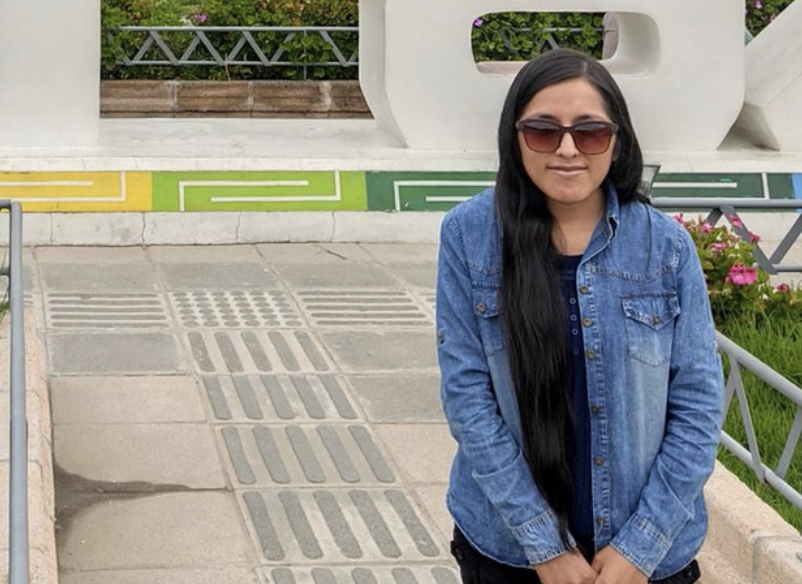 La Paz has been home to Esther Lequipe all her life, and indeed to her parents before her. One of five children, she’s only left the city for short visits, including a week in Peru on holiday. One day more extensive travel might be a goal however, as the city’s altitude means that winters are harsh.

A gifted language student at school, Esther spent much time learning independently and was admitted to one of the country’s most prestigious private educational institutions to study for a Proficiency diploma in American English. She then went on to study Linguistics and Languages at Universidad Mayor de San Andrés. It was during her final semesters that she began to take an interest in translation, and was selected to work in the Linguistics Department’s translation bureau for a year, while still completing her degree. She began translating a wide range of documents for NGOs and non-profit Christian organisations to hone her translation, subtitling, revising, dubbing and QA skills. Like so many language graduates in Bolivia, she has spent some time teaching in a primary school, as well as a few years exploring the main other career option, at a tourism agency. However, it became clear over time that her preference was for translation. While at the tourism agency she became a volunteer translator for TED talks, but in her thirst for professional learning Esther also sought out online courses and training programmes. This led to a Master’s in Audiovisual Translation: Localization, Subtitling, and Dubbing, picking up new tools and software along the way, and the eventual decision to go freelance.

It was in 2013 that Esther came across ProZ.com, but her first paid membership dates back to a couple of years ago, when she joined the commission-based programme. That inspired her to complete her profile with the aid of the support staff, and resulted in her being contacted by new clients. She’s since become a Plus member and has also picked up some work from LinkedIn and Facebook. Work has been uneven during the pandemic, but Esther has no doubt that as an introvert, this remains the perfect job. 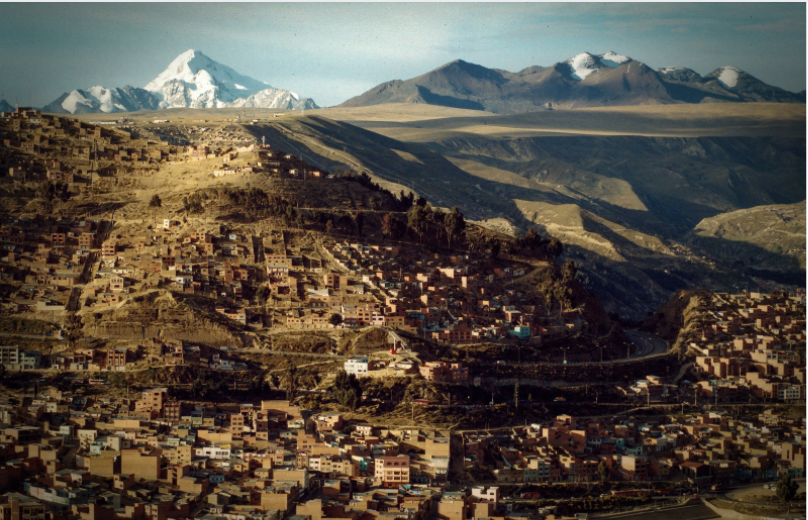 The day begins at about 8am. As a night owl, Esther finds that afternoons and evenings are far more productive than mornings. A committed evangelical Christian, she starts off with a prayer, then drinks warm water, perhaps with a splash of lemon juice. A work-out session and a little walk in the sun precede breakfast: oatmeal with plant-based milk and wholemeal cookies, or a cup of toasted ground barley, with a bread roll known as a marraqueta: a true Andean breakfast. Waffles and tea provide an occasional alternative.

The morning is spent on emails, quotes and translation, before cooking lunch and getting on with other house chores. The midday meal is often vegetable soup, or quinoa with vegetables, with very occasional meat. Highly nutritious Andean grains such as quinoa, but also wheat, barley and cañahua all figure largely on the daily menu. Any occasional ailments are treated with herbs rather than conventional medicines.

Most of Esther’s clients are international ­ – there is less demand for translation locally than in other countries. Occasionally local agency demands pop up through social media, but it’s hard to gain access to opportunities, as translation services are also offered by official language institutes as well as the US Embassy. The limitations of the local job market means that Internet access to opportunities in other countries is an absolute must. 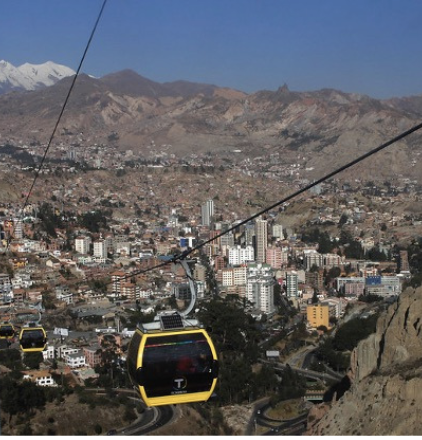 Most of the translations Esther works on are religious, or social media related, but there are also general texts, video lessons, and virtual meetings, either for translation, subtitling, captioning, or transcription.

A little post-prandial siesta is followed by an afternoon’s work – either for clients or not-for-profit voluntary communities and Christian organisations. A firm believer in hard work and effort, Esther offers a Bible quotation as inspiration “And whatever you do, do it heartily, as for the Lord and not for men.” (Colossians 3:23)  But voluntary work is also learning, all good practice and part of perfecting her career path. When time allows, she works on her profile, or continues her study of  French, Italian or Korean. The working day comes to a close around 11pm or midnight, but Esther prefers not to eat after that time for health reasons. 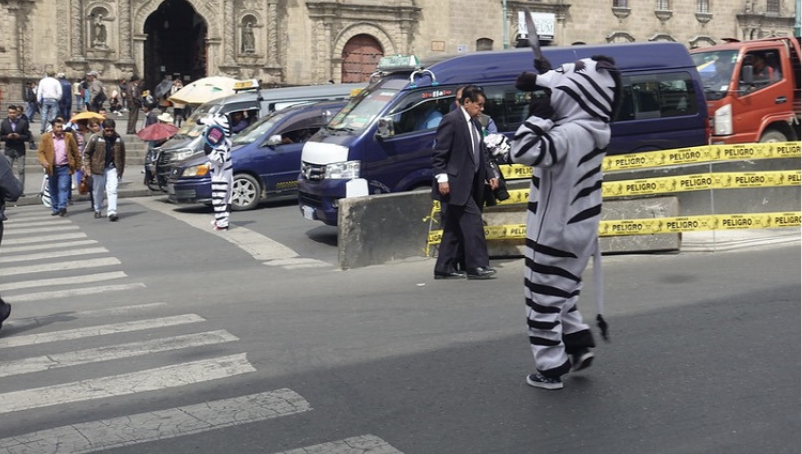 Esther doesn’t really have weekends – Saturdays are spent working and Sundays are devoted to church and occasional online study. But at least the day ends slightly earlier on these two days, around 10pm.

Between work, church and household chores at the family home, there’s plenty to get on with, and rarely a moment of boredom, and so Esther is content with her lot – here in this city that’s literally on top of the world. 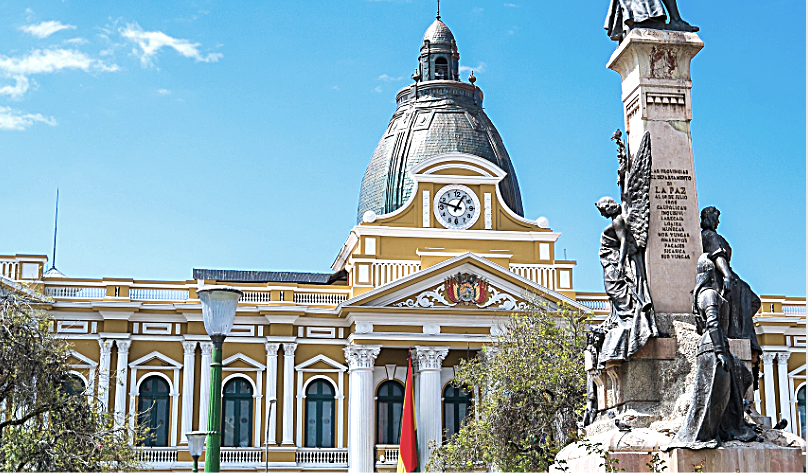 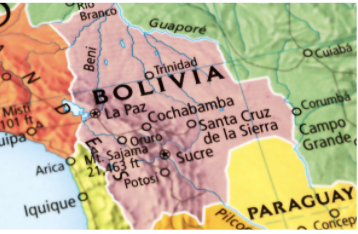