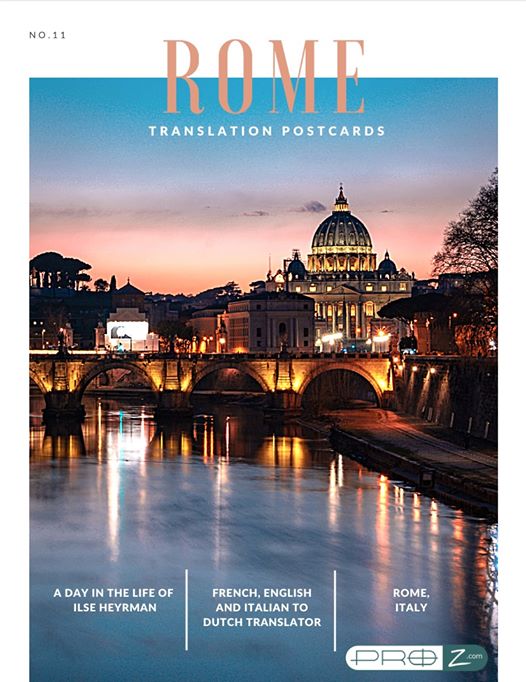 Coffee, style, history, fare bella figura, fine dining and excellent wine, art on every corner, winding shady streets, palaces and fountains. Beauty everywhere you look, and above all, light. There’s a moment, just before sunset, when the light in Rome becomes golden. More than a mere sunset, the air itself takes on a different hue, and bathes everything it touches in shades ranging from pearl to amber.

The dome of St Peter’s Cathedral towers above a city centre where no high-rises ever dare to block the view. But the city at its feat is an organic, disorganised jumble, where you can find an ancient temple smack bang in the centre, or where the Teatro de Marcello, inaugurated in 12 BC, now has multiple apartments in its upper floors, whose out walls still show the rounded shape of the original amphitheatre.

Climb to the top of the steps to the Campidoglio and look down the square designed by Michelangelo and the view of the city in front, and be overwhelmed by its beauty. Winding your way through narrow, shaded streets and walking onto the expanse of the Piazza Navona with its magnificent fountains will leave no one indifferent. 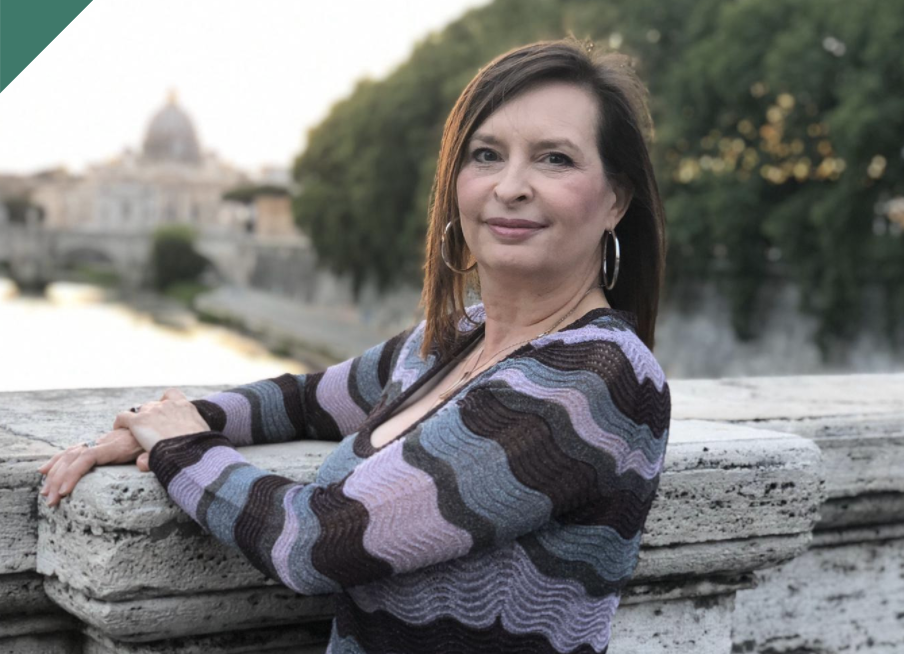 Rome, says Italian to Dutch translator Ilse Heyrman is neither tidy nor neat. It’s like “la mamma” of a big, chaotic family who never knows where all her children are. But when they eventually come home she welcomes them with open arms, and serves up some of the most delicious food on the planet – honest and simple, but prepared with exquisite ingredients drawing on centuries of tradition, and a variety of gelato flavours to delight the eye and the palate alike. If you’re feeling outrageously daring, try the doppio panna: whipped cream at the bottom of the cone, then ice cream, then more whipped cream.

Meanwhile, its people might have a reputation for not caring much for rules and doing whatever they please, but have a great sense of humour. They love traditions and always have a story to tell, spiced up with their distinctive accent. You’re never bored spending time with a Roman. Of course in Italy, which has been united only since the Risorgimento in 1861, the people of every region seem to have their own distinct characteristics. To the rest of Italians, the people of the capital are often described as lazy and chaotic, living off the wealth of the North. But such perceptions fall away when you actually live there, as Ilse has done since 2003.

But the story doesn’t start there. In fact, her career began back in her native Antwerp, in corporate communications in the telecoms and media & entertainment industry, working for Alcatel: she was often involved in teams creating communications around revolutionary new technologies, such as when ADSL made its first appearance. After several roles in marketing, she moved into events, organising the company’s participation in major trade shows and conferences, as well as sales training, team building and customer events, and even its presence at the Festival de Cannes, when the company morphed into its new existence as Technicolor. 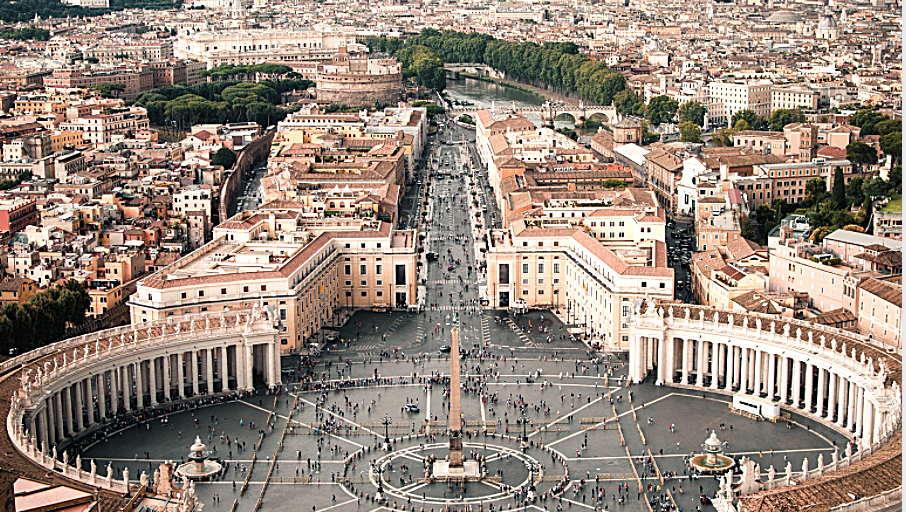 But all that changed when Ilse met an Italian working in the same company – even though they were unaware of the fact when their eyes first met. Although he was later posted to Oslo and Brazil, Ilse stayed put until he returned to Antwerp, reluctant to head overseas and become part of the expat set in a cocoon. But when his next mission turned out to be in Italy, and after another year of a long-distance relationship, she was finally tempted.


Still in her old job, Ilse moved to Rome, where her fluent Italian, French, Dutch and English (along with a decent knowledge of German) ensured that communications would rarely be a problem. When the company closed its site in 2014, Ilse worked part time for a fashion company, which involved translation of contracts manuals and specs, as well as some informal consecutive interpreting assignments and a new identity as a translator naturally emerged for the first time, even though her original qualification was in translation. That experience led on to subtitling, and frequent glimpses of translations in her favourite areas of art, tourism, marketing, and museums. Today she’s a full-time translator. 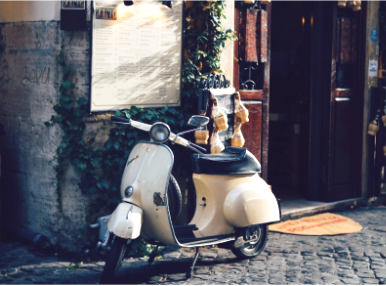 The day kicks off at 6 am, and some early-morning reflection and reading, before a bit of tidying up and a yoga class. After a healthy breakfast, work begins. Ilse is still in the process of building up a constant flow of translations, but on the other hand, after over 20 years in a high-stress job where a 60-hour workweek was considered normal, with constant travelling – much of it international – even during weekends and holidays, her newly-won freedom and occasional downtime is more than welcome. It’s a privilege being able to take that position, when you have a partner in a full-time job, but nevertheless Ilse has drastically cut her expenses on clothes and expensive skin care products since those high-flying days, and is happily discovering the joys of a life that’s simple, in which those yoga classes play an important part.

Her clients are mostly international, although one of her favourite collaborations has been with a Neapolitan artist, Luciano Ferrara. She’s currently also working on an academic written by a Belgian clergyman together with an Italian translator/reviser. This a country where resumes count for less than personal contacts, which is of course an advantage once you have them, but makes it more difficult for any foreigner who lacks the old school and family connections to get started.

Rates are not great in Italy, and there’s not much work for French, English or Italian to Dutch.

And the bureaucracy for which the country is famed is an added challenge. The number of rules and regulations is mind-boggling, and taxes are high. Not an ideal climate for small independent businesses….

Once work is done, every evening begins with a fresh, wholesome dinner. Now and again, a restaurant or a bar for drinks, and the weekend often starts with a pizza in any one of several favourite places where they know the owners, have their regular seats, and where their favourite pizzas and drinks are brought along without even having to spell out the order…

Meanwhile, at the farmer’s market on Saturdays, Ilse also has her “own” farmer, Lorenzo, who prepares a basket of seasonal vegetables and fresh herbs, with some little extra always thrown in for free. There’s always some friendly, personal conversation – a lot more than back in Belgium. Sunday might well involve a trip to a rural restaurant, perhaps in a village, followed by a walk. The food is plentiful, excellent, and always cheaper than in Northern Europe. 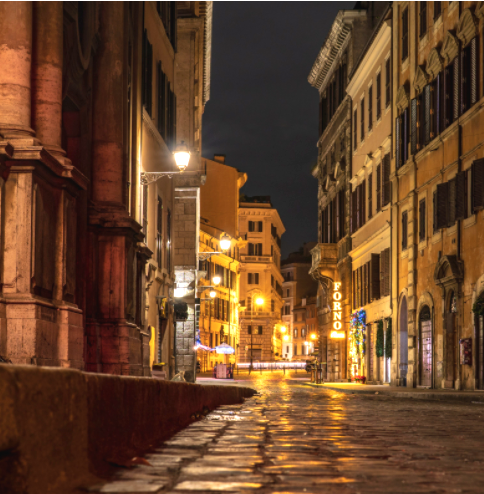 Or perhaps a stroll through the city centre, whose stunning vistas bring tears to Ilse’s eyes even after all these years. With its architecture, history, art, food and wine, there is plenty to delight the senses in Rome.

Perhaps in living in such gorgeous surroundings, Ilse has discovered one of the keys to happiness. As she reminds us, quoting the great English poet Keats, “A thing of beauty is a joy for ever.” 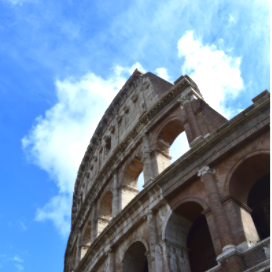