Close your eyes and think of Kenya. Chances are the first things that come to mind are majestic wildlife and famed long-distance runners. But there’s a lot more to the country than these easy clichés, and where better than Nairobi to start finding out…

The city centre boasts a thicket of similar-looking high-rises, all thrumming with business activity. Out on the streets, the traffic hoots and screeches, while motorbikes rasp as they weave between the cars, barely avoiding the mikokoteni (handcarts) that ferry supplies across the city. Nairobians are always in a hurry, rushing past you like a high-velocity wind, whether on their way to work, racing home from their evening shifts or gearing up for a night out on the town in all their finery.

Another layer of sound in this urban cacophony comes from touts shouting as they hang from the doorways of crowded matatus – people carriers that criss-cross the entire metropolis. Not to mention the hawkers clamouring for attention as they sell their mitumba – the second-hand clothes that constitute a huge market in Kenya. 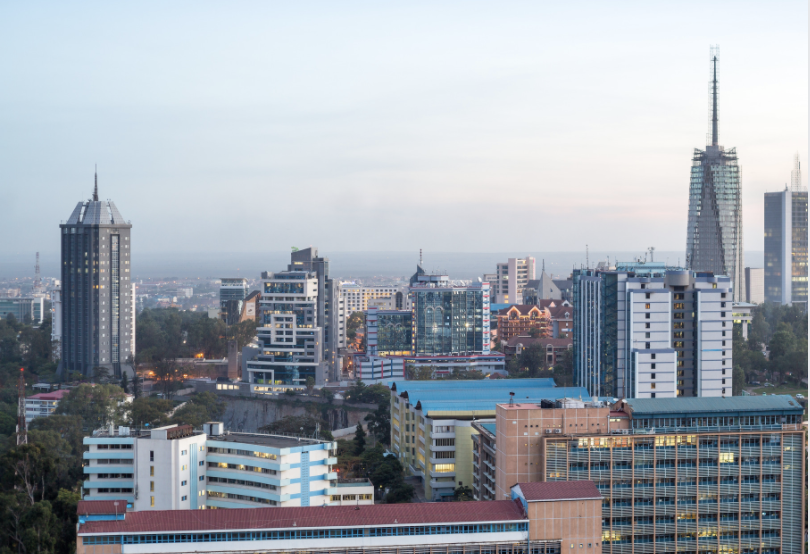 In addition to the noise, food is a key part of city life, with nyama choma (roasted meat) available everywhere, from the shacks known as vibandas to the city’s restaurants and five-star hotels.

And yet, away from the bustle and sizzle, the city boasts an entire national park within its territory – offering a welcome breather, and a fleeing chance to connect with the literal meaning of the word Nairobi: “cool waters”. It’s an idyllic reference that’s easy to forget in the city that never sleeps. 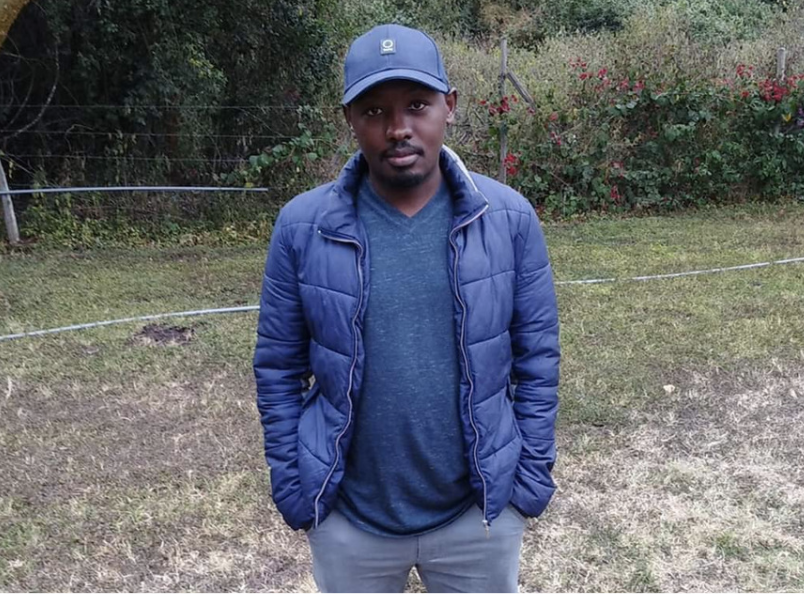 Translator Joseph Kuria was born and raised in the outskirts of the capital and grew up in four different counties – each with its own language and culture. Kenya is home to 42 tribes who speak over 50 dialects and languages – many of which are completely incomprehensible to each other. While English serves as a lingua franca in government circles, Swahili is the de facto national language. Nevertheless, most people clearly prefer to speak in their mother tongue on a daily basis. This linguistic melting pot is made even more fascinating by the emergence of a youth argot known as Sheng, which draws on many of the country’s languages, and is constantly changing – so much so that when shown a newspaper article outlining the latest slang words to hit the streets, Joseph only recognises about half, despite being young himself and deeply in tune with urban culture. 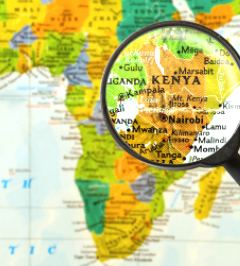 A Kikuyu speaker, Joseph was schooled in the mandatory Swahili – which his father also taught – from primary level onwards. On completing his BA from the University of Nairobi in 2011, he began work as a social researcher for various NGOs and government entities, and came face to face with the country’s language barriers on a daily basis as he travelled throughout the 47 counties, interviewing speakers of different dialects, some of whom spoke no Swahili at all.

Faced with this linguistic conundrum, it dawned on Joseph that a career in translating into Swahili, and building bridges across languages, was an option. Getting started wasn’t easy, amid government red tape and a lack of translation software – although Google Translate was a huge help (it usually is for beginners). But he soon stumbled across ProZ.com and wasted no time exploring the tools, the network, and the courses. ProZ also brought him his first ever client, exposure to CAT tools and a group of Swahili speakers providing informative and authoritative answers to KudoZ questions. He also began to find out more about the going rate, and managed to avoid the low-end trap from the outset. 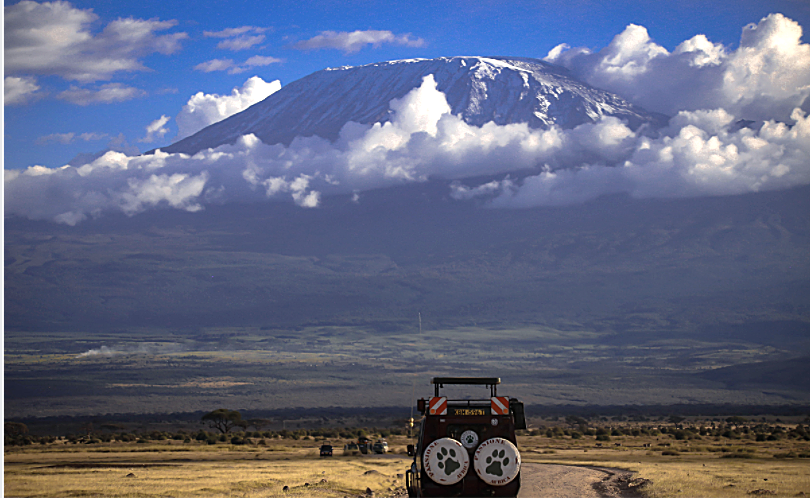 A typical day starts at 6.00 am with a jog of around 50 minutes, followed by a breakfast at home, which is also the office of course. On the menu are oven-baked sweet potatoes and his beloved factory crushed Kenyan tea, infused with rosemary leaves, ginger and lemon. It’s the perfect brew in his mildly chilly suburb 20km outside the city – boosting the immune system and keeping his mind youthful and clear. Work begins at 7 and often continues until around 1 in the morning, depending on the urgency of the assignment. Long days, but also a chance to revel in the liberty of a freelancer not subjected to the city’s choked traffic jams.

More tea is consumed all day – much more than coffee – and as a teetotaller, beer is not an option. There are no fixed times for lunch or supper, but Joseph cooks all his food himself, as neither refrigerated foods or street fare agree with him. His favourite dishes range from Ugali (stiff mushed porridge) with veggies, to mukimo (mashed potatoes, vegetables, and cereals), all prepared with rice with grains and fruits, which are found in plentiful supply. Once in a while, he tucks into some nyama choma, and in the evening, perhaps a bite of mutura (a delicious Kenyan sausage made with seasoned minced meat) – a favourite at the end of the day for Kenyans. No doubt it tastes better at night… 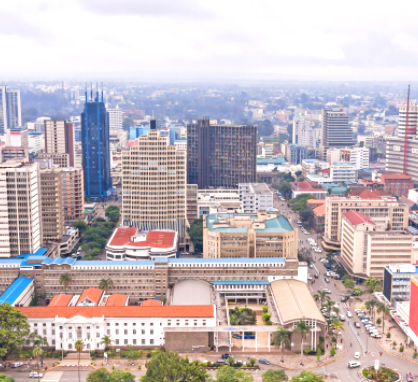 Most of Joseph’s texts revolve around medical/life sciences, with occasional forays into social sciences, education, government affairs and IT. His clients are both national and international, though the latter usually send more work.

Bureaucracy is a pain, with government departments imposing far too many stringent requirements. At times this can reach laughable extremes, as in the case where a huge agency located in Spain recently sent Joseph health- related technical translations outsourced by, you guessed it, the Kenyan authorities. A recent COVID translation was outsourced to a foreign company by a Kenyan agency that has Joseph’s name on its files, and found its way all the way back to his computer anyway.   It’s a source of irritation and frustration.

And while working for foreign clients is never easy, Joseph has built a number of long-term relationships at reasonable rates, with clients who have given him favourable reviews. Rates are never as generous – or payments as fast – as he’d like, but he knows how to stand his ground and defend his professionalism. 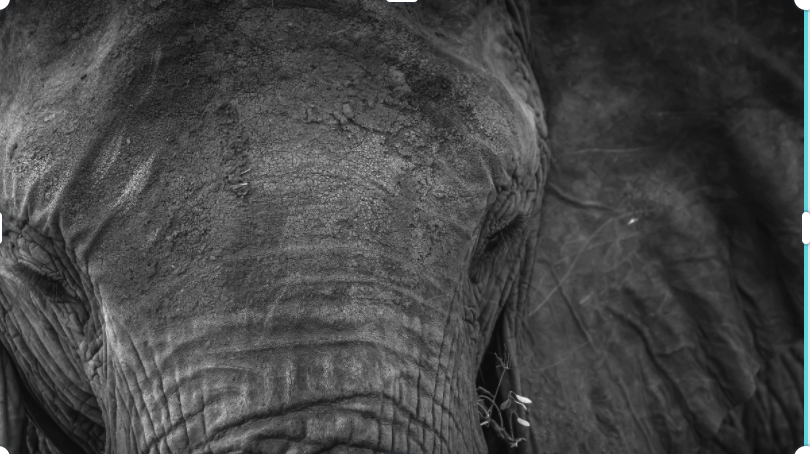 At least the Internet is superfast, and power cuts are nowhere near as frequent as in the past. What’s more, freelancing enables Joseph to work from home and therefore avoid the many expenses accrued by companies. Zero corporate taxation, no transport costs, no local municipality fees – and all the tea he can drink.

Weekends are not so different from weekdays, although there’s always time to watch some football, or set out on a hike through the many hills and valleys of Kenya. The perfect place from which to take the long view and contemplate a Mandela quote that somehow encapsulates everything that inspired him to take up languages and become a translator: 'If you talk to a man in a language he understands, that goes to his head. If you talk to him in his language that goes to his heart.” 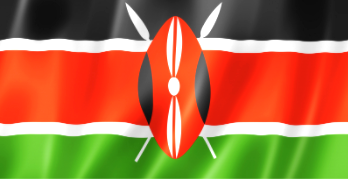