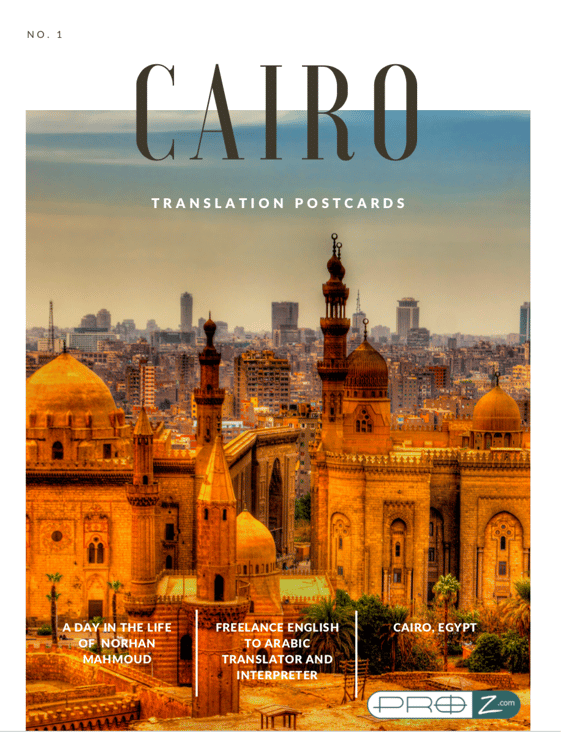 Throw open the window and the air is spiced with the aroma of freshly fried Ta’amya (the Egyptian Falafel) and Ful (fava beans stewed in tomato sauce), overlaid with less attractive but equally persistent topnotes of household rubbish, in both the poorest and the richest districts of Cairo.

The streets are clogged with honking traffic, inching its way through the noisy, boisterous city. At times it feels the only way to escape and gulp in mouthfuls of fresh air is to head down to the majestic Nile.

It's against this background, in the upmarket middle-class district of Nasr City, that 29 year-old Norhan Mahmoud plies her trade as a translator and interpreter between Arabic and English. A fluent anglophone without a trace of an accent, she has studied languages since she was six. Once she acquired her B.A in languages and translation, followed by postgrad studies in interpreting, Norhan became a member of ProZ.com in 2011 and began working as a freelance translator around seven years ago. After a few full-time projects at ministries and with NGOs, she is now once again sampling the joys of freelancing, and now runs her own business operating under the name Meraki.

Naturally drawn towards interpreting even more than translation, Norhan actually prefers consecutive to simultaneous interpreting, unlike many of her colleagues – being stuck in a booth is not everyone’s cup of tea. She loves interacting and speaking to clients directly, rather than through a microphone, and is never happier than when on a stage right next to the speaker, communicating directly with the audience, commanding the stage. 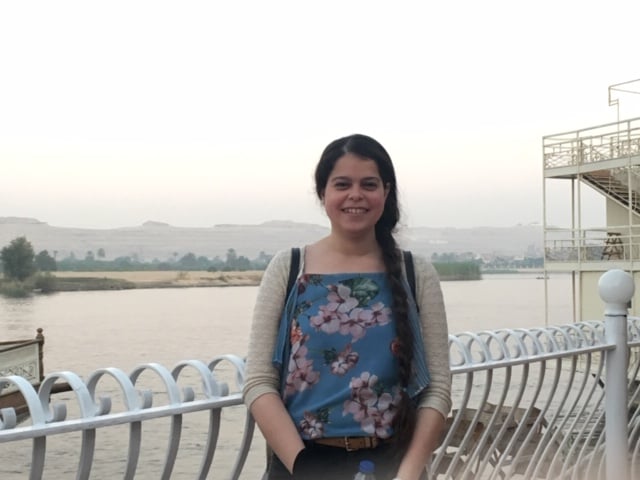 Her day begins around 7am, with a brief email check. It’s only then that Norhan gets up, has a shower and meditates. After breakfast – often a cheese and lettuce sandwich and a cup of tea with milk, or granola with fruit and nuts, comes stretching and yoga. She then works through till 6pm, although this can vary on the days when her kickboxing classes take place (this is one interpreter you don’t want to mess with!) Her tasks range from preparing for scheduled interpreting assignments to translating documents – her favourites are UNESCO and EU texts, plus anything in the food and tourism industries..

Her clients are both local and international, although the rates are usually much better with the latter. All the interpreting work is part of the local market. Norhan is steadily building up her reputation – essential in a culture where there can often be resistance to new talents. With the market limited to a handful of international organisations working in development, getting a foot in the door was no easy task for a young interpreter – particularly for a woman – and with a degree from the UK. Work was dominated by more established and experienced interpreters, sometimes irrespective of their levels of competence. But Norhan is an active networker and maintains close contact with her professors and other professionals, who have given her a helping hand on occasion, especially in the case of one agency whose founder is himself an interpreter and well-known for taking new talents on board. 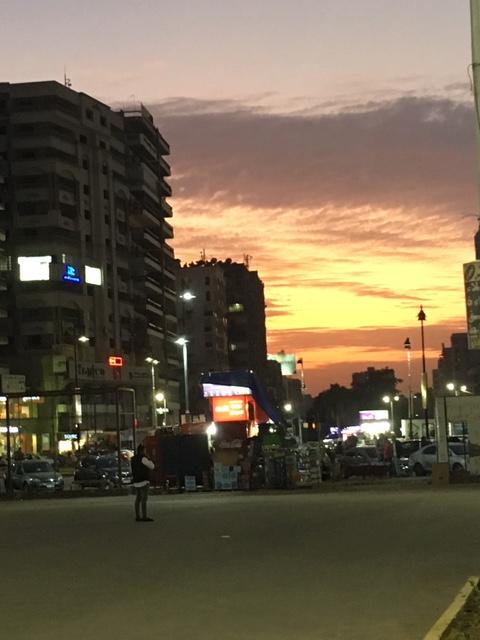 Another challenge that frequently pops up in Egypt is that everything is shrouded in secrecy – even for the interpreters themselves! There is little room for preparation, even having researched in advance, and agencies sometimes need to be bombarded with emails before they will divulge the key information.

As evening falls, the sinuous sound of the muezzin fills the air, never quite drowning out the roar of the city. Settling down to relax each evening, Norhan listens to music or dips into her library. One of her favourite books is the Big Red Book by Rumi, and as we leave her in Cairo, we might spend a moment contemplating an alluring quotation from the great Persian mystic:

“Out beyond ideas of wrongdoing and rightdoing, there is a field. I’ll meet you there.”