Iran is one of those countries that get a bad press internationally – we’re bombarded with images of fundamentalist mullahs, or women covered from head to toe, and dire warnings about nuclear programs… To such an extent that we tend to forget how multilingual and cosmopolitan its people are, not to mention the historic contributions of Persian culture to art, poetry, and civilisation.

The Persians were after all the first people to establish regular routes of communication between three continents—Africa, Asia and Europe. They built new roads, predating the Romans by several centuries, developed the world's first postal service, and  invented backgammon, batteries, gloves, bricks, algebra, and algorithms (the latter a Latinised version of the surname of the 9th-century Persian mathematician Al-Khwarizmi).

Meanwhile,  in today’s Iran, they don’t come much more multilingual or cosmopolitan than Parastoo Khoshpasand (pronounce the Kh gutturally, like a Scottish loch). Early in her childhood she picked up both Turkish (her mother is Azeri) and Dari – the quite distinctive variety of Farsi (Persian) sometimes used in Bollywood movies – simply by watching films and cartoons on TV. Her English is also flawless – learned from elementary school onwards, and through contacts with cousins as far afield as Sweden and the USA. And of course because Iran is an Islamic Republic, the learning of classical Arabic is also compulsory. In fact, Arabic and Farsi scripts are broadly similar, although Farsi has four extra letters. Add in a little Japanese learned from manga and anime and a smattering of Korean gleaned from TV channels beamed into the country and you have an impressive collection of languages.

Karaj, Parastoo’s home – is a small town just 50 kilometres from Tehran. The surrounding region is known as “Little Iran” because of its melting pot of citizens from all over the country, with their different cultures and accents. It’s become crowded in recent years because of its proximity to the capital, and the traffic jams are the bane of everyone’s life. But despite these modern inconveniences, it’s a city of four seasons. In spring you wake up to birdsong and take in the scent of the apple flowers in the Apple Garden, once the property of the sister of the late Shah. Summer is hot, with young people gathering in cafés and ice cream parlours at night. The leaves turn glorious shades in autumn, while crows caw in the trees, and the winter brings snow and silence, apart from the cries of children playing in the streets. And at the end of the day, the delicious smell of warm pottage cooked by your mother provides a welcome respite from the cold… 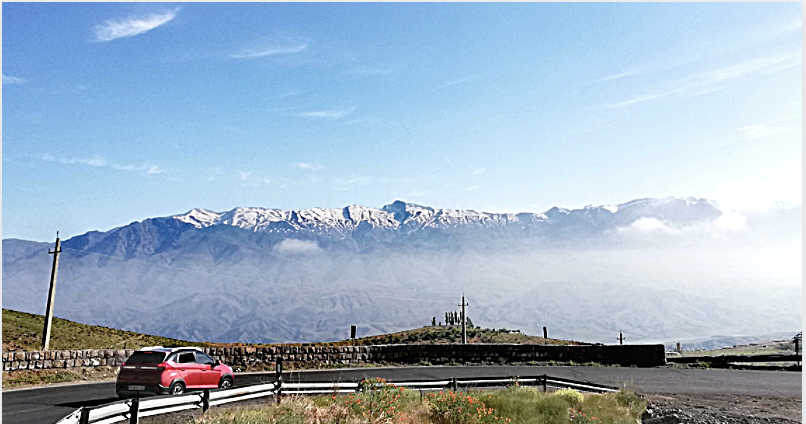 At the beginning of her career, Parastoo (whose name means “swallow”, as in the bird), studied English to Farsi Translation in Chabahar Maritime University, fully 2,000 km further to the South-East of this vast country – there are flights of course, but are also buses that ply the 32-hour route for the brave-hearted. The seat of learning is renowned throughout the country for educating great mariners and translators.

Apart from that, Karaj has always been her home. Born into a liberal family, she has learned like so many others to navigate the society and culture she lives in with skill, observing the strict norms (head covering, etc) when out and about, but maintaining her own intellectual independence, believing in Islam, but “in my own way”. This dual approach to life applies, she says, to large numbers of Iranians, who keep up outward appearances but often reveal their truer selves on social media, where they feel free to enjoy their lives like young people everywhere.

The first work opportunities came along straight after her first semester of studies. While at university she was also introduced to ProZ.com by her revered professor Dr Beikian, who taught his students to be confident about their translators, cultivate reliability, pursue their own businesses and aim for success.

That first degree was followed by a Masters at Imamreza International University, after Parastoo had picked up some experience at a logistics company, where she worked as a translator and secretary. Her Masters thesis focused on international crowdsourcing in the context of translation, although it proved a challenge at times to glean information from national colleagues – often the case in wary, competitive markets. But with the support of family and friends, she persisted it and emerged with her qualification.

That was followed by a year and a half working for Huawei in Tehran as a secretary and office coordinator, adding yet more skills to her collection. The work involved a great deal of translation, as well as teaching English to the teaboys who needed to communicate with the company’s Chinese staff. It also meant commuting by shuttle bus every day into the capital.

In a country like Iran, the benefits of a steady job, with its insurance payments, retirement contributions and so on are often a major factor in the decision to seek employment or go freelance. These days, Parastoo works at BAT, as a personal assistant and office coordinator – once again requiring plenty of translation from Turkish to Farsi and vice versa, alongside English to Farsi texts – all the while continuing her activity as a freelancer when time allows. All against the backdrop of the pandemic of course, which has seen her work far more from home – only visiting the factory when necessary. The working day is from 8am to 5pm – involving plenty of emailing to company members, along with copious amounts of translation of technical and legal texts.

One of the advantages of this remote working period has been the chance to enjoy home cooking courtesy of her Mum, featuring national delicacies such as Ghorme Sabzi (herb stew), Gheimeh (mutton stew), and Kofte Tabrizi (meatballs), all washed down with plenty of tea, as is the custom in Iran, not to mention an abundance of biscuits and sweets. Now that meeting friends at the cinema or trying out various international cuisines is no longer an option, Parastoo occupies her time at home playing the violin (both classical Western music and Persian songs) and learning both French and Italian. 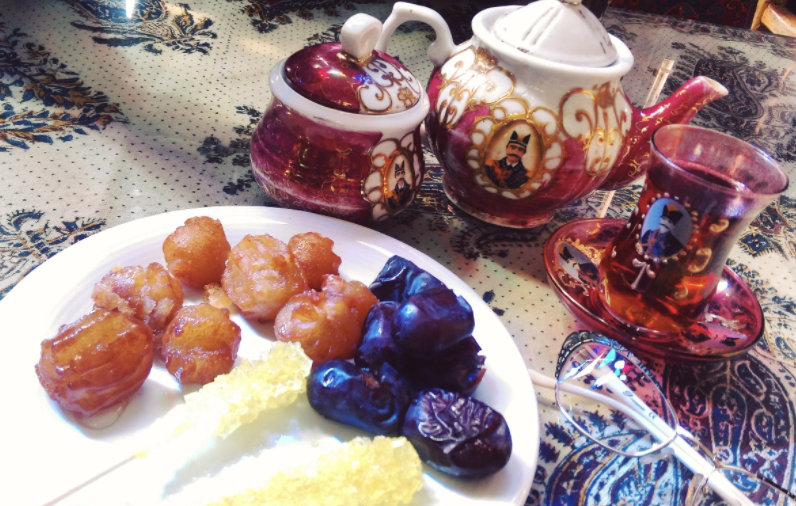 Her work on the freelance front has brought her into contact with both local and international clients, and like so many colleagues, she prefers the latter. Their reliability when it comes to payments for example is a real asset, although that has been made far more difficult by sanctions, which have made even the prospect of contacting clients abroad a challenge. With local clients, things can be far more temperamental, and rates are of course lower, not to mention the backdrop of extreme fluctuations in the value of the Iranian rial against the dollar. To make matters worse, there’s no national translation association, despite the dire need to act as one and tackle pricing issues collectively.

Life has definitely become more stressed and anxious in recent years – compared to her memories of childhood. For this reason, the future might well involve studying abroad in Canada or Europe. These days it’s not so difficult to leave the country – as long as you have a passport. The problem lies more often with the host countries, who are reluctant to give visas to Iranian citizens. But in her perspective on life, Parastoo remains an optimist and sees few such barriers. Her firm belief is that we’re all human, we’re all one.