Throughout history, the general direction of migration within countries has been from the rural areas to the city. The imperatives of escaping labour on the land or seeking work and a regular wage have driven millions to pack their meagre bags and set out for their national or regional capitals. 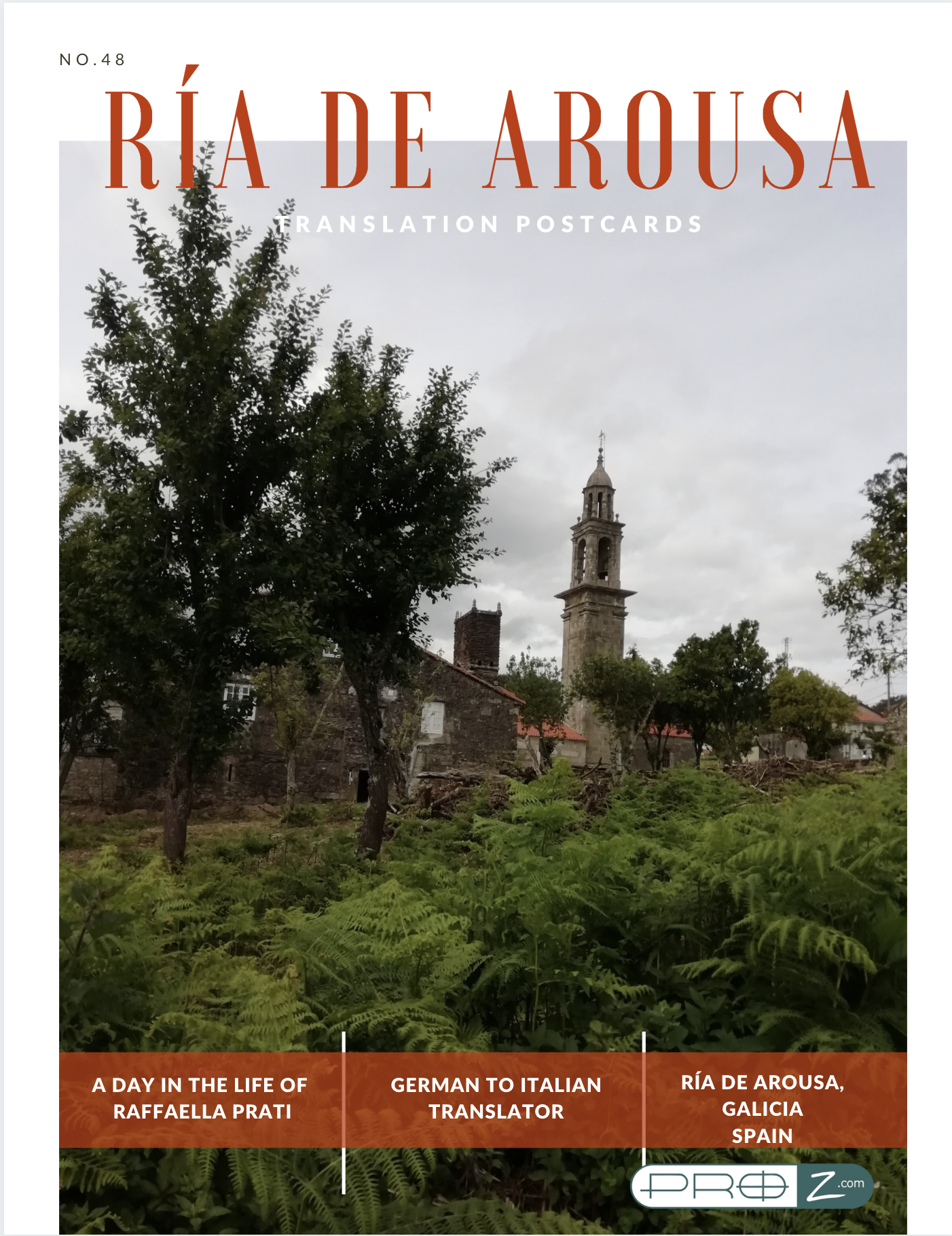 The idea of choosing to move in the other direction is a relatively recent concept, unless you were royalty or rich. But these days, with megacities exploding, it’s easy to understand the desire to flee the madding crowds or the search for peace of mind and a more tranquil existence, and for greater connection with nature. 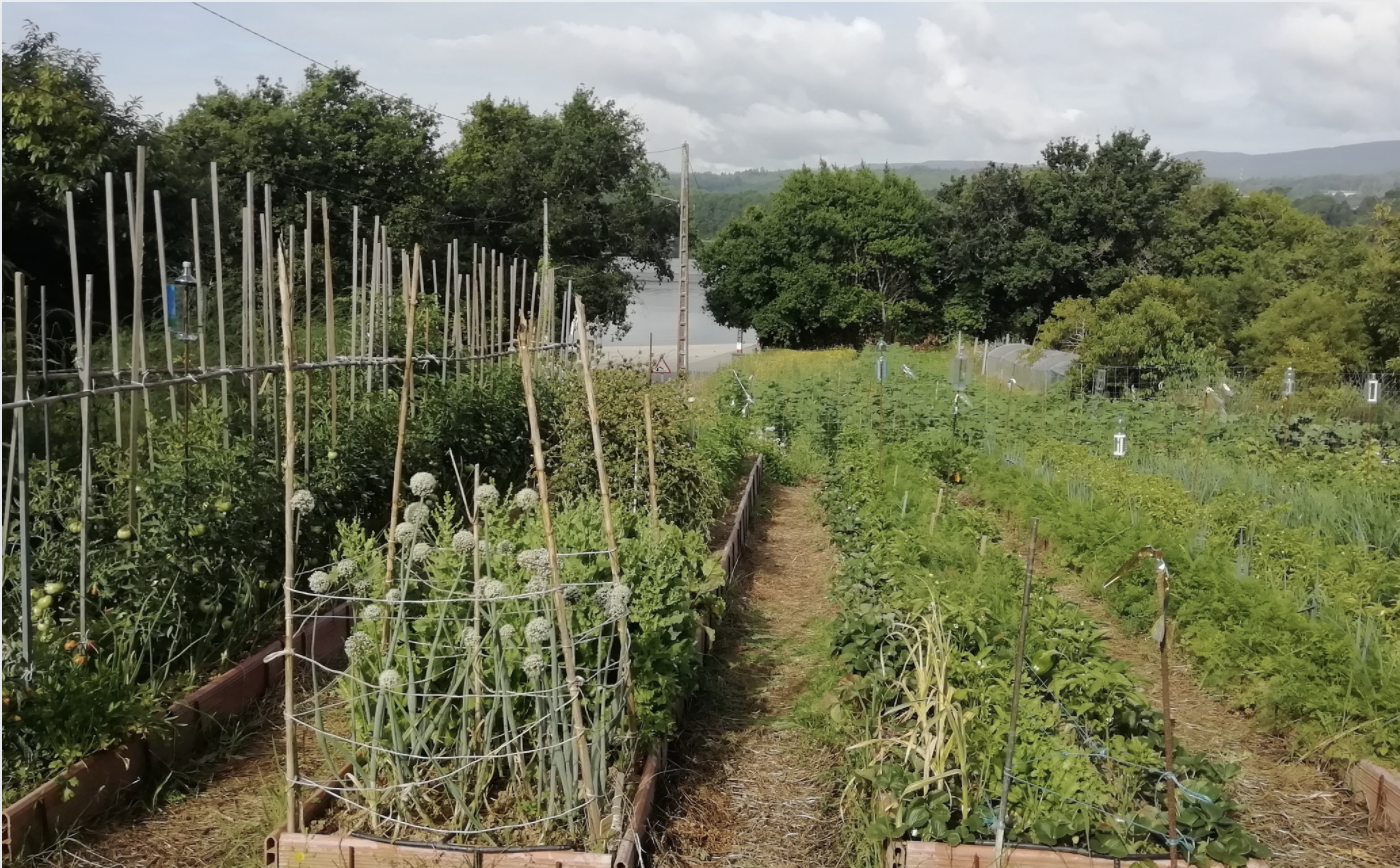 Such a move proved to be a dream come true for translator Raffaella Prati. Originally Italian, from the Lake Garda area, she had spent 12 years in Madrid, a place whose climate can be described as nueve meses de invierno y tres de infierno (nine months of winter and three of hell) but this year sought out the rain and fog of magical Galicia. Now she lives just 50 metres from an estuary in the Rias Baixas region, an hour north of the Portuguese border and half an hour from the fabled capital and pilgrimage site, Santiago de Compostela in a village so small it doesn’t even appear on Google Maps. Quite a contrast, then, from the Madrileño lifestyle… 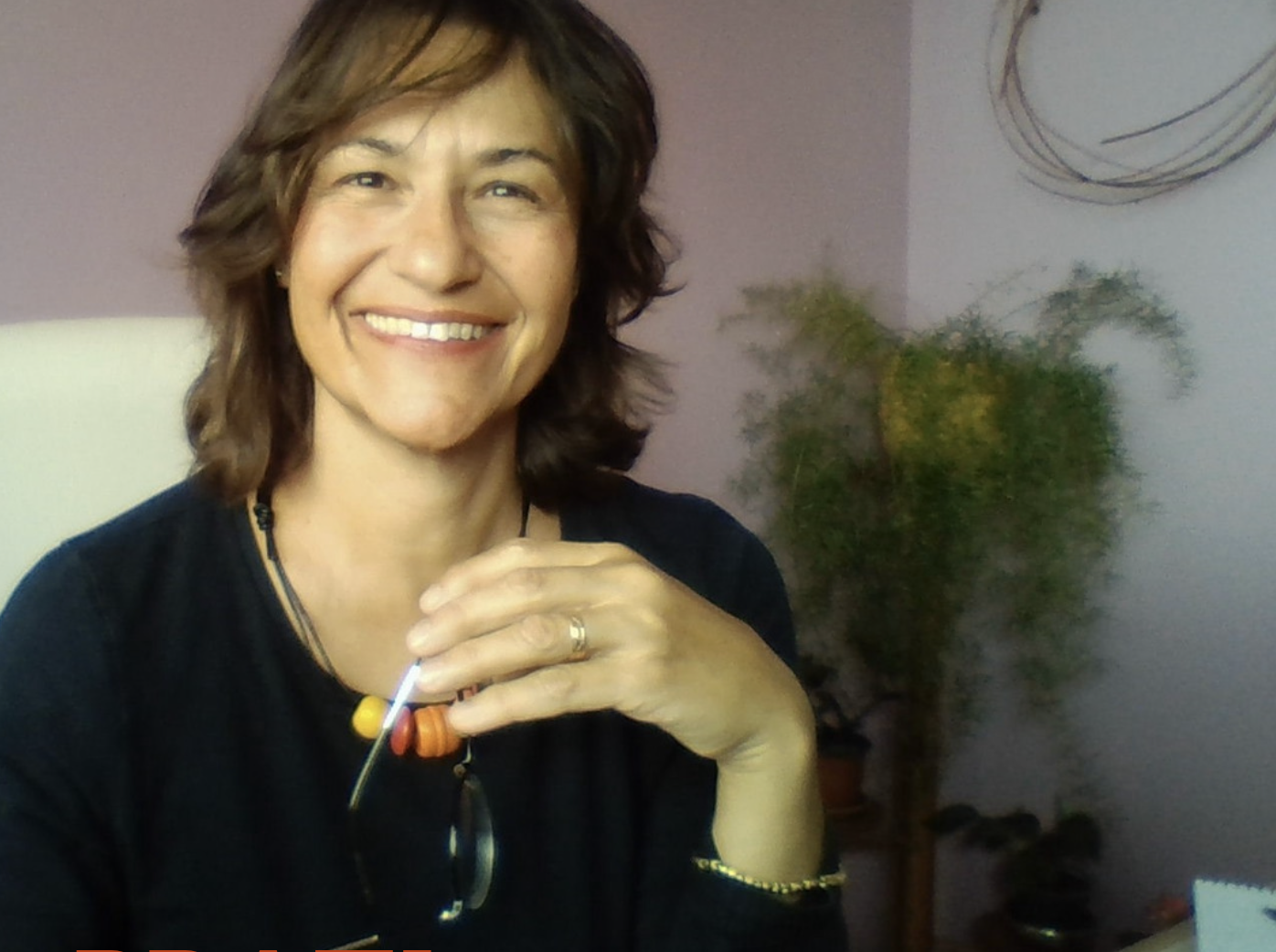 Looking out of her window, she can see her orchard and little garden, the paths into the woods, the estuary itself and the prehistoric promontories beyond. Rich in fish in the past, the decline in stocks is noticeable, but there are still flourishing industries for mussels and clams, and the waters are still full of diverse life forms, including species of dolphins. The beaches are popular with families in summer, and a great place to enjoy a cold beer, while hidden coves stretch all along the coastline beyond.

And then there are the colours! The greys of fog and rain (rubber boots are essential here), but also fifty shades of green, from seaweed to ferns, not to mention oranges and lemons, the pink-violet heather, the white-red-pink of camellias, blue and purple hydrangeas and the brown ferns ad chestnuts in winter. Unlike the city, here you see the stars at night, hear crickets in the evening, and revel in the chorus of birdsong that accompanies your every outing…

Religious symbolism abounds  – shrines, statues and crosses dating back several centuries, picturesque parish churches and cemeteries. But there’s also magic and mysticism in the air – Celtic Galician folklore is alive with witches who inhabit the woods, waters and mists, and secret recipes of fragrant herbs that date back to pagan times. Even Raffaella, though certainly no witch (!) has become a keen amateur herbalist – on two occasions each year (St John’s and Walpurgis Night) she places bowls of water filled with herbs overnight in the moonlight and to gather dew at dawn, for drinking and washing. Meanwhile, in the village, many a doorway is adorned with hanging bunches of broom, as are garages, warehouses, stables, chicken coops and even vehicles – in reference to those flying witches.

Easy therefore to see the attraction for a translator like Raffaella – once her son left school and headed to Italy for university – who describes herself as having been practically born translating. She did her first paid translations as a teenager, translating correspondence between boys from a neighbouring town and Germans who’d arrived as tourists and left as girlfriends. Then in her university years, she often worked as an interpreter and translator for local manufacturing companies, mainly from German to Italian. That was followed by a stint at a company in Verona which manufactured trains for Deutsche Bahn. That experience – with its faxes, technical sheets, specifications, DINs, electrical diagrams, reminders and quality reports paved the way for a lifelong fascination with all things connected with trains and railways. 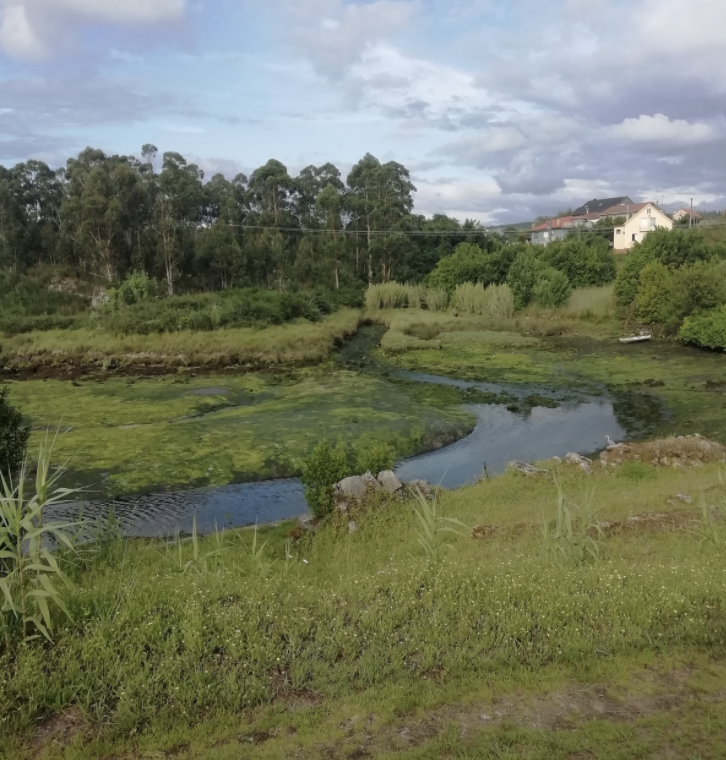 Raffaella later worked for a small company marketing marble, granite and stone, which turned out to be a less enjoyable experience, and led to a decision to quit being a full-time employee by the age of 35. This she did with no clear idea of what would come next, apart from vague plans to work at a translation agency in London. She landed there in 1999 and enjoyed the professional experience of collaborating with other translators immensely, even though the city turned out to be too big for her tastes. The next step was to go fully freelance, and return to Italy. At a certain point, one of her agency clients offered her a trip to assist engineers in Finland – which led to her meeting her first husband, the father of her son. It was also in Helsinki that she first came across ProZ.com, which has long served as her main gateway for client acquisition, and for building lasting relationships with colleagues, not to mention the benefits of the Blue Board and the various training courses she’s signed up for.

Years later, with a flourishing freelance career, Raffaella now relishes all the freedom of setting her own hours and working on a variety of topics. Like so many of us, she’s easily bored, and loves the range of subjects she gets to write about, from technical specifications on the construction of ultra-modern tramways to manuals for the installation of bin-emptying machines…

She made a clear decision to go for European clients, not least because of the ease of payments, and tends to prefer Swiss and German agencies over Spanish and Italian ones, for reasons most readers can no doubt guess. In terms of subjects, technical and IT texts are far and away her favourite – detailed, factual and clear, although she’s becoming increasingly interested in transcreation. 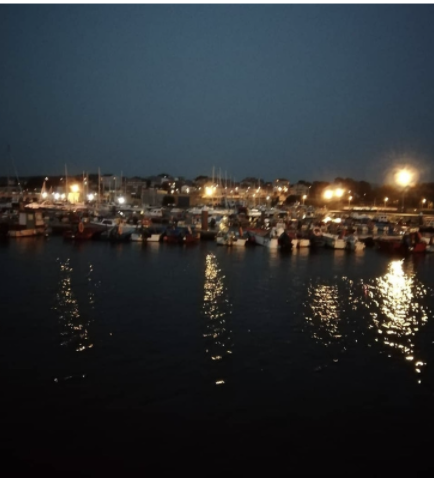 Away from the rhythms of city life, questions of daily routine fade into the background, although some things, like a large piping hot cup of black Italian coffee in the morning, are regular features. Having left a life where routines were laid down by office guidelines, or the dictates of bringing up children, a life without fixed times for waking up, for example, is clearly tempting: time to throw off structure, and to cede to more natural rhythms.

Another constant in her day is the need to hydrate, plus a much healthier diet than back in the city, particularly as her husband is a keen gardener, whose vegetable garden provides everything from chard to asparagus, courgettes to cucumbers and beetroot to tomatoes, not to mention those herbs of course, all fertilized using natural systems. Then there are the avocados and other fruits from the orchard, the fresh eggs bought from the landlord with his passion for organic food, the meat bought from the local butcher and the fish caught by her husband himself. 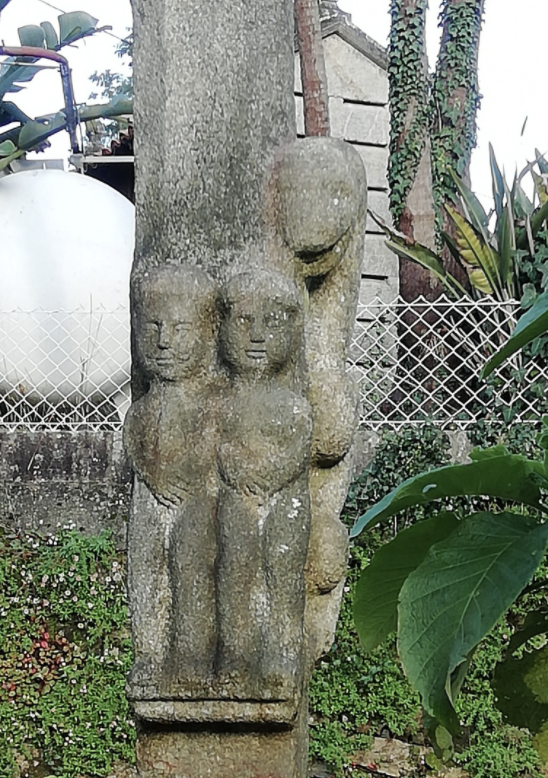 It all sounds rather idyllic – even the weekend cleaning of the house which Raffaella claims to enjoy – it brings a sense of harmony and freshness and engenders a feeling of being in control of life. What’s more, it’s an activity she prefers to do alone – despite the insistence of her husband. And when all that’s done, there are little boat trips out on the estuary, to enjoy the calm waters.

Given her sense of gratitude for daily living, and for the simple pleasures of life, it’s no wonder Raffaella sums up her state of mind with a folk saying which speaks volumes: Amanece, que no es poco, which might be translated as “A new day dawns, and that’s no small thing”. 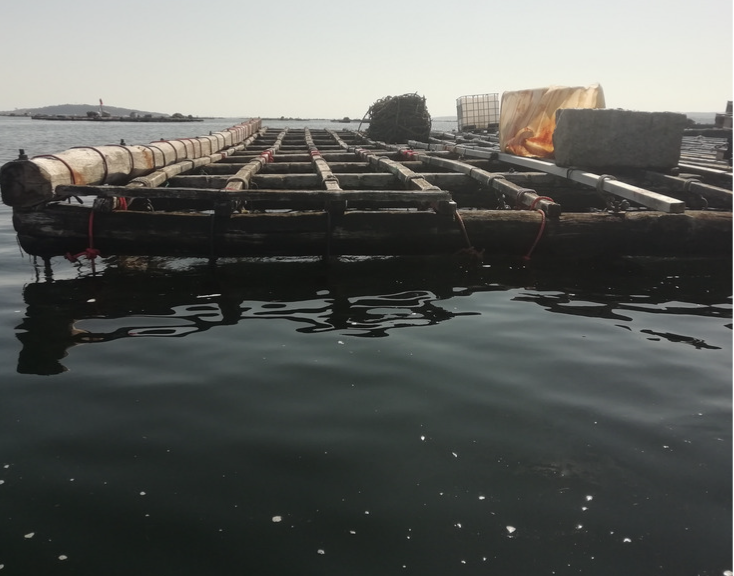 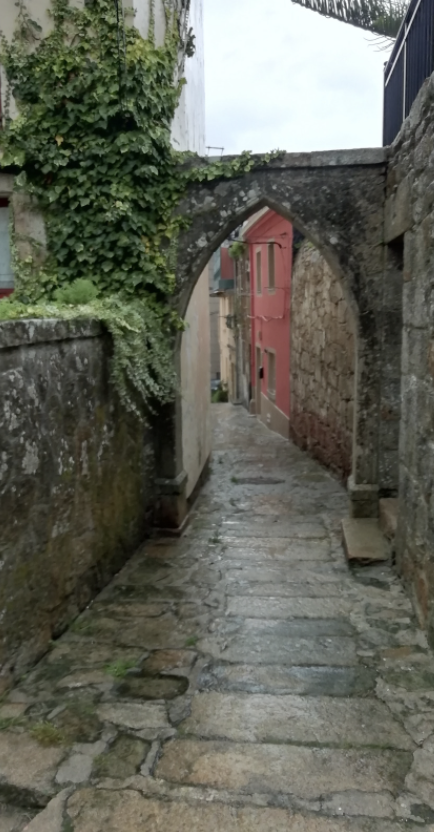