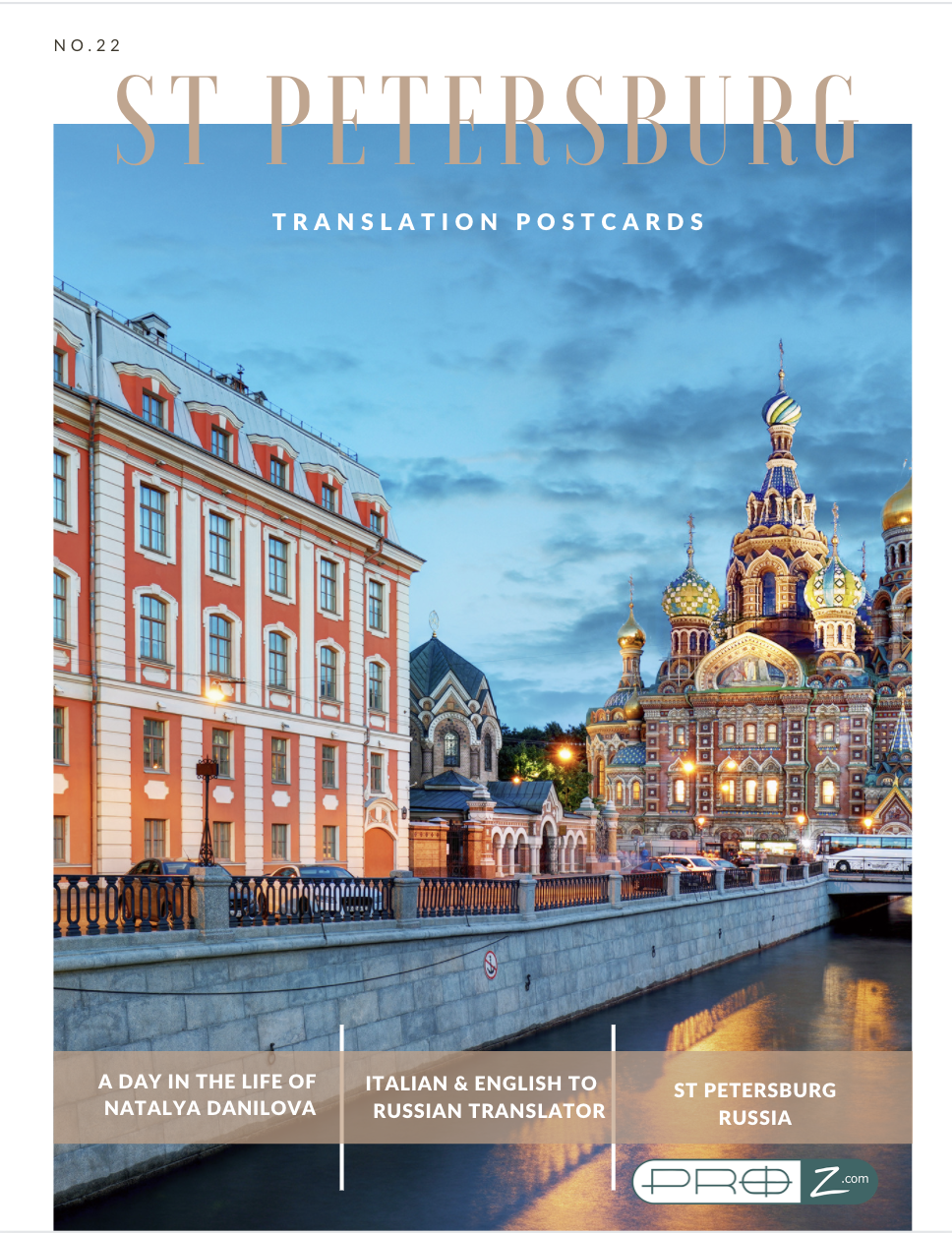 Walking down Nevsky Prospekt, the main street in St Petersburg, you could be forgiven for thinking you were in Western Europe. That was precisely the intention of Peter the Great, when he founded the city in 1703. He set out to make his imperial capital a “window on Europe”, complete with Amsterdam-style canals and grand theatres, opera houses and museums. It remains the country’s cultural centre to this day.

St Petersburg was built on marshes, involving huge sacrifice, and served as the capital for 200 years. The scene of the October Revolution in 1917, it relinquished its status in 1918, when the  Soviets transferred the government to Moscow, to distance the capital from the vulnerable state border. Renamed Leningrad in 1924, a few days after Lenin’s death, the population endured a terrible siege in World War II, when supply lines were cut off by the Nazis for 872 days, resulting in a  million deaths. The city only reverted to its original name in 1991.

The busy port looks out over the Gulf of Finland, whose skyline is now dominated by the controversial Lakhta Centre piercing the sky –  the tower built by Gazprom is the highest structure in Europe. It’s part of the view seen every morning by Natalya Danilova when she wakes up in her waterfront apartment and ventures onto her balcony (when it’s not too cold and the wind doesn’t blow your hair every which way), although her vista also takes in the golden dome of Saint Isaac’s Cathedral in the distance. And in summer, it’s the ideal place from which to gaze out at the famed white nights when the sun barely sets.

Born in the extreme north of Russia, in the town of Vorkuta, 140 km from the Arctic Ocean, Natalya is 3/4 Komi – a Finno-Ugric ethnic group whose language belongs to the Permian family. Her father was a geologist, and changes of town and even country (including a few years in Yemen) were frequent – meaning that Natalya had to be flexible and open-minded towards other peoples’ cultures and customs. She became interested in foreign languages and decided to study English and French in the capital of the Komi Republic. She later moved to Catania in Sicily, where she spent ten very happy years and soaked up the language like a sponge.

When she became a full-time IT>RU and EN>RU translator in 2006, Natalya built her first website in html by herself. She joined ProZ.com in 2007 and used her KudoZ activity to help with networking, as well as participating in three translation contests, winning two of them along the way. She began by specialising in two quite distinct fields: technical and fashion design, but when the workload grew too great, abandoned the former.

When in 2013, she moved back to Russia from Italy – taxation and the cost of living being far more favourable in her homeland – it was St Petersburg that Natalya chose as her new home. As a child she’d played a board game about the marvels of Leningrad with her father, and the dream of living there had always glimmered at the back of her mind.

When asked about her daily routine, Natalya cites Harrison Ford: “I wanted to live the life, a different life. I didn’t want to go to the same place every day and see the same people and do the same job. I wanted interesting challenges”. Consistent with this philosophy, the only three constants in her day are a cup of fine Italian espresso, feeding her four-legged cat tool Busya, a Russian Blue, and seeing her son off to school. The rest of the time is divided up, depending on how the muse strikes, between fashion translations, reading the paper to keep up with current affairs, going to the gym a few times a week, going to mosaic classes, or meeting friends at a museum or art gallery. That freedom of choice is a core value – the total flexibility of being your own boss, albeit a strict one. Evenings are often spent studying courses ranging from jewellery to a demanding  tour guide training, complete with exams in all the main museums. Not to mention several online courses in subjects such as teaching Russian as a foreign language, copywriting and SEO.

Natalya sees knowledge of SEO as particularly important – especially for those who localize websites or translate product descriptions – as are awareness of rules and trends in both source and target markets. Russian search engines have particular rules and filters that must be borne in mind – but which are often unfamiliar to clients.

She works exclusively with international clients, whom she finds more reliable and trustworthy, and who pay better. Local agencies offer their fair share of risks, with ultra-low rates and the occasional scam. The pandemic hasn’t helped either, with many direct clients and agencies now focusing more heavily on post-editing. This, despite the fact that the state of MT in the Italian-Russian pair is parlous, often spitting out utterly meaningless target segments, which are nevertheless no longer paid at full translation rates. Natalya is planning a series of blog posts to raise awareness about this amongst her clients. Western sanctions against Russia have also taken their toll, with an impact on many areas of expertise, such as food translation...

Talking of which…. Breakfast is quark and berries, while lunch and dinner have a distinctly Italian flavour – pasta or rice with meat and vegetables, or a salad. But Natalya’s diet wasn’t always as sensible and balanced – in her newbie years as a translator she skipped meals, drank far too much coffee, and put in Herculean shifts of 24 or even 48 hours. Now, 14 years into her career, she sees health as a key priority, observing sagely that the point of work is to enable you to enjoy life, not to pay medical bills. As a recent COVID sufferer, Natalya knows all about the latter.

Her advice to younger colleagues: you can’t earn all the money in the world and get all the projects. Give yourself time and space. Learn to say “no” and press the “pause” button. Her own way of calming down the mental noise is mosaics – where you can get lost in a meditative trance as you place the tiny tiles one by one and watch a bigger picture emerge. 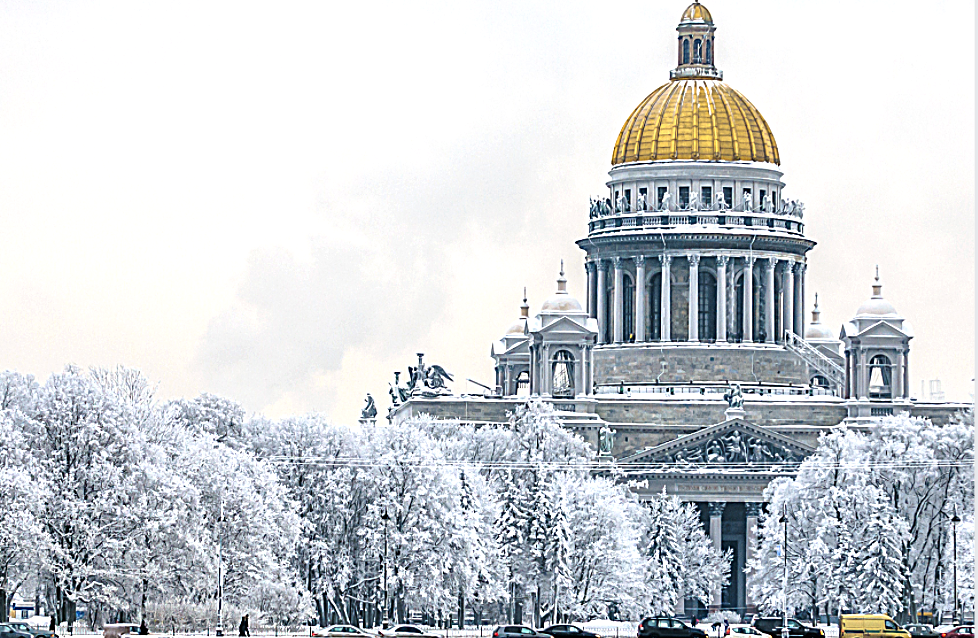 It’s easy to be artistically inspired in a city with such a rich cultural heritage – which also includes a little-known but fascinating historic relationship to its feline population, in the form of the Hermitage cats. As early as 1745, Elizabeth of Russia ordered cats for the Hermitage – now a museum, then a palace – to deal with an uncontrollable rat problem. Although the feline population was wiped out in the Second World War, the cats are now back in force – officially 50 of them live in the museum’s basement, with their own kitchen and hospital, not to mention three caretakers and even a dedicated Press Secretary. They no longer roam through the museum galleries as they once did, but have become such a tourist attraction the museum now holds an annual Catfest.

All of which surely makes St Petersburg an ideal city for translators?