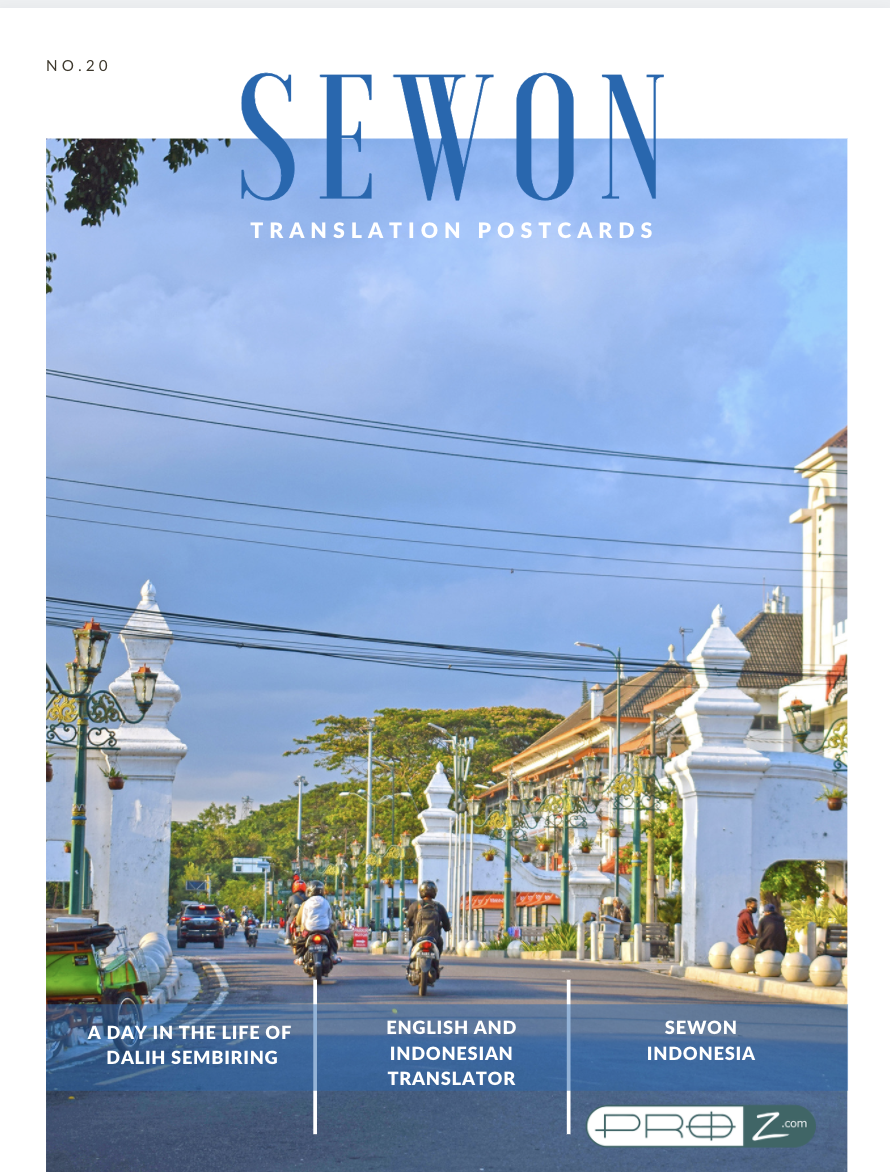 The facts are enough to make your mind boggle. Indonesia is a vast archipelago in Southeast Asia, made up of no fewer than 17,000 islands. Some of the names will be familiar, such as: Sumatra, Bali, Papua, Borneo, Sulawesi, and Java. The country won independence in 1945 after centuries of colonial history, beginning with Portuguese and British traders, but mostly under Dutch rule, when the country was known as the Dutch East Indies – at least to Europeans. It’s the fourth most populous country in the world, (after China, India and the US) with 267 million citizens, and the world’s most populous Muslim-majority country. 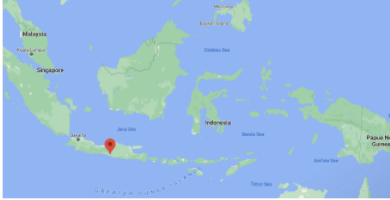 Let’s zoom in on Java, itself the world’s most populous island, and home to half the Indonesian population, and then on the Special Region of Yogyakarta (abbreviated to Yogya). Not to be confused with the capital, Jakarta, way off in the north-west of the island. Yogya is home to hundreds of higher learning institutions, including the country’s first university after Independence – and is known as the City of Students, or the City of Scholars – with a huge student population drawn from all over the archipelago. Popular with tourists on account of its rich cultural life, it’s also a centre for classical Javanese culture and arts – Ramayana ballet, traditional theatre, dances, batik, temples, traditional architecture, shadow puppetry, the handicrafts and of course the local diet… This is a province with hugely varied landscapes, from the bustling city itself to volcanic mountains, waterfalls, forests, and temple complexes, plus a string of beaches to the south.

Zoom in still further and we come to the sub-district of Sewon, a quasi-rural area just a few minutes’ drive from the sultanate’s court in the heart of Yogyakarta. Set among the rice fields are posh cafés and restaurants, complete with Wi-Fi, masquerading as traditional Javanese buildings, which cater primarily to the students. Not far from an art gallery, or a roadside food tent known as an angkringan, you might come across a pen of cattle, sheep or goats. Motorcycles and cars pass by older people pushing bikes laden with hay, while part of the road is taken up by farmers drying their rice in the sun or pounding the grain. And as every village and hamlet has its own graveyard, you’re never that far from a cemetery. 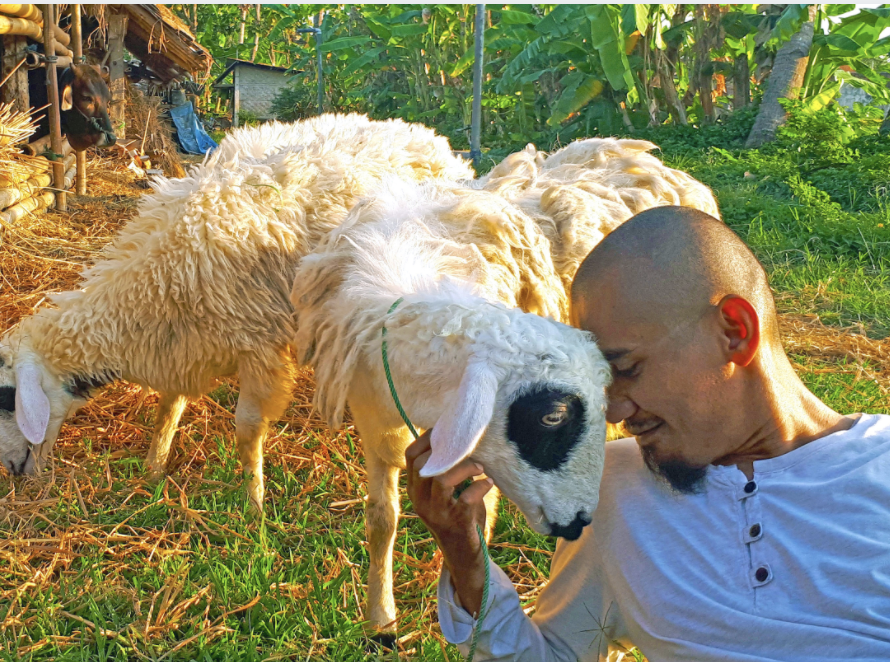 Translator Dalih Sembiring was a student at the area’s prestigious Gadjah Mada University, fulfilling his father’s lifelong dream. But the journey there was a roundabout one – the family had originally moved from North Sumatra to East Timor, then to Canberra in Australia, where his father completed his own degree, and Dalih spent a year and a half at Lyneham High School.

It was there that his English teacher once asked the class to write a short story. Influenced by his wide reading of Edgar Allen Poe, Dalih wrote a dark tale of suicide, which the teacher selected as the best in the class. That further inspired his passion for writing, and his choice of a degree in English Literature. When the family moved once again, to Yogyakarta, Dalih enrolled at Gadjah Mada – a place so respected that when he later applied to become a features reporter with an English-language newspaper in Jakarta, they didn’t even require a certificate. The name alone was enough to guarantee him a job.

But while studying, Dalih had also completed translation projects for his professors, translating legal papers and abstracts for post-graduate social science students. He dipped intermittently into this skill even during his years as a reporter. However, it was in March 2019, when Dalih began regularly translating promotional texts for Apple Store and iTunes, that he began to give the profession some serious thought. He turned to ProZ glossaries every now and then, and decided to put some time into completing his profile, as well as joining the Facebook group. It was the recent OSMS drive featured in the group that brought Dalih together with other Indonesians, who began to work together on the open-source articles. Alongside his colleague Retno Munro as Project Manager, Dalih acted as Lead Editor, overseeing nearly 30 translators and tens of thousands of translated words. 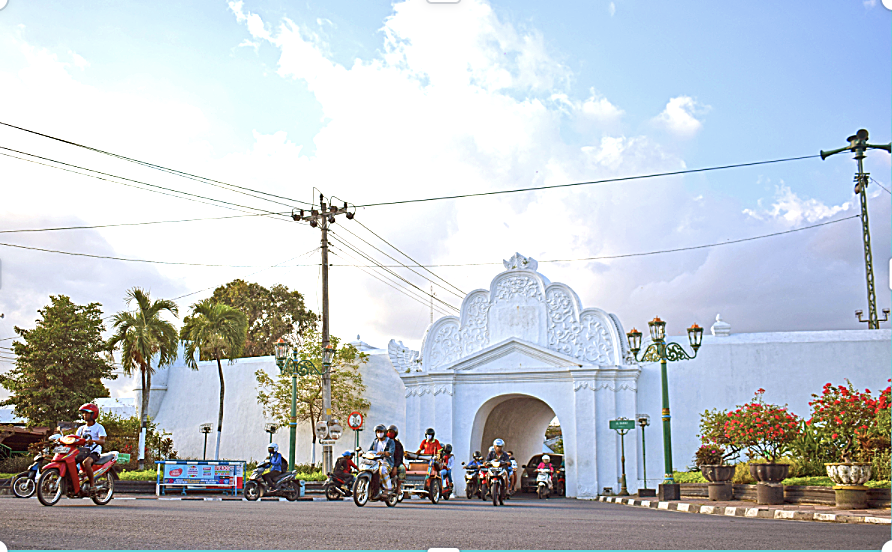 No two days are alike for Dalih, but an ideal morning begins with a visit to the mosque at around 4.30 – a spiritual exercise which calms the constant mental noise and offers some daily grounding. Then comes some work in the early hours, followed by a breakfast of rice with his wife. Wearing shorts, he likes nothing more than to soak up the sunshine on their back porch, surveying their garden with its hundreds of varieties of fruit trees, bushes and greens, not to mention two ponds, a few chickens and eleven cats. There’s more rice at lunch, and for dinner, with fried tempeh, hearty rendang (meat stew) and curry. But in a country with a huge variety of street food, from meatball soups to pancakes or sweet drinks made with coconut milk, the temptation to enjoy a meal at a roadside stall is ever-present. 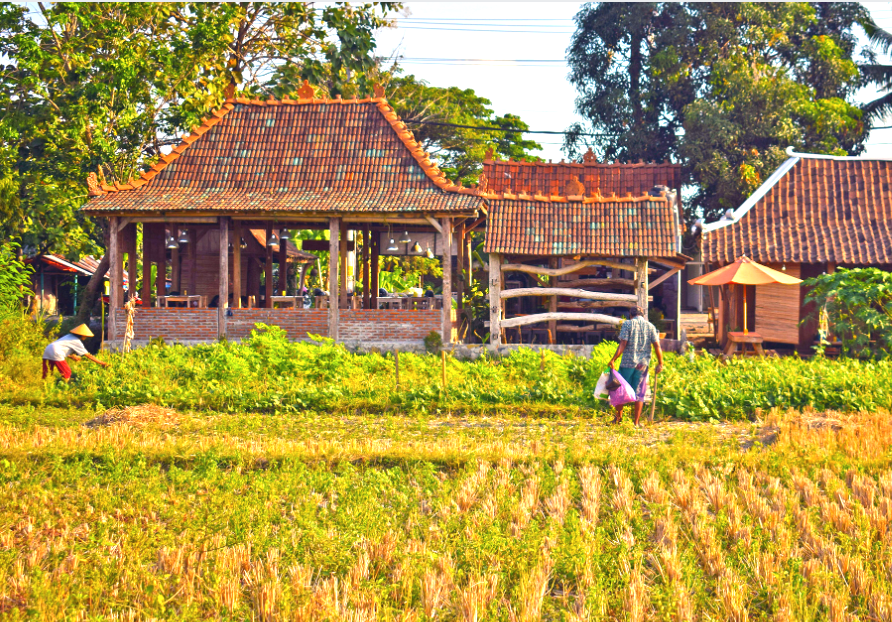 Dalih has earned recognition for his translations of Indonesian works of fiction, but much of his work today is from international clients – both direct and agencies. But he is also an active association member, helping bring colleagues together for profession-related talks – a movement that was gathering momentum before the pandemic struck.

For the most part, the issues they discuss are the same as those experienced by translators everywhere – agencies, rates, payments. But there’s one challenge unique to Indonesia that’s a big headache for all professionals: the country’s literacy problem. With 700 living languages spread across the archipelago, the country’s drive to impose Bahasa Indonesia (or more simply, ‘Indonesian’) as the lingua franca, has been a success, but has resulted in wildly varying standards when it comes to writing a language only officially codified in 1947, after centuries of Dutch spelling rules, which itself followed on from Arabic script.

And we’re not talking about the uneducated. It’s papers by researchers, university lecturers and post-grad students that have Dalih and his colleagues tearing their hair out. Sometimes, there are so many repetitions, syntactic confusions, inconsistent lexical choices and generally rambling prose that a text merely scattered with punctuation mistakes is considered a lucky find. 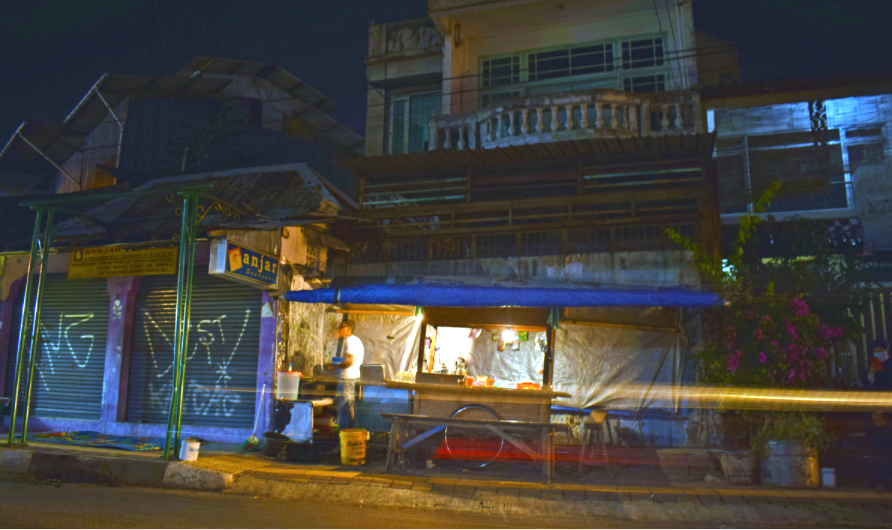 The translators have to spend much time communicating with clients simply to get at the meaning – and those who aren’t quite so diligent just end up making things up when they stumble over passages that make no sense. The writers themselves may never know – they’re just happy their words sound good. Either way, it turns even the best translators into constant editors and rewriters – with no extra pay.

And then there was the incursion of bahasa alay – a sort of texting language made popular by teenagers, mixing up letters, numbers and symbols, liberally sprinkled with capital letters and festooned with random punctuation marks. Dalih used to think it was the worst thing that could befall the language. But that was before he read some of the poorly written academic articles. 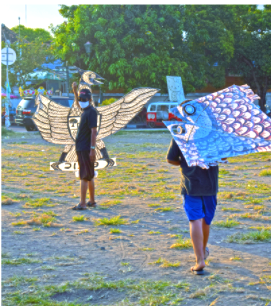