Back in our schooldays, our teachers would tut-tut if we ever used the expression “very unique”. “Unique” is an absolute, they’d say, with no degrees of relativity. Well, having spent an hour in the delightful company of Ana Laila Hagen, I beg to differ. “Very unique” is the perfect way to describe her… 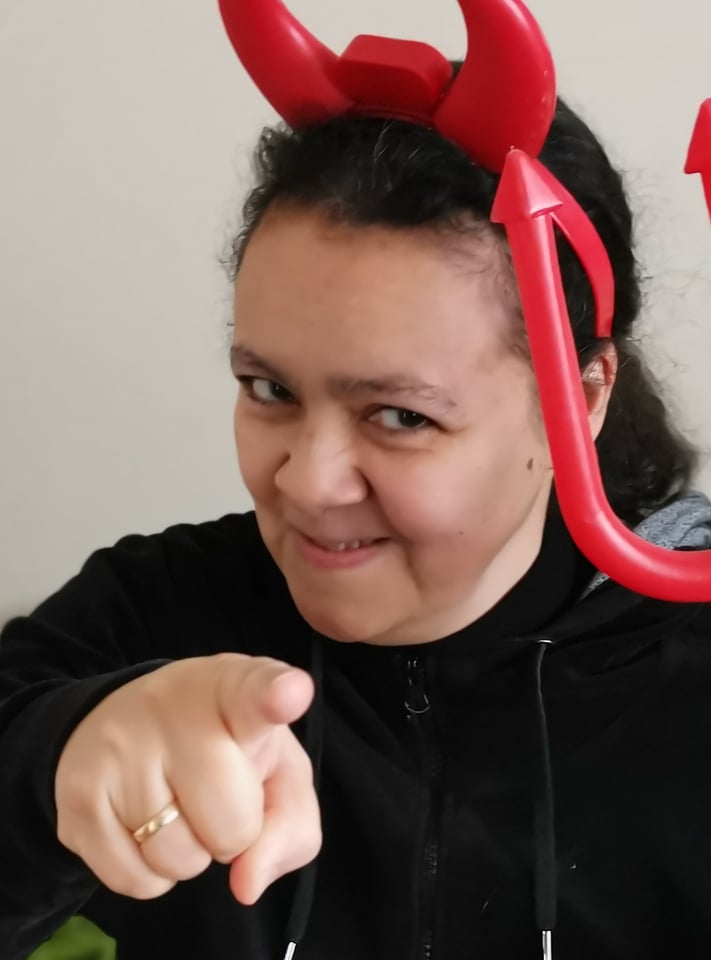 Take for starters her rich multicultural and multilingual background. Her father was a student from Ethiopia who travelled to Portugal to study the life of the priest who introduced Christianity to Ethiopia. There he met Laila’s mother, a Dane, and Laila was born in Lisbon. Even though they had their pick of languages (the parents spoke Amharic, German, English, Danish and some Portuguese between them), it was decided that Laila would be brought up speaking English. But at the tender age of two and a half, Laila’s Lusophone consciousness had reached an impressive level, and she demanded to speak the language that surrounded the family, rather than the one spoken in the house. Eventually a compromise was reached: Portuguese outside the home and English within it.

Hardly surprising therefore that languages for Laila resemble less a subject of fascination, an exotic jewel to be studied and possessed, than something more akin to water for a fish – the very medium in which she has always swum, from those first conscious moments of sounds, words and meaning.

It was in Lisbon that Laila spent her entire childhood and adolescence, but she moved with her mother to Denmark when she was 19 with only the bare essentials in Danish taught to her by her Scandinavian parent. After that she was on her own. Sure enough, within two weeks, she was bravely sitting through university lectures entirely in Danish and playing catch-up aided by her knowledge of German and English.

And to cap it all, Laila went and fell in love with a fine Norwegian named Leif years later, precipitating yet another move, and she’s now been 23 years in Norway. By now of course, you know better than to ask whether she speaks Norwegian. In fact she’s taken it to another level, mastering the dialect of her husband’s region right out on the Western coast – a far cry from the high version of the language spoken in the capital, Oslo.

So many identities, languages and cultures rolled into one person… a blend that has its undoubted benefits but also comes with a price tag. Neither white enough to be taken as a Dane nor black enough for an Ethiopian (her own words), she sees herself as a “citizen of the world” and “her own person”. Her constant journey towards a sense of balance – her personality being marked by “mental overefficiency”, frequently mistaken for ADHD, and long tentacled ghosts from the past– has often been emotionally fraught, bringing with it incidences of depression – a subject about which Laila speaks openly. More of that later.

Having majored in literary history and minored in drama while at university in Denmark, Laila had a variety of teaching experiences, including assistant lecturer in Danish-Portuguese translation techniques She also worked for a while at a madrassah full of Arabic-speaking kids. But it was in her final years in Denmark that she took on a new role, as a trilingual secretary, although project secretary would have been a more fitting description.

Following her move to Norway to be with Leif, career plans reached a screeching halt. The label “overqualified” in the provincial milieu barred her from getting jobs matching her qualifications. However, she made good use of her linguistic skills by working with foreign children to enable them to assimilate. A job she describes as “fun, but exhausting”. Her career finally picked up when she gained accreditation first as an interpreter then as a translator, working with Norwegian, Danish, English and Portuguese. In 2014, a friendly colleague based in Oslo helped her, so the village mouse got noticed by the big cities.

Still, life out in the sticks, for all its benefits, also has its downsides. When you’re that far from the capital, interpreting jaunts are certainly harder to come by, and Laila is no fan of telephone interpreting, which she sees as eating away at the authenticity and presence required in many sensitive and legal situations.

Consequently, her career has turned into a many-splendoured thing. On the one hand, 95% of her work as an interpreter takes place in the Norwegian courts and many of her translations are of a legal nature. On the other hand, she is set on working with “the little people” – private individuals whose needs revolve around bank statements, loan applications, birth and divorce certificates and the like. She finds both purpose and reward in this explicitly human angle – helping people through the difficult stages of life. Indeed she goes further – it’s to her desire to help make things easy for people, to treat them fairly, and perhaps above all her willingness to take certain payments in instalments that she attributes her success. Perhaps growing up in poverty, for all its hardships, has equipped her with an empathy that goes a long way in dealing with clients…

Those clients in turn find their way to her on a regular basis for their translation needs, because she is listed in key directories assembled by both the Portuguese and Brazilian embassies in Oslo – one advantage of mastering a combination as unusual as NO-PT!

Yet another facet is her work as a multilingual tourist guide, a role she plays with aplomb, confidently asserting that the tourists she entertains in Norwegian, Danish, Spanish, Portuguese, English and even occasionally Italian “never fall asleep on my watch!”

When it comes to the ProZ.com online community, Laila has yet another interesting take. Her awareness of the loneliness of the profession, complete with its stresses and linguistic and financial challenges, makes her especially keen to “be there” for people, particularly those who may be on an emotional roller coaster. Having suffered numerous periods of depression, Laila is as conscious as anyone of the role of mental health, and the need to destigmatise the subject, bringing it out into the open and treating it with respect. People going through problems, she says, should never feel alone, and always be aware of the fact that there are millions of others in the same boat. An open, honest and above all safe platform is therefore essential. In light of this, she has a particular affection for working mums who may also be single providers. Proud of how her own kids have turned out, she has written a number of posts sharing her experiences as a mum, hoping to offer guidance and succour to others in equal measure.

Alongside all that, Laila has just started indoor rock climbing, as well as penning children’s stories & fantastic tales, not to mention being a first soprano in two choirs.

Hard to believe all this energy and activity exists within a single person… but it seems Laila still has plenty of dynamism left to spare.