Face to Face with Anne Rametsi

For many translators, a love of the magic of foreign tongues is the springboard in to the profession. But of course that’s not the only gateway… For Anne Rametsi, for example, it was a passion for human rights discovered early in life that eventually led her to a life as a professional translator and university lecturer designing and delivering courses on translation. 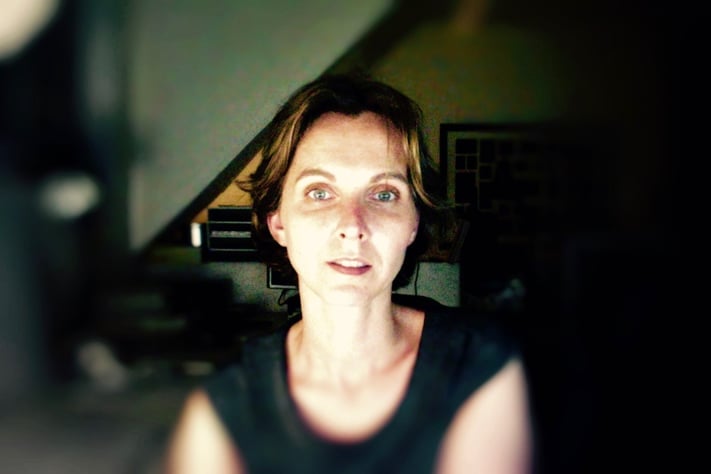 Let’s rewind a little. Growing up in Nantes in France, Anne developed a fascination for the French Revolution at the tender age of ten, no less. By twelve, she was impassioned by the horrors of the Shoah, and by fourteen, outraged by the injustices of the situation in Northern Ireland. Hardly surprising therefore, that when searching for a research subject as an English-language Master’s student, she plumped for the Truth and Reconciliation Commission – the initiative that grew out of apartheid South Africa, once White rule had crumbled. This led to her first visit to the country in 2002, which lasted several months. That period led to the idea of doing a PhD in Political Science, maintaining her focus on the same Commission, but from a gender perspective. It was an idea that refused to go away. However, she first needed to return to finish her Master’s in France, where it would have been much harder to switch from English to Politics.

The next move in the journey involved opting for another Master’s in French as a foreign language, knowing that the internship the qualification required could be completed in South Africa, where she could work for six months in 2003 while applying for the PhD. Her application was duly accepted, and it was while the doctorate was underway that life took one of its serendipitous turns. A Swedish friend working for the South African Human Rights Commission asked her to do some translation, and a film director friend hoping to raise funds from Canada pitched up with a similar request. Anne enjoyed the work, relishing the challenge of capturing the country’s unique culture and history, and the seed was sown. In fact the thought had already crossed Anne’s mind aged just 16 or 17, but the way translation and interpretation had been explained to her was so narrow and misinformed, that she ended up thinking you had to be at least trilingual. This first practical experience of translation soon corrected that misperception…

By now the PhD was going nowhere, and the translation requests were beginning to flow in, including work on children’s literature for young African readers. Anne realised that this was the perfect medium for her three complementary passions: language, research and an intimate knowledge of the South African context. And, 19 years later, that still holds true.

Starting with a post-graduate diploma in translation and interpreting, Anne went on to build a network and has had plenty to work on ever since. In fact, she came to the attention of her lecturers even while studying for her Master’s. One of them, who ran an agency, set her a gruelling test translation on mechanical nuts and bolts, which was a nightmare to do, but proved that she had mastered the art of linguistic research (including consulting her father, a DIY enthusiast). The outcome was impressive enough for the agency to keep sending Anne work after that, and indeed to use her as a project manager.

The translations continue to flow  in. Specialisation isn’t a big thing in South Africa, and so Anne has taken on all kinds of texts over the years, drawing the line only at deep science. Otherwise she’s game: mining engineering, legal texts (for which she’s had training), marketing and tourism are all welcome. “If I can understand it, I’ll translate it”, she quips.

But translation is only one of the strings in her bow. Another lecturer on the same course was about to leave South Africa and identified Anne, even at that early stage, as a potential successor. That’s a lot of new roles to take on at one go, so early in a career, but Anne is the type to say “yes”, reckoning that such opportunities don’t often come along. It was another career choice that proved successful, and Anne continues to design and teach courses to this day.

And as the conversation continues, the validity of that lecturer’s early intuition is proved – Anne has a knack for packaging hard-won experience and turning it into valuable and digestible insights. That skill led her to create courses for the university on professional development, teaching business skills for budding translators and interpreters – something she felt was sorely lacking in the rather academically-weighted courses she’d studied on. Her objective with her teaching is to help young students become more independent, plan ahead and find work, so that at the very least, when they leave the course, they know where to start. It obviously works – even now Anne continues to receive messages of thanks from students who left five or more years ago.

It’s that same breadth of experience and knowledge that Anne brings to the ProZ Facebook community. In fact she’s been a member for several years  but has only become an active contributor in the last three or so. It provides a sense of belonging, but also keeps her abreast of what questions most beset newcomers – all valuable input for her own courses, naturally. Meanwhile, there’s still plenty to learn from more experienced members: just about every contribution feeds into her own knowledge base. As well as sharing her general business insights, Anne sets great store by raising awareness of the realities of translators in developing countries. Far from simply defending their corner when it comes to the great rate debate, she’s also a staunch advocate of translators all over the world valuing their own services more highly, and charging according to where the client is, rather than your own location. It’s not good enough, she maintains, not to ask for more simply because you don’t happen to need more.

Anne herself is an excellent example of the self-starting attitude she imparts to her students. Having taught herself subtitling, transcription and CAT tools, she’s adept at taking on challenges. “You should always be aware of your limitations,” she says, “but not see them as being set in stone.” Curiosity, she maintains, can take you very far. And as a student who once scored very low marks in maths but went on to become an experienced translator in mining and engineering, she has the experience to prove it.

By the way, in case you’re wondering about the “Rametsi” part, Anne was once married to a Black South African, who also happens to be the father of her child. The marriage ended, but Anne decided to keep the surname rather than returning to a maiden name she describes as unexceptional in her native France. At least that way, she says, she got something out of the marriage. Not bad for Google ratings either!

As a plain old Morris, whose first wife was called Schoenmann, and whose second is a Martinez, I’m sorely tempted to do the same, if only for SEO reasons!