Face to Face with Bella Nazaire

What chance do you have when your grandmother steals into your bedroom and whispers “Bonne nuit, good night, Gute Nacht and buona notte” – along with your native Martinican into your ear every night as she tucks you into bed? None, basically – you’re hooked on the incantatory magic of foreign languages from your most formative years. Languages come intimately bundled up with feelings of warmth, security and love – and you’re won over for the rest of your days. 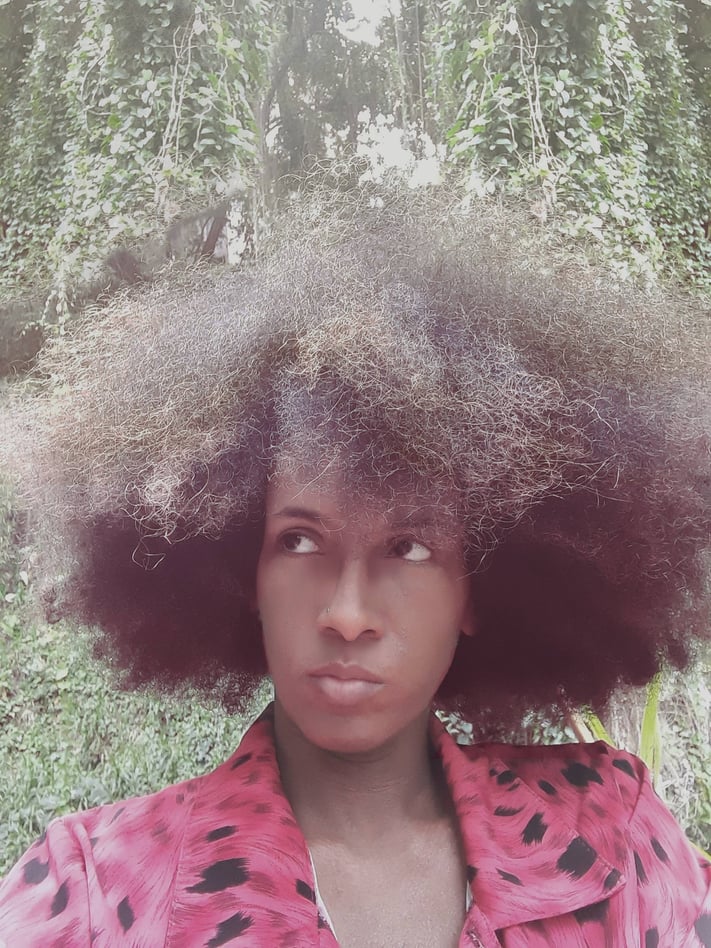 Such was the experience of Bella Nazaire growing up on the rugged island of Martinique in the Caribbean – and it goes some way to explaining her lifelong love of language – particularly English. But it wasn’t just her grandmother – some responsibility must also be assumed by a certain Michael Jackson, who blew Bella away when she was just 11.

A youth spent shuttling between Martinique and metropolitan France, with visits up to 2-3 months at a time, gave Bella an early experience of diversity in every sense. Different school systems, takes on history, and of course multicultural classrooms, where she was one of only a handful of black kids, among white French children and still others from the Maghreb. That experience may well have been instrumental in sharpening her awareness as to the many nuances that make up culture – a subject she feels strongly about to this day.

Bella’s early exposure to English and international travel experience, as well as talking to many tourists, meant that by the time she reached middle school, she was already well ahead of the majority of her classmates when it came to mastering English. In fact, she was writing the language too by then, penning song lyrics, and even keeping a diary in English so that her mother wouldn’t be able to see her secrets.

When she received a serendipitous invitation to accompany a schoolfriend to London, that early love was strengthened still further. And when her later studies produced impressive results, her Mum decided to reward her once again by funding a whole year in the city, which proved a life-changer, turning Bella from someone merely obsessed with the language into someone who thought and even dreamed in English, becoming virtually bilingual along the way.

Still, at that stage there were no thoughts of making a career out of it. As a born autodidact, Bella simply thrilled to the learning element, the new worlds that were opening up. By now, she was of course fluent in three languages: French, English and Martinican – a language (Bella finds the word “Creole” far too simplistic) with its own vocabulary, grammar and spelling. Her parents were both teachers however, and even though she thought of the profession as a no-go area (low pay, long hours), her first full-time work experience in languages was in fact also in the classroom – following brief stints in telemarketing and as a secretary. By now her journey had taken her to Birmingham in the English Midlands – a cosmopolitan city she loved. Pulled along by the current of school life, she set her sights on gaining certification as a primary school teacher.

But life often gets in the way of our plans. After a few more years of shuttling back and forth, Bella became pregnant, and decided to set off for France with her toddler to join his father. With another child soon to follow, she found herself initially obliged to adopt a role as a stay-at-home mum. However, not being a person who accepts doing nothing easily, around 2011 she began to think seriously about building on her sporadic but frequent experiences of helping others with their translations and turning that skill into a career option.

She soon came across ProZ.com, and took particular delight in KudoZ, measuring her knowledge up against that of the various contributors around the world, enjoying the links, the references and even the competitive element – and realizing in the process that her own level of understanding was really not bad at all. Already a decade earlier, she had surprised a company boss and a university tutor with her abilities. The former had been looking for an intern who was a native English speaker and so initially rejected Bella’s application, while the latter went as far as to accuse her of cheating in an exam. It was only when she switched mid-conversation into flawless English that both backed down. She won the internship and emerged from the exam with the highest score.

A decade into her career as a full-time translator (and a single mum), Bella now looks at the profession with far greater clarity than in her initial years. She’s managed at the same time to fashion a working life which plays to her strengths: literary translation (making her “not rich, but happy”), writing a great deal, with a book project on the back burner, and even returning to song-writing. Once the front woman of a band, she now writes for others.

She credits ProZ with having helped her believe in herself and enabling her to compare her skills and standards across the industry. It also helped her make an initial move from working for individuals and non-profits to collaborating with agencies. “ProZ gave me wings.” Add to that the fact that word-of-mouth is of vital importance in a place like Martinique, where translators were harder to find in the Yellow Pages of old, and success eventually followed. Finding trustworthy mentors is another key element of making it, she says: if you can identify your passions and gifts, there will always be people around who are prepared to help, if you seek them out and know how to benefit from their advice.

That’s a role Bella now plays with her own 14-year-old son, who is himself bilingual and shows every sign of having a gift for translation. In fact, helping others forms an essential part of her outlook – perhaps it’s no coincidence that her first experience of interpreting was an ad hoc situation at an airport, where she stepped forward to help a distressed tourist in difficulty. “Helping” is also the first word that comes to mind when she talks about the ProZ community. It’s very much a two-way process – she frequently picks up useful tips on finance and admin, while playing a special role of her own in raising awareness of cultural diversity within the French language. Most people tend to equate all things French with the powerful symbols of Paris, but Bella is strongly aware of – and happy to share – the sheer diversity of French culture and language, complete with subcultures, relics of the colonial past, and vibrant movements throughout the Francophone world. French is less a monolith, she explains, than a mosaic.

That sense of plurality infuses just about everything that Bella does, and even spills into her take on diversification. As a talented graphic artist, she is able to offer an extra service to her clients when it comes, for example, to designing book covers perfectly suited to both English and French. Having a multiple skillset, she says, makes you far more likely to be picked

As for the future, Bella is learning Korean with one of her children and has her sights possibly set on a life in SE Asia. Like so many of us, she’s occasionally prone to itchy feet syndrome. All of which suggests that many promising chapters of her story remain to be written.