Face to Face with Elke Fehling

Like a trail of breadcrumbs in a fairytale, we can trace Elke Fehling’s love for languages all the way back through the decades. Her mother, who had been an au pair, was keen for her daughters to learn to speak other languages, so she encouraged them to watch Sesame Street from a young age (in English with German subtitles, which the 4-year-old Elke couldn’t read). Along with family trips to Italy and Spain, that early exposure sowed the seeds and inspired a sense of the magical properties of foreign languages. 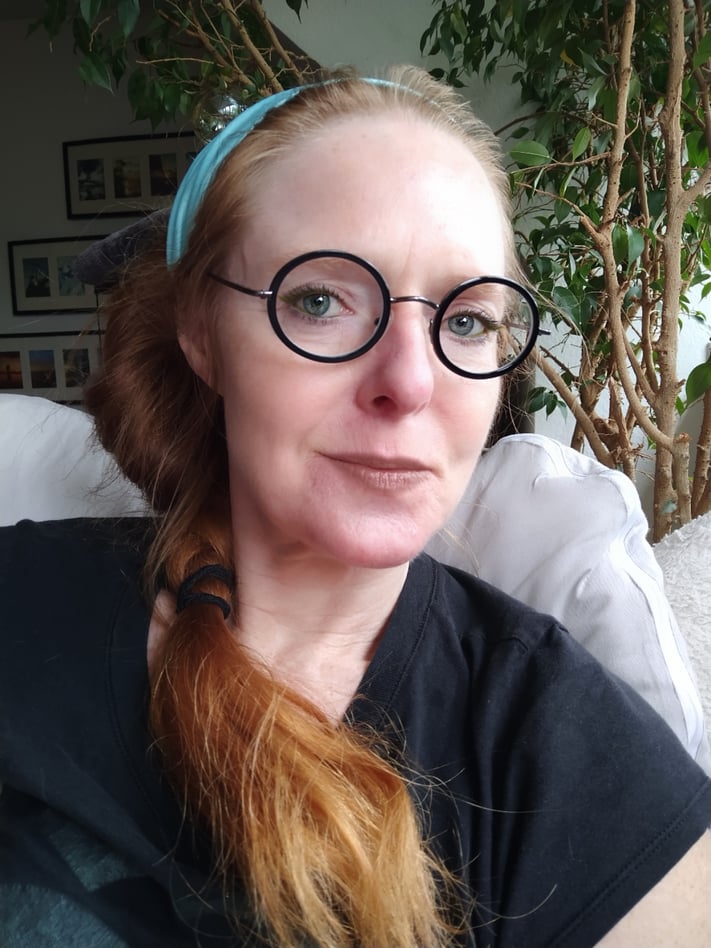 At the onset of adolescence, Elke fell in love with an American pop star named Leif Garrett. Then an epicene beauty (and now a grizzled old man), he was a subject of such infatuation for the 13-year-old that she wanted to marry him. She pored over his songs and lyrics, studying hard for the day they would one day meet outside of her dreams. Ironically enough, they did meet much later in life, but by then the scales had fallen from Elke’s eyes. Invited to the after-party at one of Garrett’s concerts, she didn’t go, disapproving of the drug-fuelled existence into which he’d fallen. She did write to him at one point explaining how he had launched her career, but the letter went without response…

Nevertheless, while the great romance was never to materialize, it inspired everything that followed. Elke was hooked on language and sought out opportunities to travel to English-speaking countries. One early experience, at the age of 16, involved a 4-6 week stay in the USA, as part of an international exchange programme. Elke ended up in Tennessee – a far cry from the California of her dreams, where Leif was frolicking in the surf – but in the serendipitous way that life has of creating opportunities, it brought her into contact with Midas and Eleanor Lambdin, an elderly and generous philanthropic couple who made it their life’s mission to help young people financially through their studies.

Elke was drawn to psychology, but didn’t have the grades to study the subject back home in Germany, so with the couple’s help, she attended Lincoln Memorial University in Harrogate, Tennessee, deep in the heart of redneck country. It was supposed to be a four-year course, but the rebellious young Elke found it difficult to fit in with the prim and prudish ways of small-town America. And so she only lasted a year… Looking back she feels she was too young – return visits have revealed it to be a beautiful place in the Smoky Mountains, but just not the place you want to spend your student years.

The return to Germany saw Elke sign up for a degree at the University of Cologne. Psychology being off-limits, a Master’s in English beckoned. But the course was rather theoretical, and not at all focussed on communication, so Elke switched again to a vocational school which offered a course in translation, starting in 1987. However, what was meant to be a three-year course ultimately stretched over 7 years, with a great deal happening in between. Not long after starting, Elke again became bored with studies and applied for an Erasmus programme in Brussels. While there, she started translating for agencies, making enough money and enjoying so much success that the prospect of returning to studies faded away. It was only on the insistence of her then-future husband that she completed the last missing exam to obtain the sought-after piece of paper in 1992.

Even after her degree Elke stayed on in Brussels, working for agencies, much as she does now. But her relationship had encouraged her to think of “getting settled” with a “real job”. When after four years in Belgium she headed back to Germany, she switched to working as a bilingual secretary at an export company, followed by a stint as an executive assistant, before finally ending up at a cable company selling radio and TV. It was there that, like so many born freelancers before and since, Elke realized she hated everything about her job, from reporting to a boss to clocking in for 80 hours a week, and then spending Sundays in tears dreading the start of another round…

It was the last straw. In addition to her woes, she also suffered from a bad back which necessitated a CAT scan. And it was there, while still actually in the machine one day in 2003, that she decided to chuck it all in. She broke the rules on returning to the office by checking her personal emails, and immediately spotted a request from one of her old Brussels agencies to provide regular German translations. They could guarantee 30% of her income. Building on the confidence provided by this initial offer, Elke signed up on ProZ and has never looked back as a freelancer. Her journey over the years has seen her take on plenty of interesting and varied work, with both an increasing number of new agencies and direct clients. And all the while, she’s been able to refine her clients and work on IT, software, digital marketing topics. She now finds herself busy pretty much all the time and feels happily in control of her freelance career. There are other projects bubbling away under the surface – including the writing of a work of fiction – but for now there’s very little that Elke would want to change.

As for the changes in technology over the years – not a problem. Elke takes them in her stride, seeing new software designed to aid translation as a tool to help her work better and faster. She laughs off stories about the profession disappearing: “People have been saying that since 1986!”!

And her advice for those members of the translation community who are perhaps less established and secure in their client relationships? “Be part of a team, not a vendor.” It’s all about making your contribution as an equal partner with your clients, not simply being a cog in a machine,

That sort of self-positioning as a partner rather than as an underdog or – worse still – a victim, lies at the basis of all successful freelancing endeavours. Freelance life just doesn’t have to be all full of suffering, Elke insists, and she has the experience to prove it.

Which is precisely why she plays such an active role in the community – in a bid to set an example and help other people who also love the job of translating not fall prey to the occasional pitfalls of freelancing. At the same time, she relishes the concrete answers to questions she herself asks in the group – a positive professional community is a great thing.

So Elke’s journey has come a long way since Sesame Street and Leif Garrett to being an established professional in her language pair, but in many ways things have come full circle. The real love affair all those years ago, even beyond the pop idols and tv shows, was always with language and the worlds it opened up. And that love has been right at the centre of her life for decades now, proving that some dreams can come true after all…