Face to Face with Leda Costea

Generations of kids have been transfixed by the cartoons of Loony Tunes, Bugs Bunny and Daffy Duck into global celebrities. Cartoons are said to increase creativity, language development, promote laughter and relieve stress, while giving toddlers a window on another world. Detractors say they encourage violence and lack of empathy. Whatever the pros and cons, they played a significant role in the living room of a family home in Moinești in Eastern Romania, where the young Leda Costea was fascinated by the characters and the strange sounds that came out of their mouths.

Bear in mind that the cartoons were neither dubbed nor subtitled, but by the miraculous processes of child language acquisition, Leda learned enough English that by the time she reached the 3rd grade in school, she already understood a great deal. In fact, the first foreign language taught had been French, but the frequent absences of the teacher encouraged Leda’s parents to switch her to English. The new class teacher was sceptical – Leda had missed out on a whole year’s tuition by then. But when she asked Leda to read from the textbook, she was shocked at the girl’s perfect rendition – so impressed in fact that she promptly offered to be Leda’s tutor – a pedagogical relationship that lasted 9 years, all the way through to 12th grade – and to which Leda ascribes her passion for English and indeed her entire career in languages. 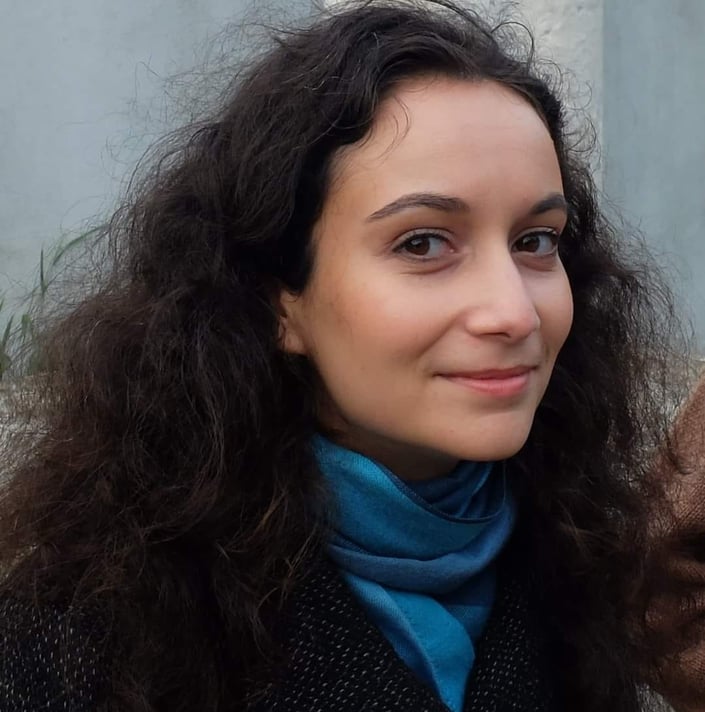 Already while at middle school Leda came to two conclusions: she would be a translator (definitely not a teacher) when she grew up, and that she would work from home, even though both her parents worked outside the home, in the oil industry.

Fast forward a few years and Leda moved to Bucharest, where some of her relatives lived. The capital was the only place to be – where the country’s best language programmes were run. Nevertheless, she suffered a little from the fear of being a small fish in a big pond – the opposite of her situation back home. Competition for the places on the courses was fierce – especially the degree in Translation, Terminology and Interpretation. Her worries proved to be unfounded – when the results were announced she had won first place. Three years later, she decided to pursue her studies with a Master’s, opting for Specialised Translation over Literary Translation, fearing that the latter would lead to a life of penury.

On graduating in 2013, things didn’t work out immediately as planned (do they ever?) Suddenly aware of the enormity of the freelance challenge, taking on an in-house job seemed a sensible first step. By then most of Leda’s fellow Master’s students had jumped ship and entered corporations seeking language speakers rather than translators. But the demands of the job over the first year and a half led to some unprecedented and alarming developments in her life – the sudden appearance of anxiety and panic attacks, which were only exacerbated by working in an office. Rather than being the walk in the park Leda had expected, feelings of inadequacy arose, accompanied by comparisons with more experienced colleagues, and the oh-so-familiar depredations of imposter syndrome. Things were on a downward spiral.

Discussing this with her superiors led to a decision to work from home, with fewer hours. This helped alleviate the chronic insomnia and feelings of depression, but even though the pain had grown lighter, Leda ultimately decided not to throw herself back into the same situation. It was time to go freelance.

Fortunately, her work had been so good, despite the emotional turmoil, that the very same agency became her first client, and is still her main provider of work. Over the six years of her freelance existence, she has learned a great deal from working with them. Leda is aware of the dangers of putting all her eggs in one basket and works occasionally with three other agencies to spread the load. Just as well, as the situation has deteriorated slightly since the pandemic, encouraging Leda to wake up to the deeper questions of being a freelance translator – what do I want to do with my talents? What is my specific contribution to make? How can I carve out a life that suits my interests and my gifts?

Leda had been a member of ProZ.com since her university days, using KudoZ, listening to talks on Translation Days and Giving Tuesday, but her Facebook activities were confined to Romanian translator groups, whose focus tended to be narrow – around issues of Romanian law and admin, as well as occasional terminological enquiries. But all that changed when she joined the ProZ Facebook group. Suddenly her search for a more international community with a wider focus bore fruit. It’s led to a much greater awareness of the global issues of the profession, plus a resolution to seek out better clients, including those outside her native Romania. Sure, the group helps you realise how much you don’t know, but it also provides quick answers to all your questions – ideal for a naturally inquisitive translator like Leda.

While aware that she probably takes out more than she puts in, Leda is nevertheless a frequent contributor, offering insights particularly when others feel isolated or raise emotional issues around coping and wellbeing. Coincidentally, those two areas have now become her specialisms as a translator – ever since 3 years ago her main agency client began to send her documents around social work, which allowed her not only to develop her practical translation skills but also express empathy and be part of the solution.

A confirmed bookworm, Leda reads widely in her spare time, insisting on gobbling up every work by her favourite authors from world literature. She also has a range of medals and trophies to prove her outstanding prowess at the noble art of the pub quiz. And her continuing love for cartoons – but this time in the form of anime – have led her to make inroads into learning Japanese, to add to her impressive English and her German, which she continues to cultivate by listening to dozens of audiobooks a year.

How does she find time? Well, the audiobooks can be listened to while washing the dishes or cleaning – in fact an hour a day or so that would otherwise be “wasted” is devoted to learning in this way.

It’s no wonder, with such a dynamic and positive attitude, that Leda’s erstwhile worries and insomnia are largely a thing of the past. Long may this continue…