Face to Face with Simon Barnes

For some of us it’s the first magical encounter with an exotic culture on a childhood holiday, or an (imaginary) love affair with a faraway star singing in a foreign language, but for the young Simon Barnes, it was the quiet presence at home of his father’s French and German books that provided the first gateway to a new world. There can’t have been many shelves lined with such books in the small Leicestershire town of Market Bosworth (the scene of a defining battle in a civil war that marked England’s history), but then again his father had started out as a French and German teacher, before leaving to work for Rolls Royce. 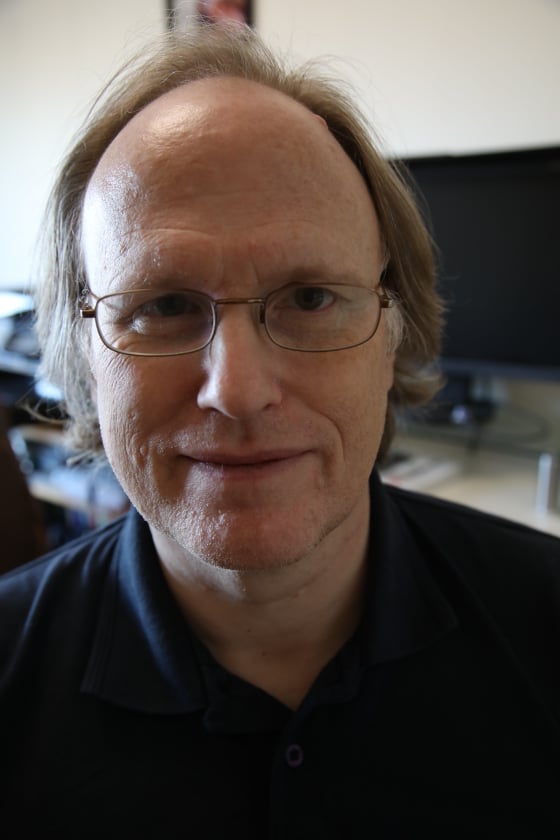 At school Simon discovered he too had an aptitude for French, which in turn opened the door to being allowed to study German. His linguistic skills reaped rewards while he was studying for A-Levels, when he won a county-level scholarship to spend a term at a lycée in Normandy – a positive experience that ultimately led to a degree in both languages at the University of Bristol.

But on graduating, there was nothing obvious pointing to translation as a career. Simon taught languages for a while, including at his old school, but realised his heart wasn’t in the profession. Underqualified as he was, with neither extensive materials nor experience to draw on, it wasn’t for him, although teaching was to prove life-changing in other ways later on. It was during his time instructing adults at a university business school in the north of England a few years later that he met Fabienne, the French nurse who would become his wife.

Simon’s first real career move came about as a result of a government campaign relayed by the local Chamber of Commerce looking for graduates for the High Technology National Training scheme. One of the options on offer was IT and Telecoms Management, which immediately appealed. Simon studied the subject for two years on a post-graduate diploma and emerged with the only distinction on the course.

That move led in fact to a whole decade in the enterprise sector, working in tech support and network operations, which took Simon to Amsterdam in 2000 – a city that became his home for seven years, and saw him add Dutch to his growing collection of languages. And it was while there that a headhunter seeking someone with both tech and client-facing skills, and with languages to boot, identified Simon for a service delivery manager role.

This new commercial and technical context gave Simon a chance to practise both French and German. However in 2007 he requested a transfer to Paris to be nearer his French customer base, and it’s in that same suburb outside the French capital that he and his wife live today, 15 years later. Despite the occasionally dubious reputation of the outskirts of Paris, he enjoys the small-town atmosphere of his southern suburb.

But the idea of a career more closely devoted to languages had begun to occur to him. The IT service management job was becoming increasingly stressful and the threat of burnout loomed. Translation had always vaguely appealed, ever since his university days, but as an unknown with no experience, the way in wasn’t obvious – and he kept his foot in the IT world with occasional work as a process consultant as he learned the ropes as a translator, joining ProZ along the way in 2011.

A few years passed, and in 2017, Simon discovered on Facebook that a friend of his was working as a legal translator, having formerly been practising solicitor. He reached out for advice as a translation newbie, whereupon his friend suggested the possibility of collaborating. That initial contact gave rise to an ongoing professional partnership that continues to this day. Having spent time on various platforms competing with everyone else, this proved to be a fantastic break, bringing him exposure to a range of text types, from GDPR privacy policies to software manuals, along with vital experience, and – best of all – a tough but fair mentor who was able to give him detailed feedback on his translations.

He'd also taken to heart the oft-heard advice to get out from behind his desk and joined a business lunch group in Paris, where he happened to meet the owners of a translation agency. Three years later, that relationship is still going strong, although the sheer variety of translations on offer has helped Simon sharpen his ideas both around what he likes working on, and what he prefers to avoid. He’s never afraid to say “No thanks”, because the idea of submitting substandard work is out of the question. A translator, he thinks, should only take on topics on which they can write authoritatively, so that they can act as a guarantor of quality. And that rule of thumb has helped him deliver quality work to his mentor and maintain a solid working relationship over the years.

In fact his many years as a tech consultant have given Simon a keen sense of customer service. Working with clients, he firmly believes, is all about putting their needs front and centre, and not always thinking about our own offering, or desires. In other words, don’t go banging on about your own business when in fact you should be listening to the customer talking about theirs.

It's the wisdom borne of such experience that has helped Simon become a frequent and informative contributor to the ProZ.com Facebook group over the last couple of years. He sees the group as a tremendous knowledge base, where people come to discuss, to encourage each other, and to learn in a convivial, civil way, and it forms an essential part of his day, as well as regularly consulting ProZ.com’s terminology forums.

But there’s also a less well-known side to Simon, which has also produced fruit in the professional sphere, and that springs from a lifelong interest in military history. He’s even working on a novel on the subject. It was in the ProZ.com Facebook group once again that Simon responded to a call for military translation a couple of years ago, and found himself in contact with an American collector and re-enactor, with an impressive hoard of blogs, documents and memorabilia, all connected to a specific Prussian regiment in World War 1, the 5th Foot Guard Regiment to be precise. What you might call a niche subject! That too led to a successful collaboration, with Simon translating the shorter of the collector’s two books on the subject. His interest has also been caught by a French-language military novel in set in Indo-China, which he believes has no English translation.

Now that Simon has identified military history as an area he’d like to get into, there might be more texts in future. Who knows? In fact the avenue has also produced one of his greatest career milestones to date, working on the audio transcripts of General Chuck Yeager, a US fighter pilot who was shot down over France in 1944 before being rescued by the Resistance, and later returning to front line duty with the USAAF for the remainder of the war, finding fame as an air ace along the way – although he’s probably best known as the test pilot who broke the sound barrier in 1947. It was a dream job for Simon, providing translations and transcripts for a documentary of interviews recorded in French with the General and his wife. And even though Chuck Yeager passed away last year, the labour of love continues. It’s a high-flying experience in every sense.