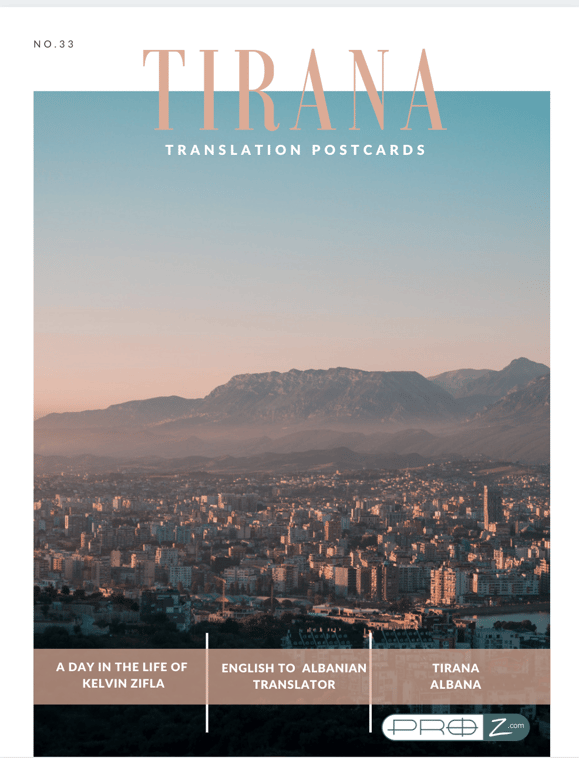 These days, the most oft-cited example of an isolated country ploughing its own furrow, cut off from the rest of the world, is North Korea, but there were long decades in the aftermath of World War II when Albania was a strong contender for the title…

The dictator Enver Hoxha, who came to power in 1945 and clung on till the very bitter end in 1985, was such an orthodox Stalinist he found that even the Soviet Union – after Stalin’s death in 1953 – and then China, had strayed too far from the path. Under his guidance, along with the two rulers who succeeded him, and aided by a vigilant secret police intent on stamping out dissent, Albania became by far the poorest country in the Eastern Bloc, and by the collapse of communist rule in 1991, it was trailing Ghana in the standard economic and development indexes. It was the last European country to break free from communism. Both elections and transfers of power have taken place in the period since then, although the political class that has emerged is said to be of dubious integrity. 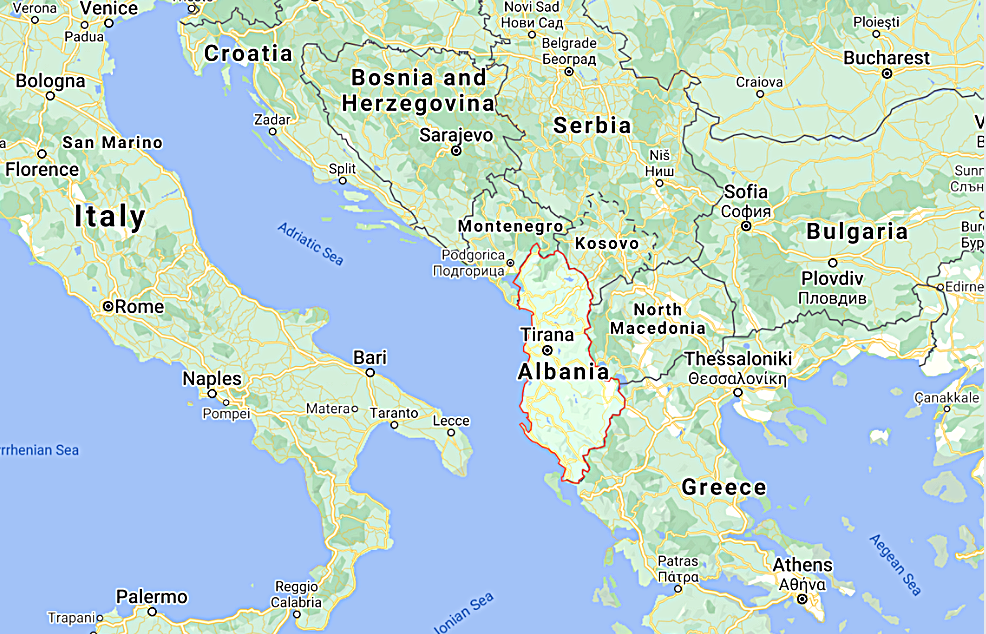 Prior to 1912, the country had been a rural backwater, governed by the Ottoman Empire for 500 years,– and despite the Ottomans’ much-vaunted reputation for tolerance, there was little evidence of this in the region, where the language was banned in the Empire’s endmost decades, and even possession of books in Albanian was a punishable offence. The country experimented with various forms of government or was occupied until 1945.

Still, that was then, and now the capital Tirana (population just over 400,000) is a dynamic, hot-headed, expressive, colourful place – whose architecture is a chaotic blend of Ottoman, Soviet and modern, not to mention a few grand civic buildings erected by the Italians during their brief rule, from 1939 to 1943. A jumbled reflection perhaps of a country that still has to decide where it belongs in the 21st century. 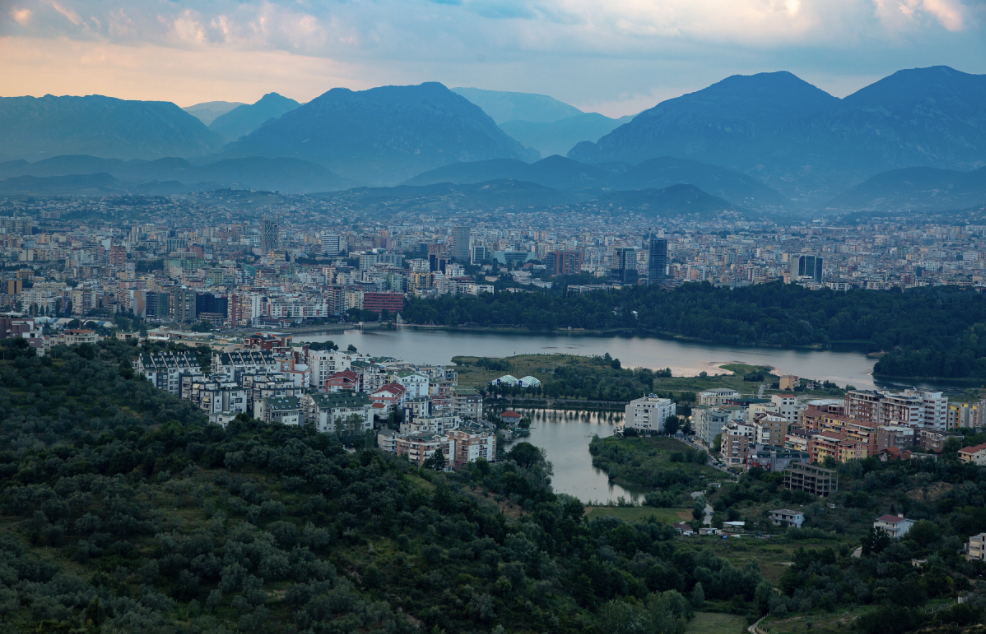 The small river Lana runs through the city, but you’ll only ever hear it on the rare occasions that the roaring traffic falls silent, including a surprisingly large number of luxury sedans. Or perhaps above the noise of the coffee machines, for among its other distinctions, Tirana is the city of cafés. Albania boasts more bars and restaurants even than Spain according to a recent survey. The intense competition has led to a whole new level of eateries, with service to match.

A record that perhaps generates less pride is the huge number of applications to emigrate – one ofthe highest in the world for a country not at war, including a significant quota of people claiming asylum status – and therefore generating work for translators, who ironically find themselves as key players in the emigration game. With an application to join the European Community underway, large swathes of pro-EU and pro-US youth have one eye on the exit. No surprise therefore that the language has 6 million speakers in the Balkans and another 1.5 million in the worldwide diaspora. First attested in the 15th century, it was the last Indo-European branch to feature in written records. 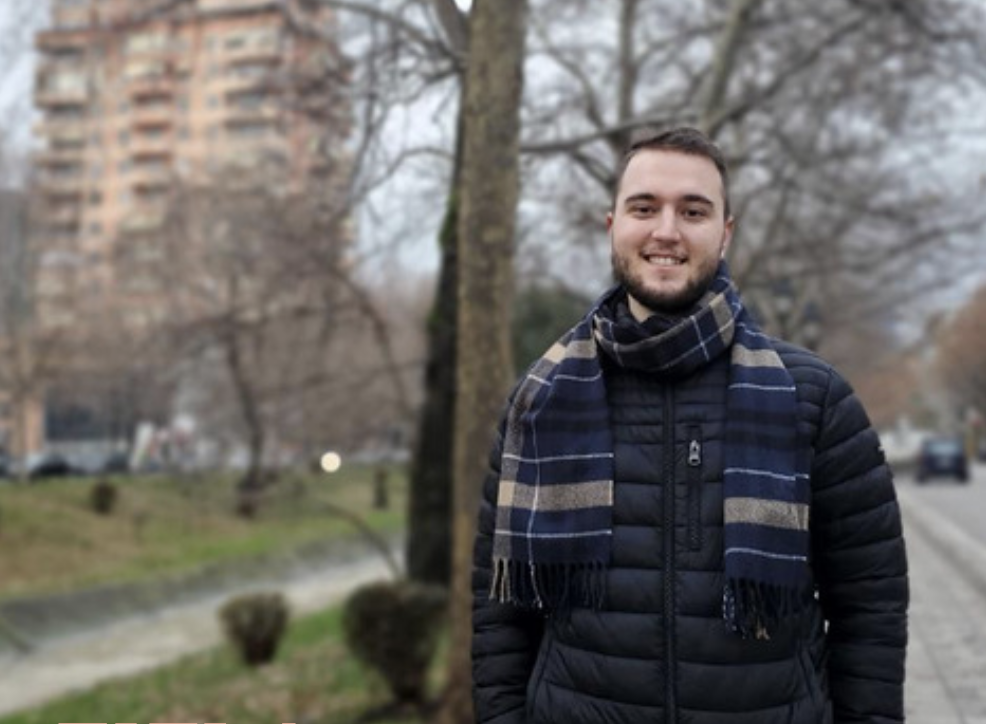 Albania is a small country, but seemed large enough to Kelvin Zifla as he grew up, moving often with his family from town to town until they finally settled in the capital in 2013. As a student, he had no particular professional ambition, but stood head and shoulders above his classmates when it came to languages, and English in particular (his level of fluency is remarkable to this day). He worked for a subtitling agency for two high school summers, but it was only at the end of his schooldays that the option of a career in languages began to form.

Kelvin’s first contact with ProZ.com came via terminology research. Stumbling one day on a discussion among several Albanian translators, he was inspired and decided to join. He initially took his language abilities for granted but soon came to appreciate the added craft involved in professional translation, and the niceties of the Albanian language itself. It was during a stint in Strasbourg that he truly grasped the significance of speaking a language unknown to 99.99% of the world. Now, above and beyond the delight we all share in bringing meaning to new audiences and deconstructing the layers of texts, he enjoys being part of a tiny coterie of language nerds who keep a small language not only alive but dynamic, strong and colourful.

Kelvin’s work is mostly tied up with legal and economic texts, but as with any small language, you rarely have the luxury of sticking to one speciality. Still, he has managed until now to resist the everyone does everything mentality and intends to keep sticking to what he knows best and feels most confidence about.

Most of his clients are local, with a smattering of international contacts thrown in. True, the latter may usually have a more positive and professional work culture, but Kelvin gets along well enough with Tirana-based clients, despite the occasional inflexibility of working habits. Many clients still have to make the digital leap, for example, and many elements of the process are still exclusively in hard copy. Meanwhile, working with clients abroad is sometimes impeded or slowed down by banking fees… 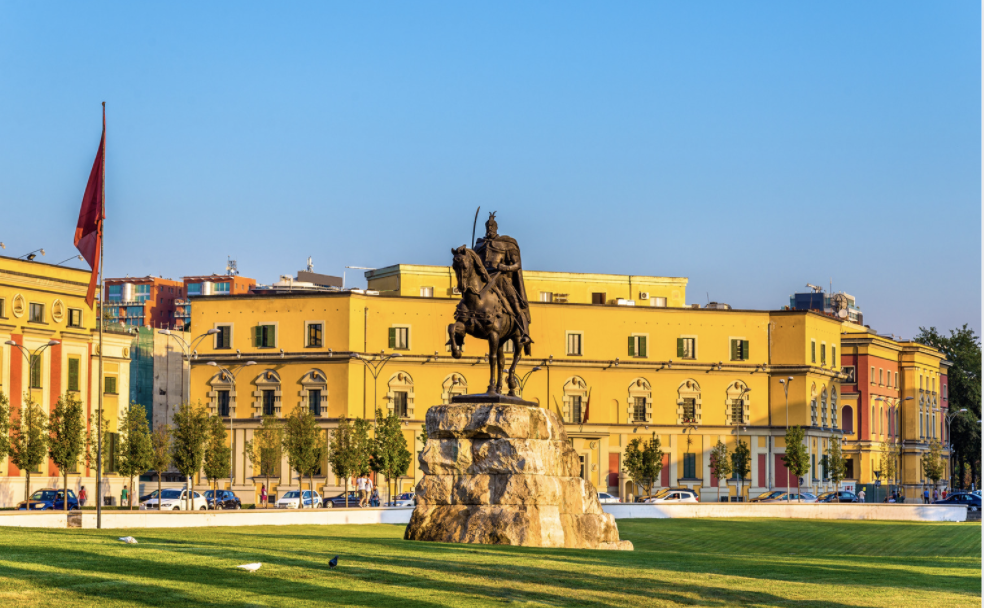 Local rates are often bound by outdated legislation, despite inflation and a rise in the cost of living – a legacy of the bad old days when all translators were state employees (and worked under close scrutiny). To this day there is only one faculty offering translation degrees in the country’s higher education system. Many translators have migrated in from other fields, leading to a certain oversaturation. And there’s an undercurrent of thinking that everyone now knows English, rendering translation unnecessary, to contend with. The fact that many translations are procedural and concerned with the EU application process mean that competition from machine translation is also a factor. But the EU system generates plenty of work of course, and any texts concerning Europe or international institutions are always considered to belong to the high end of the market, carrying a certain cachet.

Kelvin’s day begins at 9, with a two-hour lunchbreak, and finishes around 7pm, although of course strict timetables fly out of the window during peak periods, when he can find himself heading home from the office at three in the morning. Saturdays are lighter, and Sundays are for rest. Before the pandemic struck, the weekends would often feature visits to the cinema or theatre, but these days activities are restricted to walking in the city’s one main park or binge-watching series on Netflix.

Nevertheless, when all this is over, the prospect of visiting the surrounding hills, fields, rivers and the sea holds a glimmer of promise. From the nearby Dajt Mountain, you can look out over the entire city, and be back in the centre in 30 minutes. In just three quarters of an hour you can be sipping a coffee on the Adriatic, or enjoying local fare or some culinary blend of Turkish, Greek or Italian inspiration .

One thing few people know about Republika e Shqipërisë (the Republic of Albania) is that before the Ottomans, these lands were also inhabited by Venetians, Byzantines, Romans, Ancient Greeks, Thracians and… Illyrians. Now, one of the most famous sons of Illyria –alongside the Emperor Diocletian of Rome, and Justinian the Great, was one St Jerome, the 4th-century scholar, priest, theologian and confessor, who is now of course the patron saint of translation. Things have thankfully got a little more comfortable since Jerome’s day, but one of his famous quotations still serves as a daily inspiration for Kelvin: “Good, better, best. Never let it rest. Til’ your good is better and your better is best.” 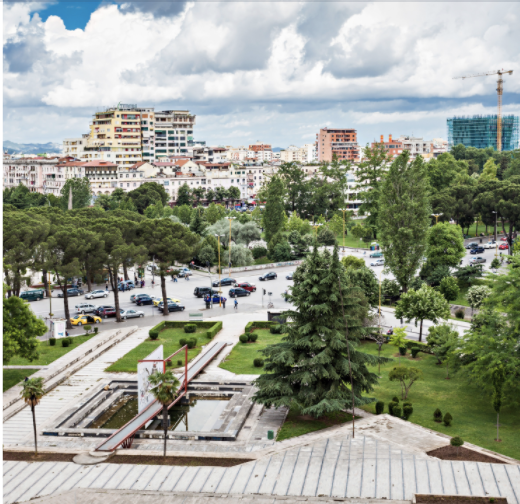 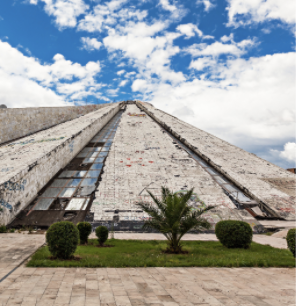