There are few cities more tumultuous – and full of contrasts – than India’s capital New Delhi. From the teeming streets and markets to the soaring architecture, from the manicured lawns of the luxury hotels and upper-class districts to the overcrowded markets, from the street eateries to the dazzling array of fine-dining restaurants, and from the twisting and choked narrow streets to impressive boulevards, all set against the cacophonous background of permanent traffic jams, shouts in a dozen Indian languages, and year-round searing heat, while the aroma of curry leaves, pomegranate flowers and roses hovers in the air. The centre for many ruling dynasties down the centuries, Delhi is a palimpsest where history and legacy have left their marks wherever you look. A city of extremes, where the one guarantee is that you’ll never be bored. 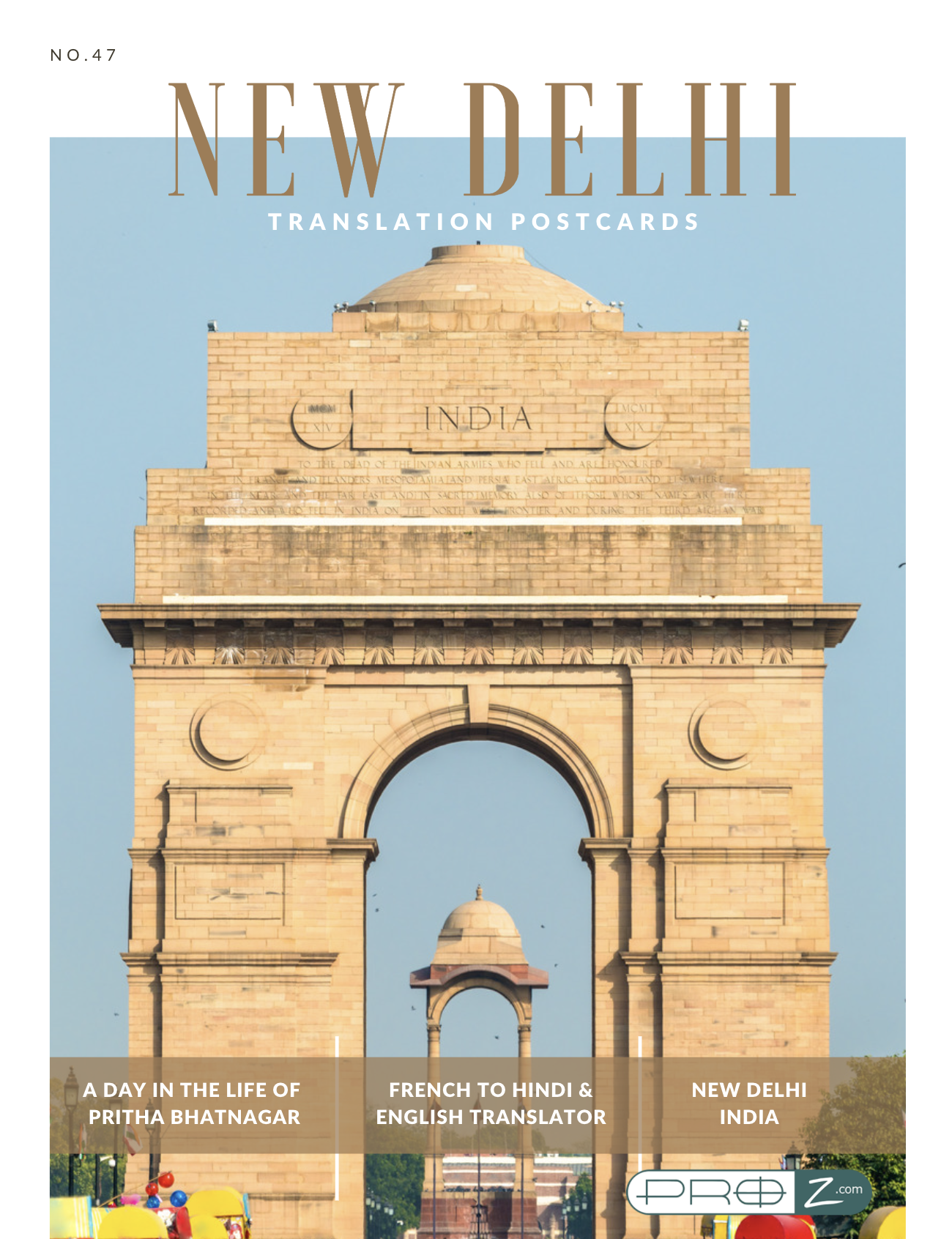 Like everywhere else on the planet, life was of course severely affected by the pandemic. Not least for translator Pritha Bhatnagar, who was on her way for one of her regular visits to her parents in the city of Ambala, 220 km away, over a year and a half ago, when the first lockdown struck. She’s been there ever since – a fate that might strike terror into the hearts of translators in some countries. Luckily, India is a culture of close extended family ties, where multiple generations often live under one roof, and so Pritha (and her parents) took all of this in their stride. 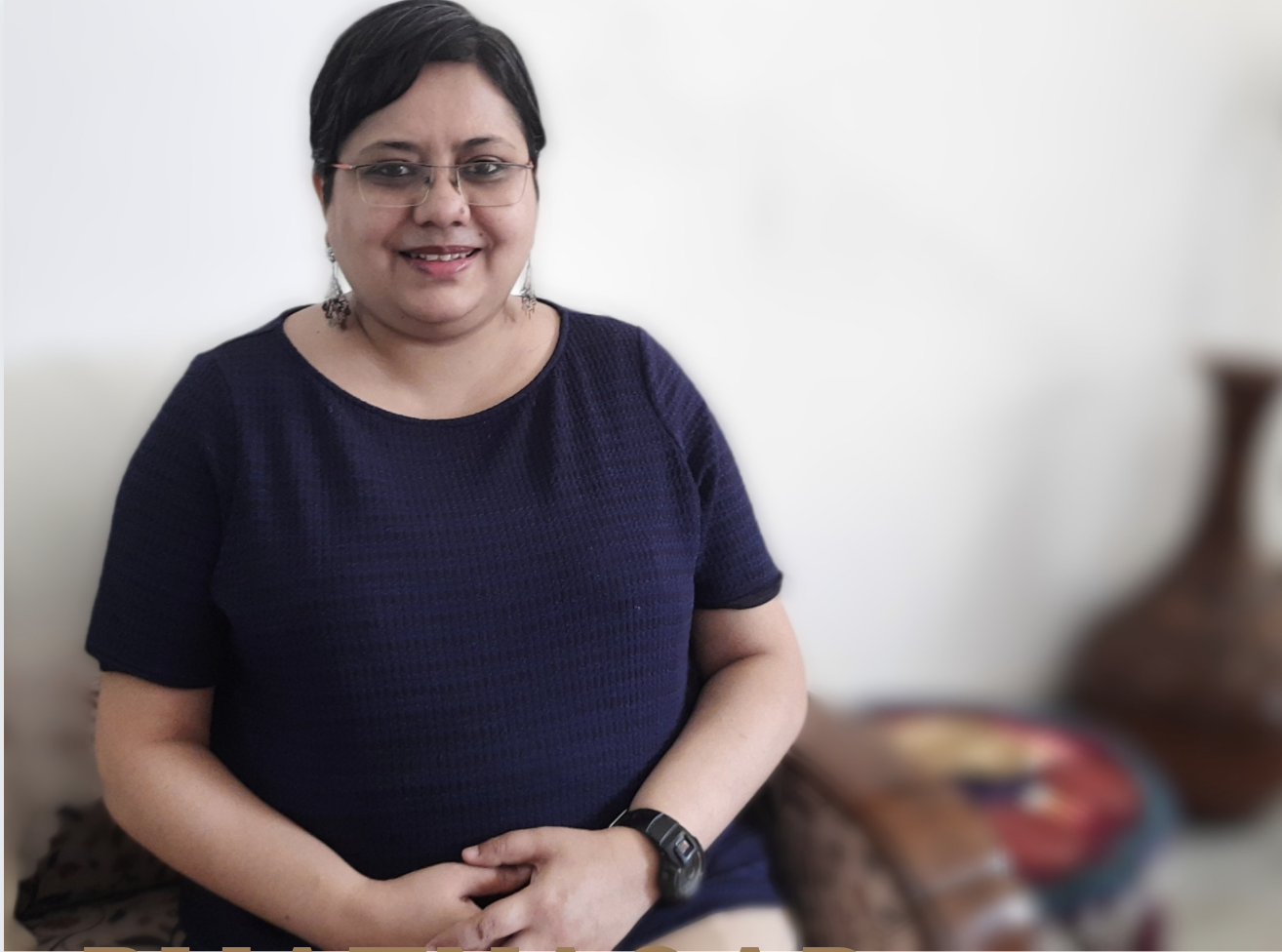 Perhaps Pritha’s flexibility is due in part to the fact that she grew up in cities throughout the country, as her father is a distinguished army officer, now retired. In fact, her recent 5-year stay in Delhi has been the longest she’s ever spent in one place. She also attributes her ease in getting to know new people to that itinerant childhood experience… And so she simply set up shop in her parents’ home with her laptop, and has been translating from there throughout her stay, including her co-translation with Ravi Kumar of “Translation: the Inside Story” into Hindi.

In fact that constant sense of being on the move initially applied also to Pritha’s professional life – she worked at 9 different organisations over a period of 16 years. Having started out as a French teacher at the Alliance Française in Chandigarh, she decided to study translation after 3 years. Along the way she translated and interpreted for export houses in New Delhi, worked at the Belgian and French embassies as a French to English translator, and occupied a number of similarly language-related roles at companies including Capgemini, at one point managing a 10-member team of translators and overseeing many more. 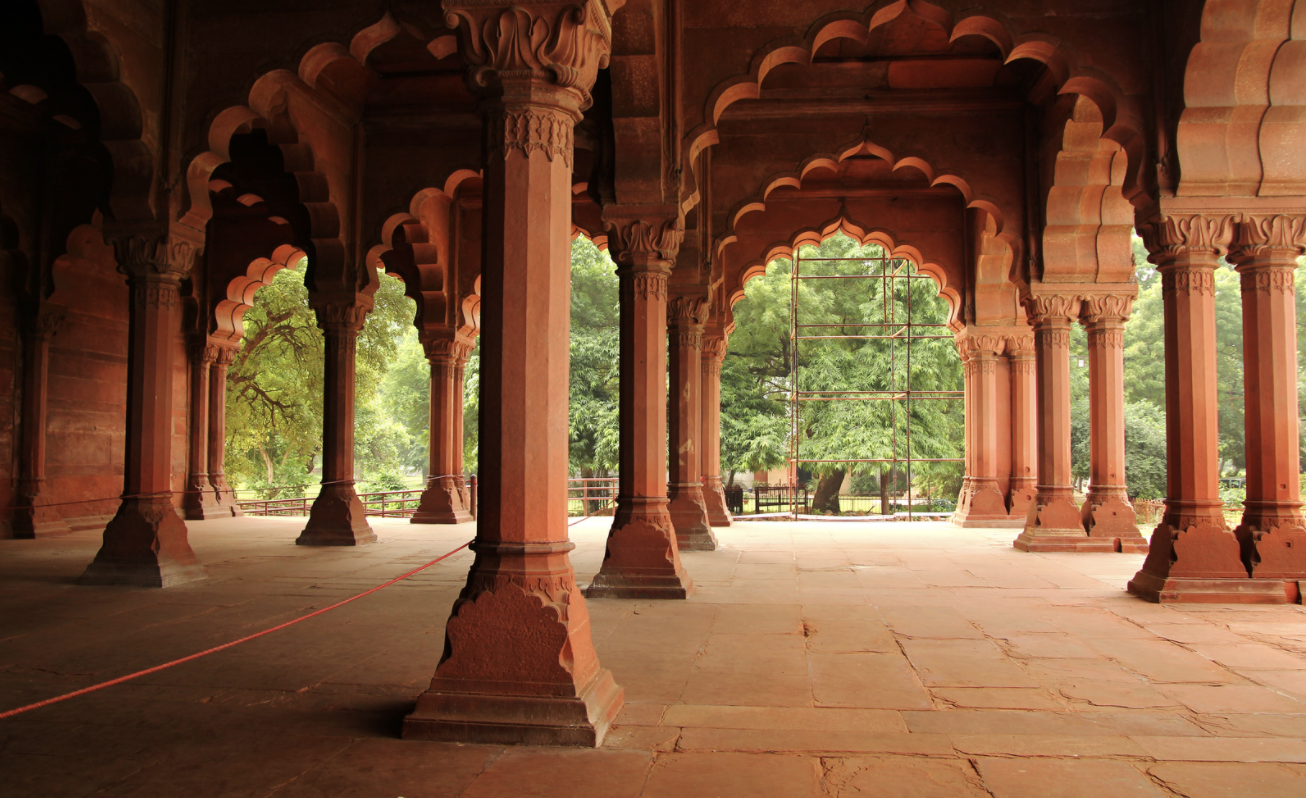 However, the hours in these high-responsibility roles became increasingly long, and with the demands of her beloved volunteering roles, Pritha needed more flexibility. It was only two years ago that she began working as a freelancer, but has taken to it so easily that she foresees no further changes for a long time. As her previous employer was in New Delhi, her freelance journey began there too. In fact, she’d done some translation while still at university back in 2006, and joined ProZ.com and built a profile in 2011, but only fully began to exploit its potential in the last two years, drawing on resources such as Spotlight Training to build up a regular CPD programme. She also enjoys the interactive online communities alongside an otherwise solitary working life, seeing the way people communicate and share experience with each other as a real privilege of the profession.

Even now business is still far slower than in previous years, and much work has shifted online, including for interpreters of course. And with temperatures ranging around 50 degrees in summer, air conditioning and multiple fans are vital tools in working from home. 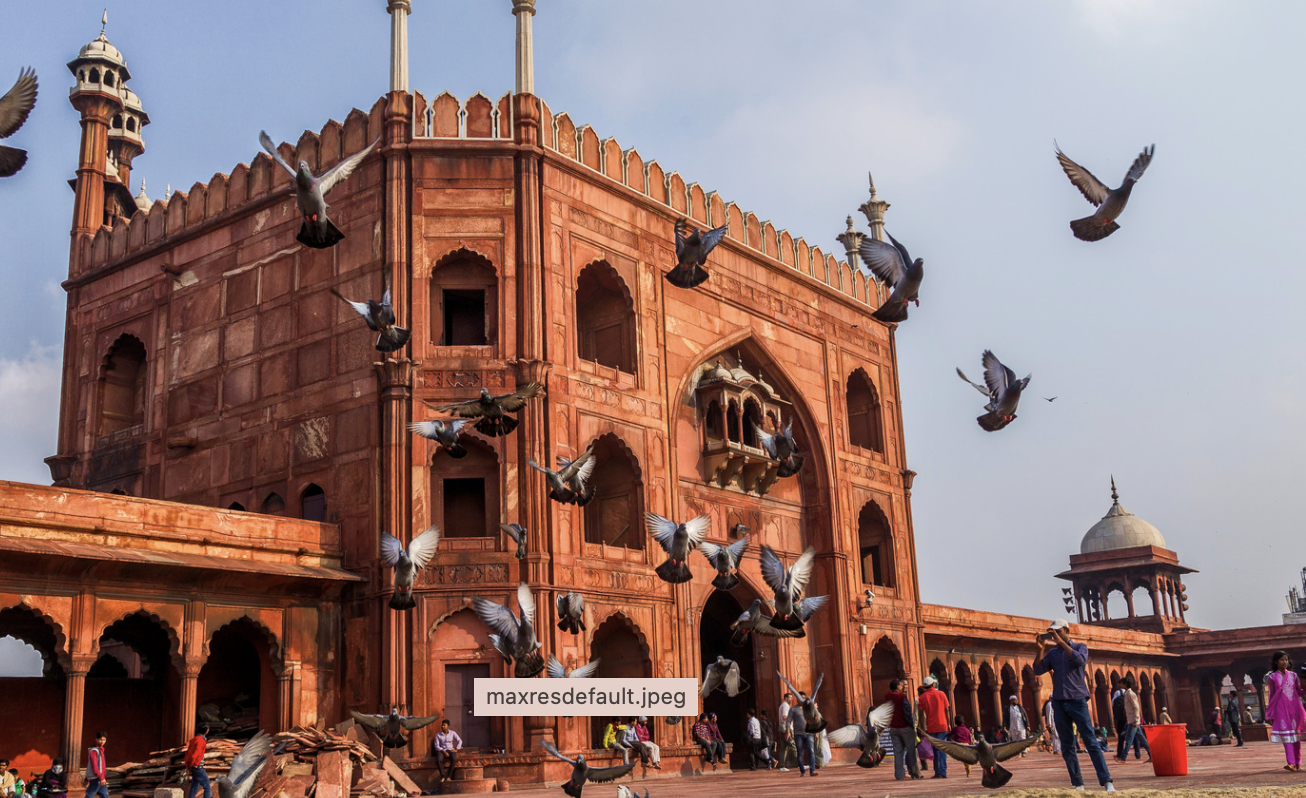 Pritha’s working life these days is varied, involving simultaneous, consecutive and chuchotage interpreting, teaching French to people aged anywhere between 10 and 65, single-handedly running a French multimedia library and even working as a news reader and radio jockey for the French-language programmes directed by All India Radio to listeners in francophone West Africa. All-time highlights have included the translation of part of the Indian President’s national address into French and a key interpreting role for COP14 in New Delhi in 2019.

Her day begins with meditation – but here we’re talking about waking up at 2 or 3 am, without the use of an alarm – a practice that naturally infuses what follows with a sense of calm. After returning to sleep for a while, the translation-related tasks begin with checking urgent mails that have arrived overnight – her late evening being afternoon in Europe and early morning in the States of course. Then there’s time for a walk and some yoga, before settling down to work around 9am. The schedule after that is generally flexible, depending on the project requirements of the day – mostly technical documents related to engineering, but also legal, marketing, pharmaceutical and IT texts. Another short walk after work concludes the day which ends around 6pm. 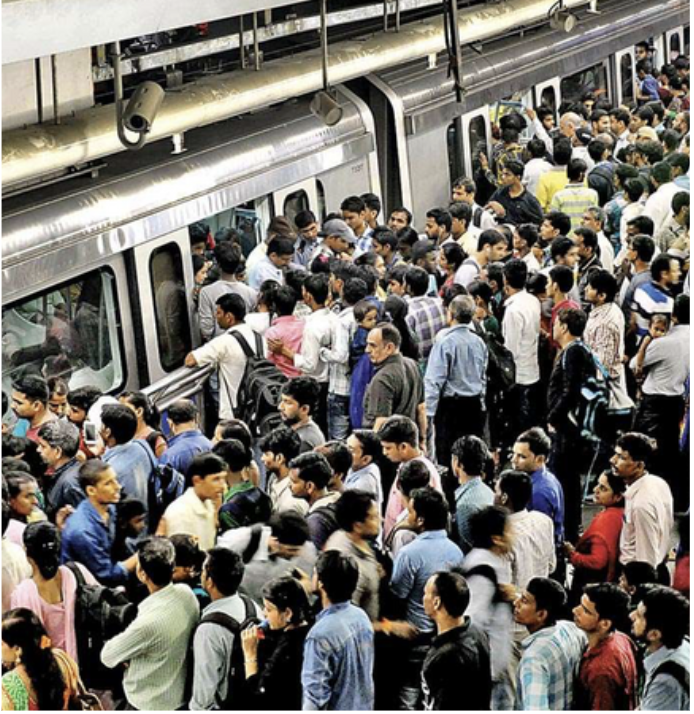 Pritha enjoys a good mix of local and international clients – there’s more work from the former but the rates are often unacceptably low, even for Indians, with some players offering well under 1 cent per word. And of course, one of the challenges of being in a populous country is that there are always 10 people queueing up to do the same work at lower rates – hence the need to differentiate oneself and stand out if you are to make an impact… and a living.

Nevertheless, Pritha draws on the concept of jugaad – apparently now included in the Oxford dictionary – meaning a resourceful ability to use limited means in innovative ways. And so between her range of clients, she enjoys a comfortable life, and certainly earns enough to make her parents proud of their freelance daughter.

In her own words “I get the feeling that there is a place for everyone to fit in some part of the work spectrum. One simply needs to keep an open mind, a keen eye for learning new things and a glass half-full mindset to keep progressing along one’s trajectory. Which leads me to add that I believe the competition is not between me as a professional and others, but between my last response and a potentially better version of my response in the present.”

Freelancing has shallow roots in a culture that sets great store by lifelong government service jobs, but freelance translation, for all its risks and demands such as the need to cross sell, diversify, stack skills etc., brings great freedom, and certainly avoids the numbing tedium of bureaucratic work. 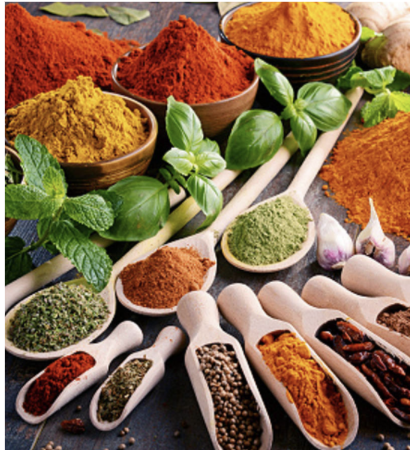 The variety keeps her on her toes most days – recent topics include the latest trends in digital marketing, railway maintenance networks, SAP, defence and aerospace, not to mention company annual reports, lease agreements, tender documents and even post-mortem reports. And recently she’s added another string to her bow – subtitling assignments. Enough to keep her busy from Monday to Saturday, fuelled by umpteen cups of chai and coffee after lunch. The entire family being vegetarian, mealtimes feature local produce with legumes, lentils, cottage cheese, Indian flatbreads, rice, salads and pickles.

Pritha’s non-work activities are as varied as her professional tasks, ranging from local painting and pottery workshops to reading about meditation and volunteering at local meditation centres – anything other than staring at a screen.

And it’s the world of meditation that also provides Pritha’s favourite quote, from German spiritual master Eckhart Tolle: “Realise deeply that the present moment is all you ever have:” wise words to turn to in the midst of the daily professional whirl. 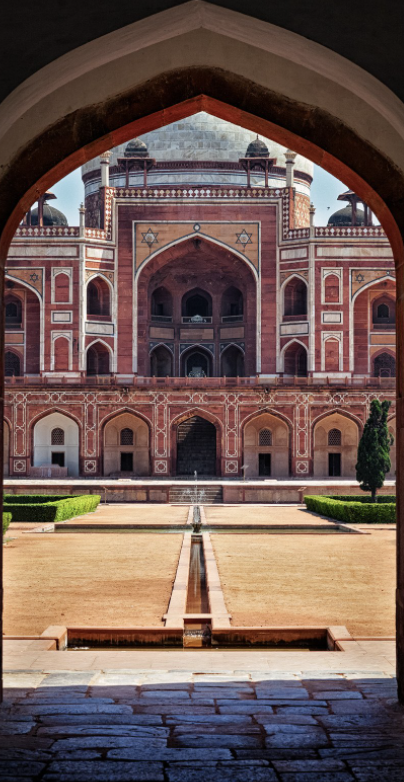 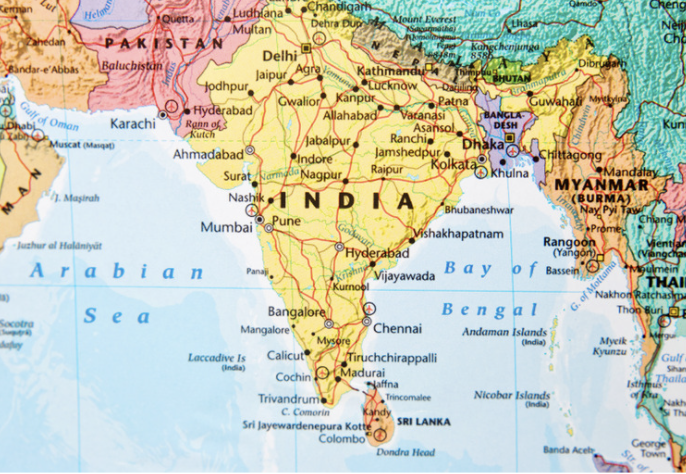