Getting paid with ProZ*Pay: the real story of Epiphane Adjadji

Epiphane Adjadji is an English <> French and English <> Fon translator from the Republic of Benin in West Africa. Despite the fact that he has been registered at ProZ.com since 2014, I virtually met Epiphane a few days ago when he replied to one of my email messages about the ProZ.com invoicing tool and ProZ*Pay.

Guess what my answer was!

Here is Epiphane's story, or as he puts it himself, the story of two life-saving solutions for freelancers in developing countries...

The following story has been written by Epiphane Adjadji.

It has been more than 10 years since I started  looking for a straightforward way to get paid working as freelance translator and subtitle specialist. Most of the digital platforms and app for issuing payment from overseas to my country do not operate in this region. Poor of me! I could see translation opportunities but could not access them because of the payment issue. Most of customers would require you to  have PayPal the only major and most commonly used payment mode in town. I got discouraged and stopped advertising for  my language service job.

A couple of months ago, after more than 3 years logging into my proz account,  I was called by a language service provider for a subtitle project. I could not even figure out how they found my phone number, it was such a long time since I tried to log into my proz account. I accepted to do the job and the following day; I got an NDA signed with the first subtitle project emailed to me. I was thrilled.

After I completed the project, I asked them how they were able to reach out to me. They informed me it was through my Proz account. Then I remembered I did have an account there. I tried to log in and noticed the advertising banner for the Proz Pay and Proz Invoicing option. I said wow!! But how to use them?

With my current customer, they offered to pay by PayPal, Payoneer and bank transfer. At least there was a bank transfer option which comforted me. When I submitted my invoice with bank details, they informed me it was not possible to make a bank transfer from the US to my African Bank account. I was once again in shock! No PayPal, No Skrill, No Payoneer, no Western Union no other means of payment. I was going to lose all the money I made hardly.

I decided to dig into the Proz invoicing  and Proz Pay option and was able to see all the option available, Bank transfer, Western Union, WorldRemit, Payoneer, Remitly, Skrill, Cryptocurrency via BitPay. I was impressed, happy that even if through Proz pay I could get my pay right into my Mobile Mobile account through my regular phone number using WorldRemit. What a lifesaving option! I drafted my invoice; located the service provider and clicked on the submit button and started  praying. The payment term set by the LSP is 65 days so plenty of time for me to pray and hope they will really make a payment via Proz platform.

Over 65 days, the magic happened I got a notification that I received the amount due to me in my proz wallet and I quickly proceeded on to request a money withdrawal directly to my phone number using WorldRemit as a means of cashing my money, and it went well. In a matter of minutes, I was paid instantly.

I am so grateful for Proz for having thought about me and the thousands of freelancers from Developing countries how do not have the luxury to have a working PayPal account. Thank you Proz! 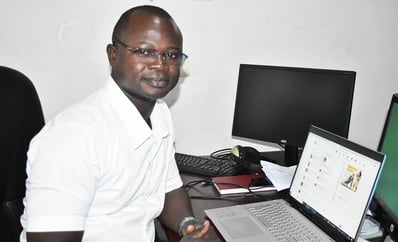 In the name of the entire ProZ.com team, thank you, Epipahane, for sharing your story and for being part of the site.