The people behind ProZ.com: Mike Donlin 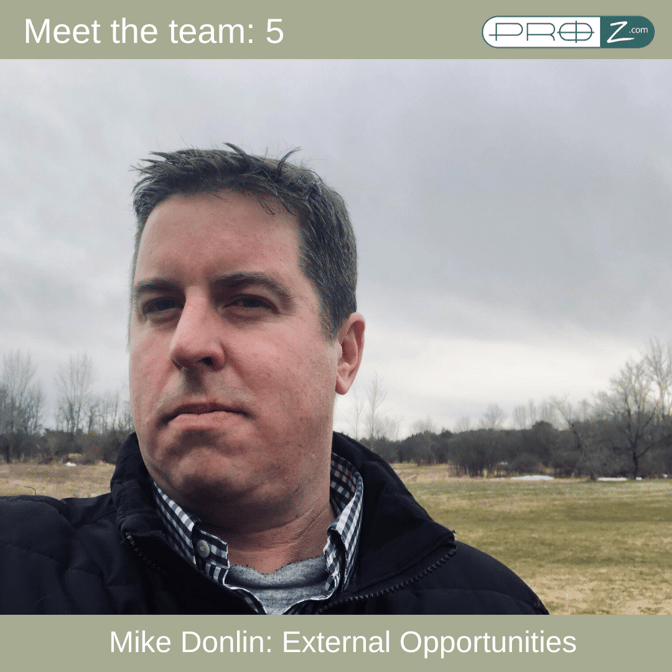 Over at the Translators and Interpreters (ProZ.com) Facebook Group, there are plans for a series of weekly posts introducing you to the people behind ProZ.com. Some of them you may have come across, while others have remained in the shadows… until now! In the weeks and months ahead, we’ll get to know all of them in turn. This is our fifth profile.
It all began, funnily enough, with ice hockey (known in the US as plain “hockey”). Mike Donlin and Henry Dotterer go back several years and both have sons of similar ages. When Henry put together a “superstar” hockey team for 8-year-olds in Syracuse, NY, assembling a great group of kids, he reached out to Mike to be a coach. Their kids went on to play in the national championships in Minnesota.

A keen athlete growing up, Mike had worked in sports publicity for several years, for two different colleges, taking a close interest in the tech side. He was then snapped up by the company that designed the website for a school athletics department, and ended up involved in building 600 college websites, travelling around the US in the process. Then came a stint at a video streaming company, all the while working from home.

It was in 2017 that Mike and Henry got talking about where Mike’s abilities could fit in at ProZ.com. A quick learner, Mike soon learned the ropes – despite having no background in translation – especially about communicating with translators, and how to be concise and clear with non-native speakers around the world.

Mike’s role has always revolved around “external opportunities”. Simply put, it means helping users get more jobs. He started building the first pools of specialists – beginning with interpreters, subtitlers, and literary translators, etc. The idea was to seek out ways for people to differentiate themselves beyond just their profile.

His main focus these days is on membership sales, both to businesses and freelancers – creating the pools helped him get to know both sides. The new ProZ*Pay initiative is also part of his remit.

What Mike really enjoys about ProZ.com is the global scope. There are close on a million users out there, including people who need a wide variety of solutions, and others who are vocal about offering opinions and challenges. With such an international audience, no one solution fits all, and it’s an empowering experience trying to work out what might work in various parts of the world, and then to tailor that both to top translators and complete beginners.

Then there’s the excitement of being part of an international team, with colleagues from the US, Ukraine, Cuba, Argentina, Spain and Wales. Mike’s own roots go back, as you might guess from the surname, to Ireland. A multinational group of people, learning from each other, getting along fine, all in pursuit of Henry’s original vision of setting out to help other translators.

In his free time, Mike’s a Little League Baseball Coach, who took his team to the top of the district League a couple of years back! Weekends are spent taking the kids to sport, working in the five-acre grounds round the house, reading voraciously, and playing with his two golden retrievers. The perfect relaxing hobbies before heading back to the intense world of translators around the globe…
Read previous versions of The people behind ProZ.com
Henry Dotterer
Jared Tabor
Lu Leszinsky