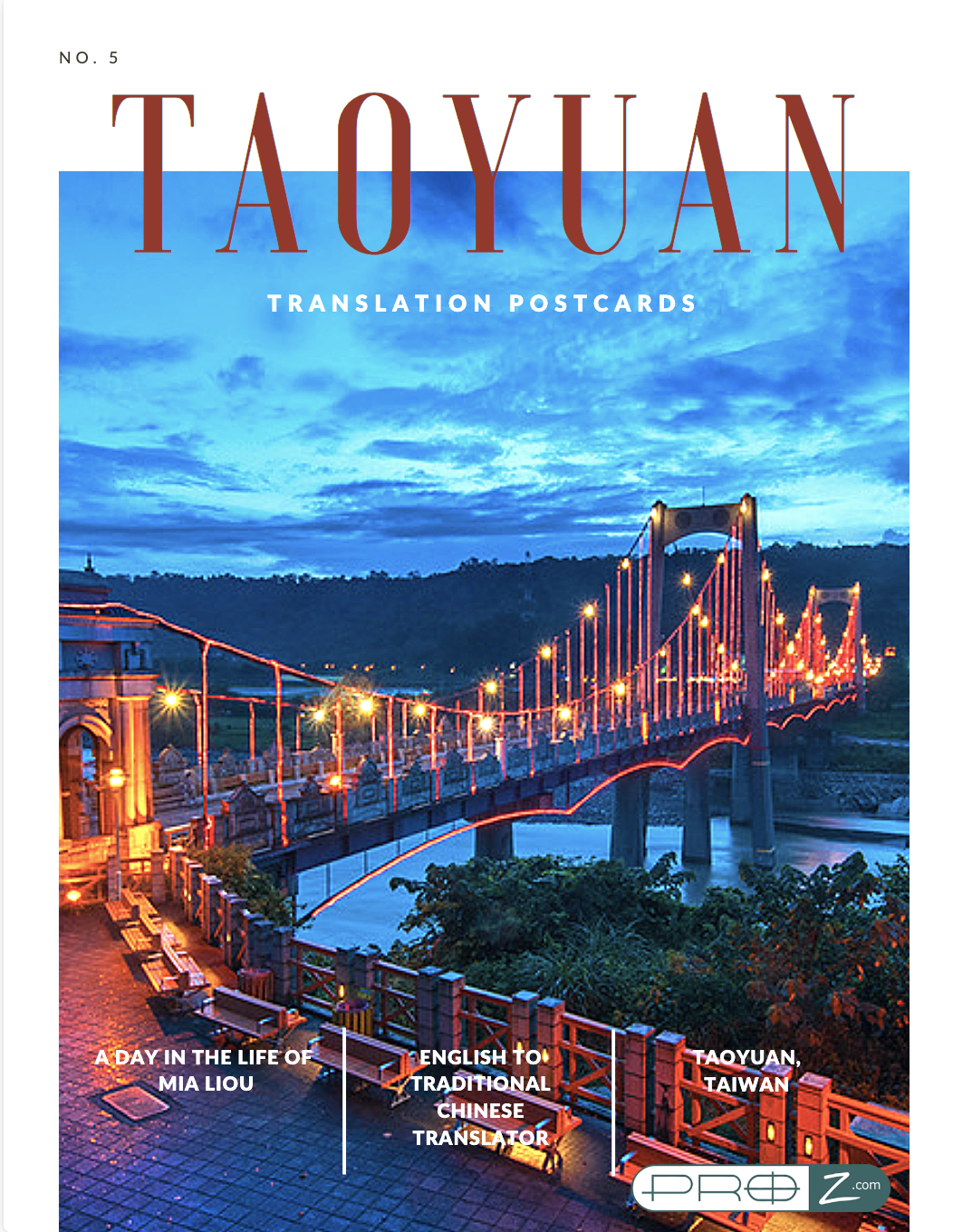 Once upon a time, there were nothing but rice fields here. The city of Taoyuan (桃園, meaning “peach garden”), a post-war creation, is now a thriving urban hub, just 20 minutes by high-speed train from the Taiwanese capital Taipei. Many of its residents work there, and the station platforms every morning are full, but not only of Taiwanese. Crowds of migrant workers from Indonesia, Vietnam, Thailand and the Philippines give the place a south-east Asian feel. It’s also here that Taiwan’s airport is situated. 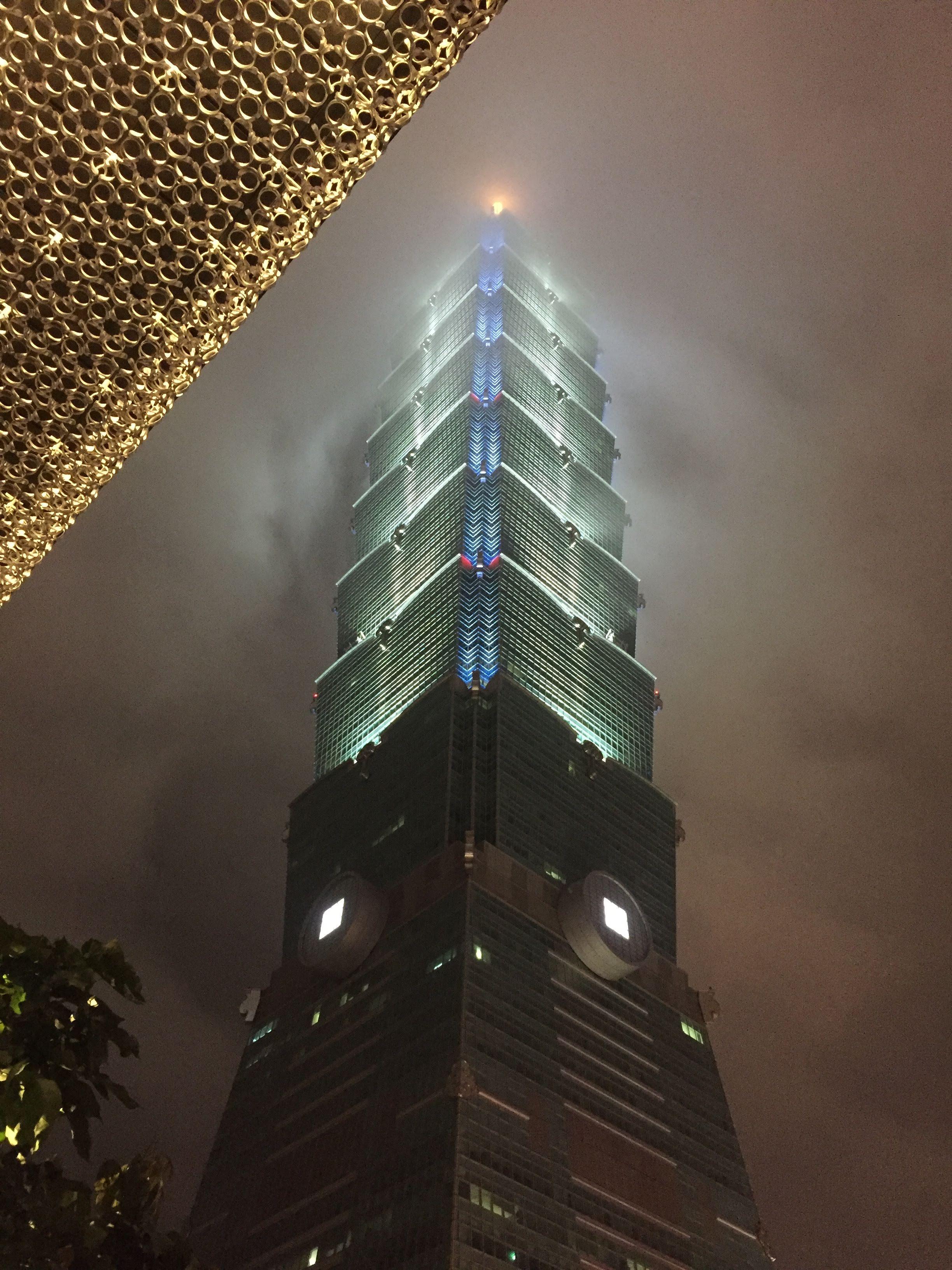 High-rise buildings soar above what is often nicknamed the “thousand-pond township”. But this is no mere dormitory town for the capital. In 2019, Taoyuan was named “intelligent community of the year”, by the NYC-based Intelligent Community Forum. The award recognises the quality of the town’s broadband services, libraries with online access, innovation hubs, alternative energy provision, and a citizen ID card called the Taoyuan City Card, which connects locals with a wide variety of public services and information.

Mia Liou moved here in 2018, to escape the increasing population and heavy traffic of Taipei. She and her husband chose a redevelopment zone by the river, where there are still relatively few residents, buildings and stores. Given the scarcity of public facilities or services within walking distance, such stores play a huge role in daily life. At the 7-11 located at the foot of Mia’s building, for example, you can eat food that’s “microwaved but really tasty” in the air-conditioned indoor dining area, or gossip over a good coffee or freshly-brewed tea. It’s a refuge in the summer when the midday temperatures reach 35 degrees. 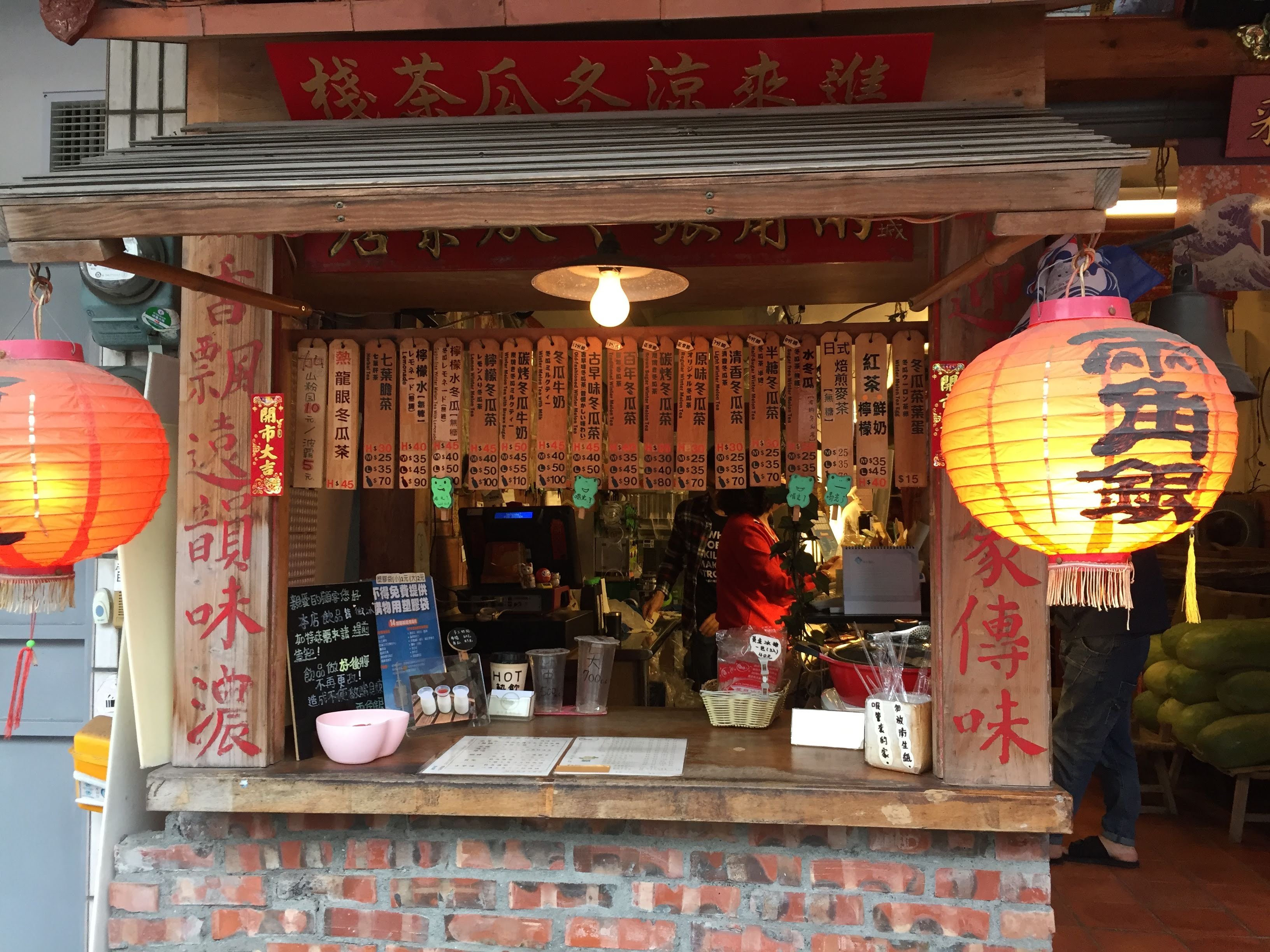 Besides the chatter from the restaurants, the sounds of birdsong and the notorious winds howling through the city fill the air – mixed in with the traffic and the clanking of construction sites.

Outside the city however, you soon come across dramatic natural scenery. Thrusting mountains wreathed in mist, tranquil lakes, waterfalls and rapids. An intrepid adventurer, who sees in nature a challenge to discover our hidden potential and  go beyond our limits, Mia’s own brand at flowlocalization.com specialises in the outdoors industry.

Born and raised in Taiwan, Mia’s mother tongue is in fact Taiwanese, aka Hokkien – which was officially repressed and forbidden – including in schools – till the 1990s. The language of instruction was Mandarin, which in Taiwan is written with Traditional Chinese (TC) characters, rather than the Simplified Chinese (SC) used in China. TC is therefore Mia’s working language.

Having studied  English ever since junior high school, once she graduated from university was taken on a project manager by an agency in 2002 where she often turned to ProZ.com for her recruitment needs. She moved on to working as a part-time translator in 2003. In 2010, Mia went fully freelance and took out her own ProZ membership, regularly following training courses, upgrading to Plus membership and becoming a Certified PRO along the way.

Like so many translators, she loves the solitude, the independence, and the fact that you’re always learning as you work, as well as helping disseminate that knowledge further.

Mia’s day starts at 8, with a simple breakfast of wholewheat toast or muesli with a café Americano. A walk follows, with an international news podcast playing in her earbuds. As you pass the residential area’s only “breakfast café” (a widespread phenomenon, with shops that open at 6 and close at 11am), you might hear the eggs, bacon and ham sizzling on the steel plate, to be turned into an egg wrap or “Taiwanese omelette”. Another popular breakfast option is what some people call it turnip cake, but is actually radish), which is fried and diced on the same steel plate, then served with soy sauce paste or hot chilli sauce. In traditional Taiwanese breakfast shops, the mild aroma and steam from the big barrel of freshly made soy milk has come to symbolise city mornings. 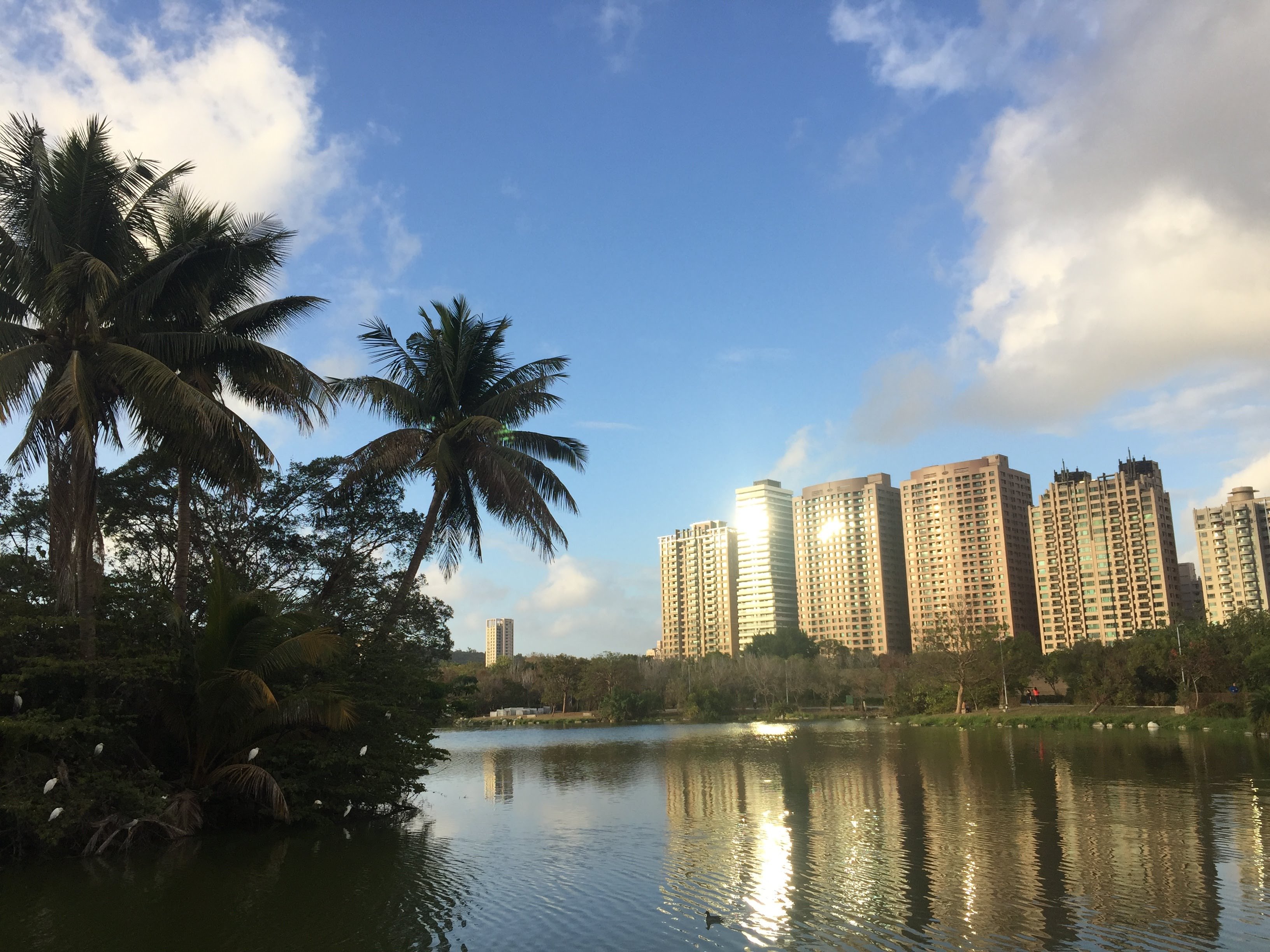 Back home, work continues apace until the evening, with just a simple lunch. Then come fitness training, indoor bouldering, a practice session on the handpan – a sort of steel drum – or a short run followed by a home workout. And maybe an hour spent on marketing, or learning Portuguese…

Food is also a big topic of conversation after work with a wide selection of eateries everywhere. Top choices for dinner might include sushi, bibimbap, ramen, dumpling, or curry rice. In fact, scour any Taiwan tourist guide and you’ll see a sizeable chunk devoted to shopping and eating, the nation’s twin pastimes.

Mia’s weekends are mostly taken up with hiking. With over 200 mountains higher than 3,000 metres, this is certainly the place to be. Take your pick between rambling, camping, kayaking, river tracing, hot spring exploration or cycling, depending on the season.

It was in the wake of an injury suffered on a trip to Corsica, followed by a frustratingly slow recovery, that Mia decided to bring nature to her instead, by specialising in the subject, helping outdoor brands reach more customers in Chinese speaking markets, and ensuring Chinese-speaking enthusiasts are well equipped in gear, information and skills, for safer, more enjoyable adventures.

Mia’s clients are international, from the US, Europe, Hong Kong, Singapore and Australia, largely because of the preferential rates over local clients.

The biggest challenge for a TC translator extends way beyond the personal. The written language itself is under threat and needs protecting.

TC characters are of course more complex, with many more strokes, each playing a subtle part. Like many TC users, Mia feels the SC versions often lose subtlety and beauty. Take the character for “love” she laughs:  愛 in TC and 爱 in SC. Close examination reveals that the strokes that are missing are those that represent the “heart”. So there you have it, love without a heart, symbolising a much wider linguistic loss…

TC users can all use SC, and might indeed do so for a quickly written note. But they revert to their standard form for 90% of all correspondence. However, given the ever-growing reach of Chinese pop culture, the younger generation are starting to adopt both the vocabulary and grammar of SC…

More and more agencies tend to hire SC translators at lower rates, then assign proofreading tasks to TC translators. Across the region, the demand for TC, which used to be higher than SC, is gradually being eroded. TC is used in Taiwan, Hong Kong, overseas Chinese communities and Macao, but even in the latter, anecdotal evidence from visits suggests a steadily encroaching SC influence, which is of course a reflection of China’s growing economic heft. Companies are more reluctant these days to commission translations into both versions of Chinese. Not to mention the time a client asked for SC terminology and wording in in-house training material for a branch that was nevertheless in Taipei

Still, Mia is an indefatigable defender of TC. When people are willing to figure it out, it means they care about their brand image and how their customer feels. It also gives her a chance to guide them through the complexity, help them to use the appropriate language for their target market, and make a little contribution to preserving the integrity of Traditional Chinese. 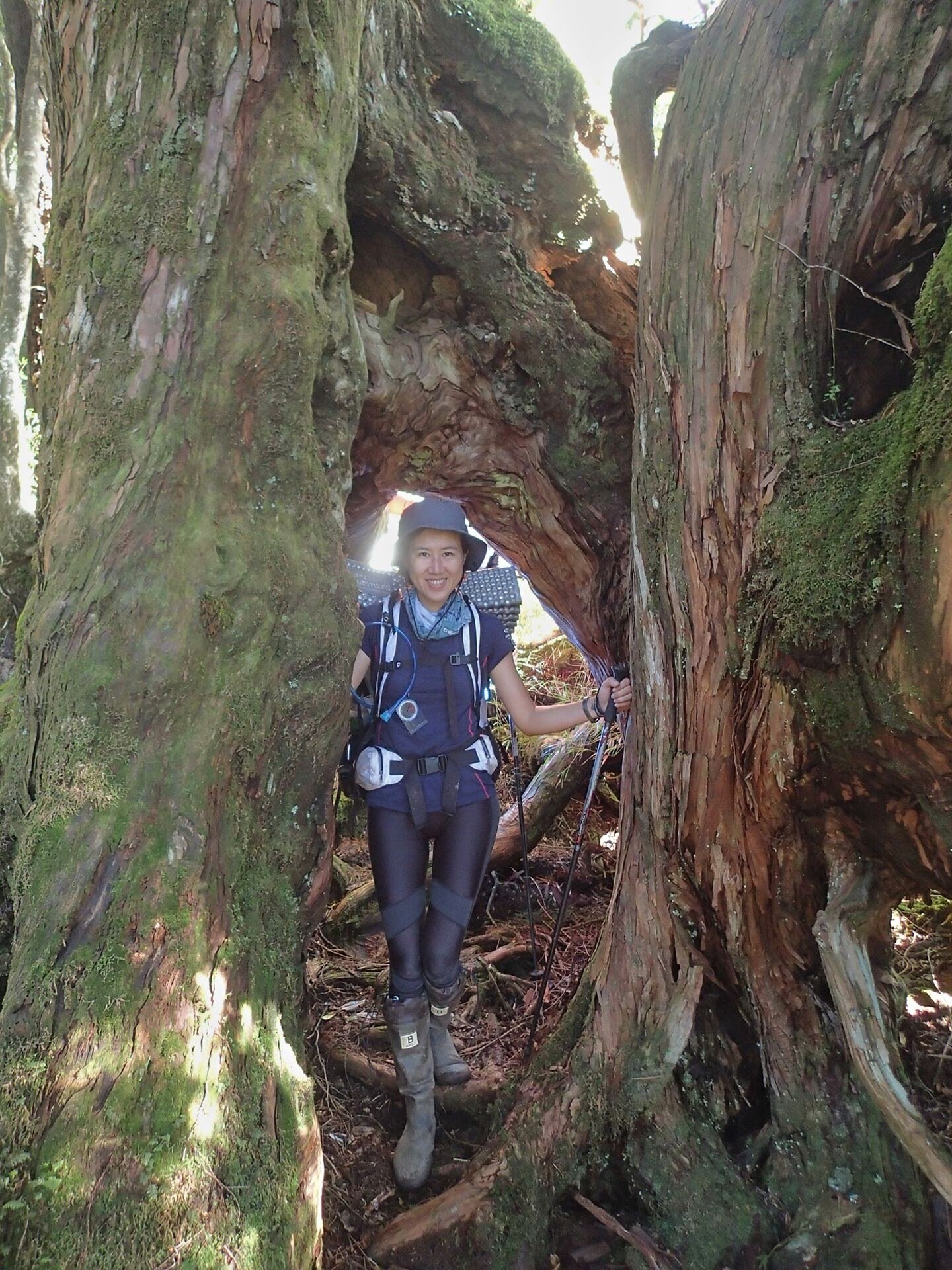