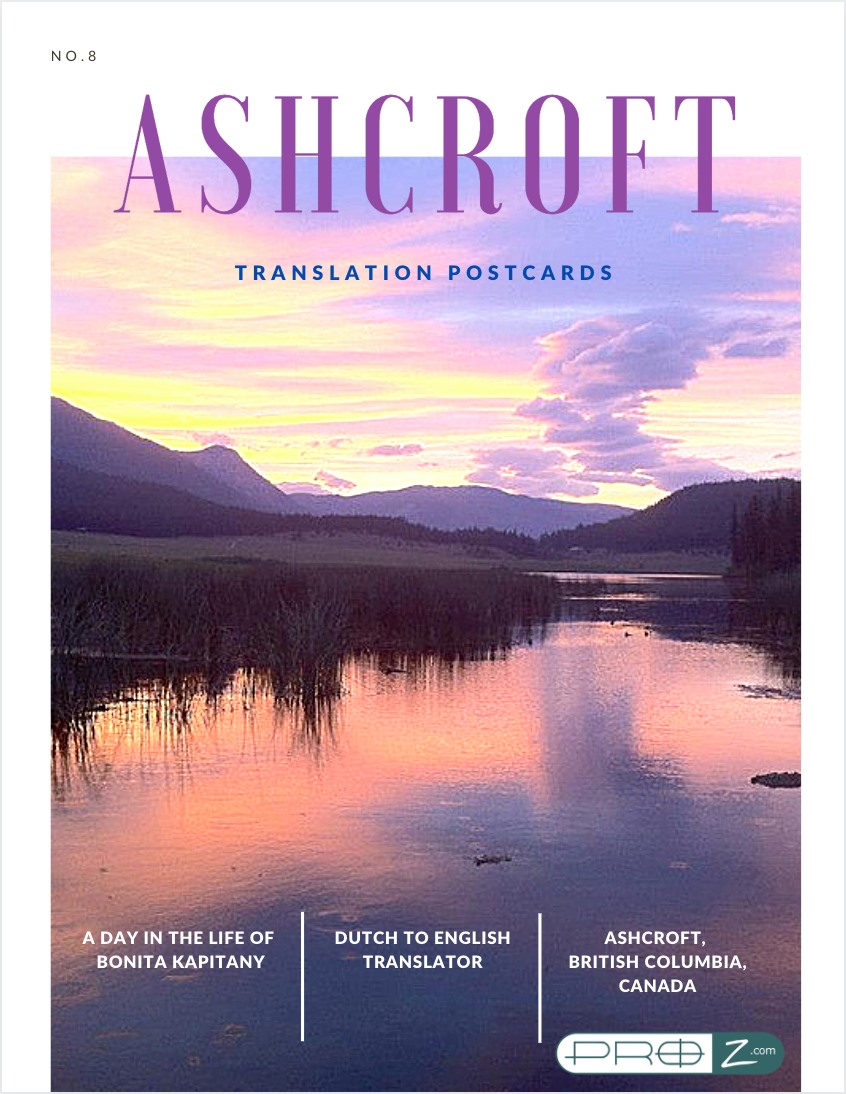 Two owls strike up a conversation on either side of the house – an altogether gentler sound than the honking of Canada geese flying overhead as they prepare to land in a nearby lake. In the distance there’s the faint buzz of a neighbour’s chainsaw, while the rumbling of a passing truck or train is carried by the wind from far below. But mostly, you hear the sound of the wind itself, whispering in the trees, but at times whipped up into a howling frenzy, accompanied by a chorus of yipping coyotes. Otherwise, all is absolute silence. 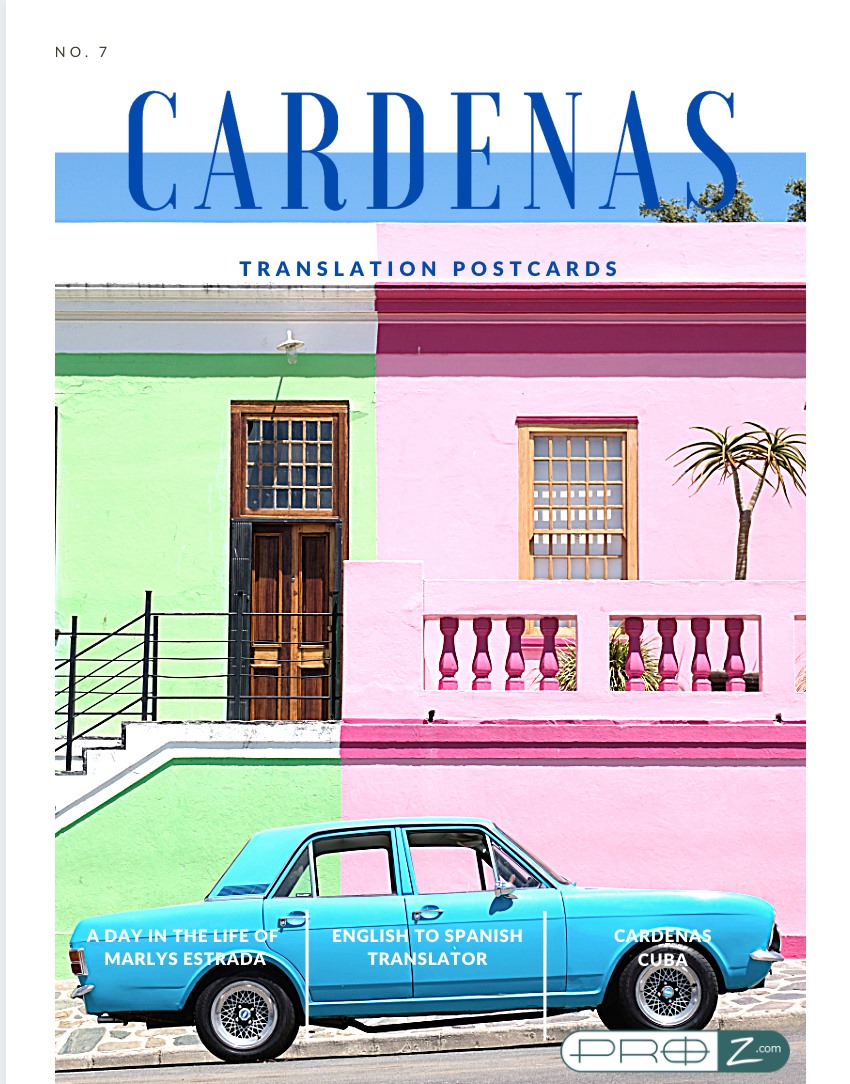 It’s early morning. You wake up to the smell of newly baked bread, and the cries of peddlers hawking their merchandise. Living right on the edge of the official economy, they ply the streets on foot or by bike, laden with bags or wooden boxes containing anything that’s worth selling. “Fresh garlic and onion!”, “Clothespegs, brooms and mops!”, “Bleach!” and “Mattress Mender” are among the most common cries. 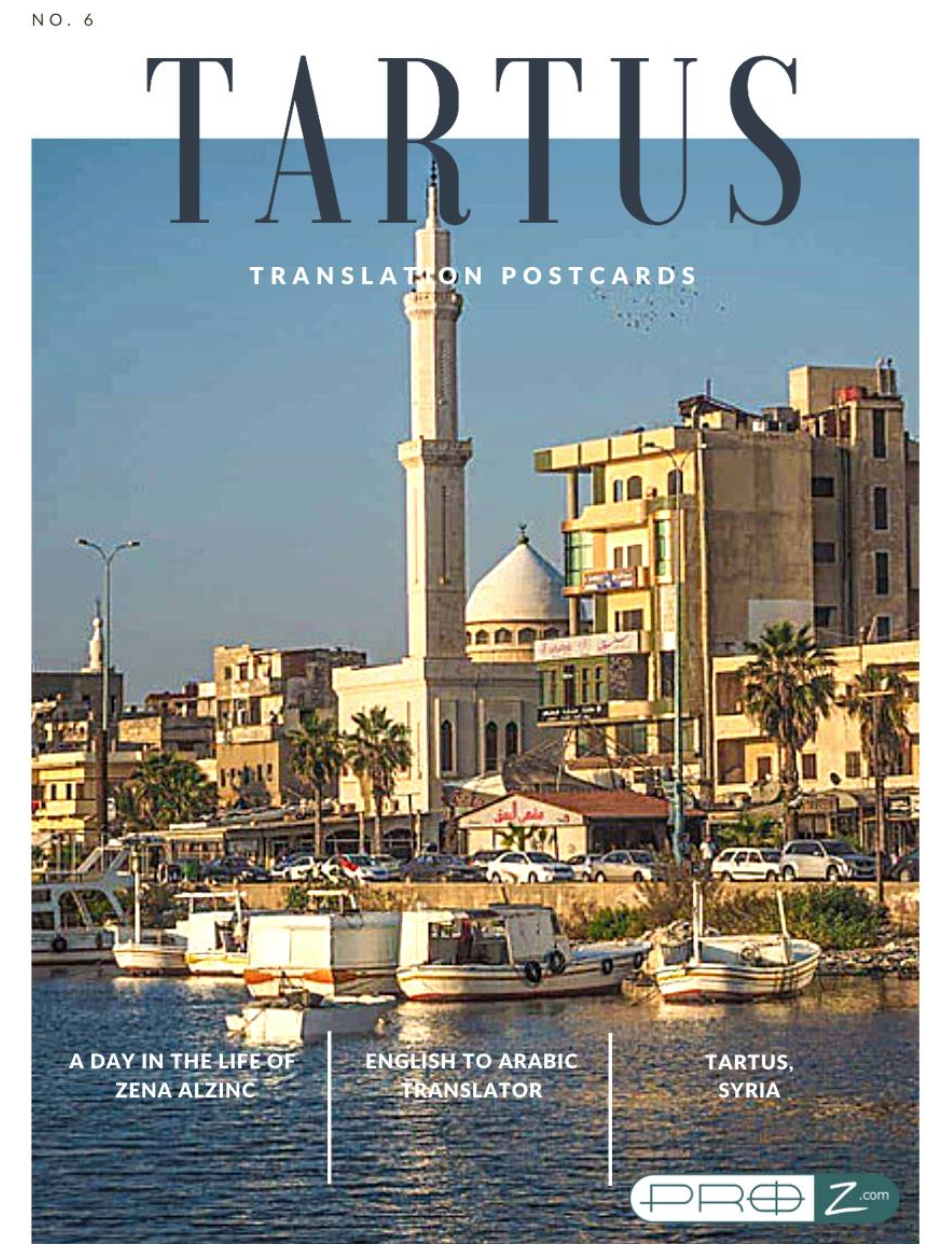 Ask your average viewer of the news what comes to mind when you say “Syria”, and you’re unlikely to hear them describe a liberal, cosmopolitan city with an elegant Corniche, a rich culinary tradition, colourful markets groaning with fresh fruit and vegetables, and a 12th-century cathedral. Not to mention the castles, towers, artefacts and ruins of a whole palimpsest of civilisations, from Phoenician to Aramaic and from Canaanite to Christian and Islamic. What’s more, a city surrounded by virginal landscapes of undulating, forested hills, dotted with ancient ruins, and watered by sparkling rivers. But then again, perhaps your average viewer of the news has never seen, or even heard of Tartus.

Once upon a time, there were nothing but rice fields here. The city of Taoyuan (桃園, meaning “peach garden”), a post-war creation, is now a thriving urban hub, just 20 minutes by high-speed train from the Taiwanese capital Taipei. Many of its residents work there, and the station platforms every morning are full, but not only of Taiwanese. Crowds of migrant workers from Indonesia, Vietnam, Thailand and the Philippines give the place a south-east Asian feel. It’s also here that Taiwan’s airport is situated. 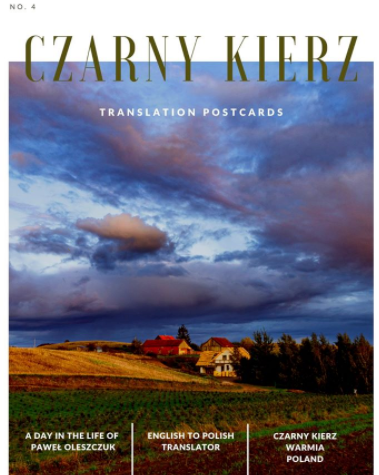 Old houses and barns with red tiles set in a patchwork of green meadows and fields. Farms and ranches scattered among hills and rivers. The echoing cry of long-necked cranes, fading into crepuscular silence. Buzzards circling high overhead. Air that smells different in every season, from springtime dew to summer fertiliser, the smoky tang of fireplaces and rotten leaves in the autumn, the brittle crunch of frost and snow in the frozen winter. 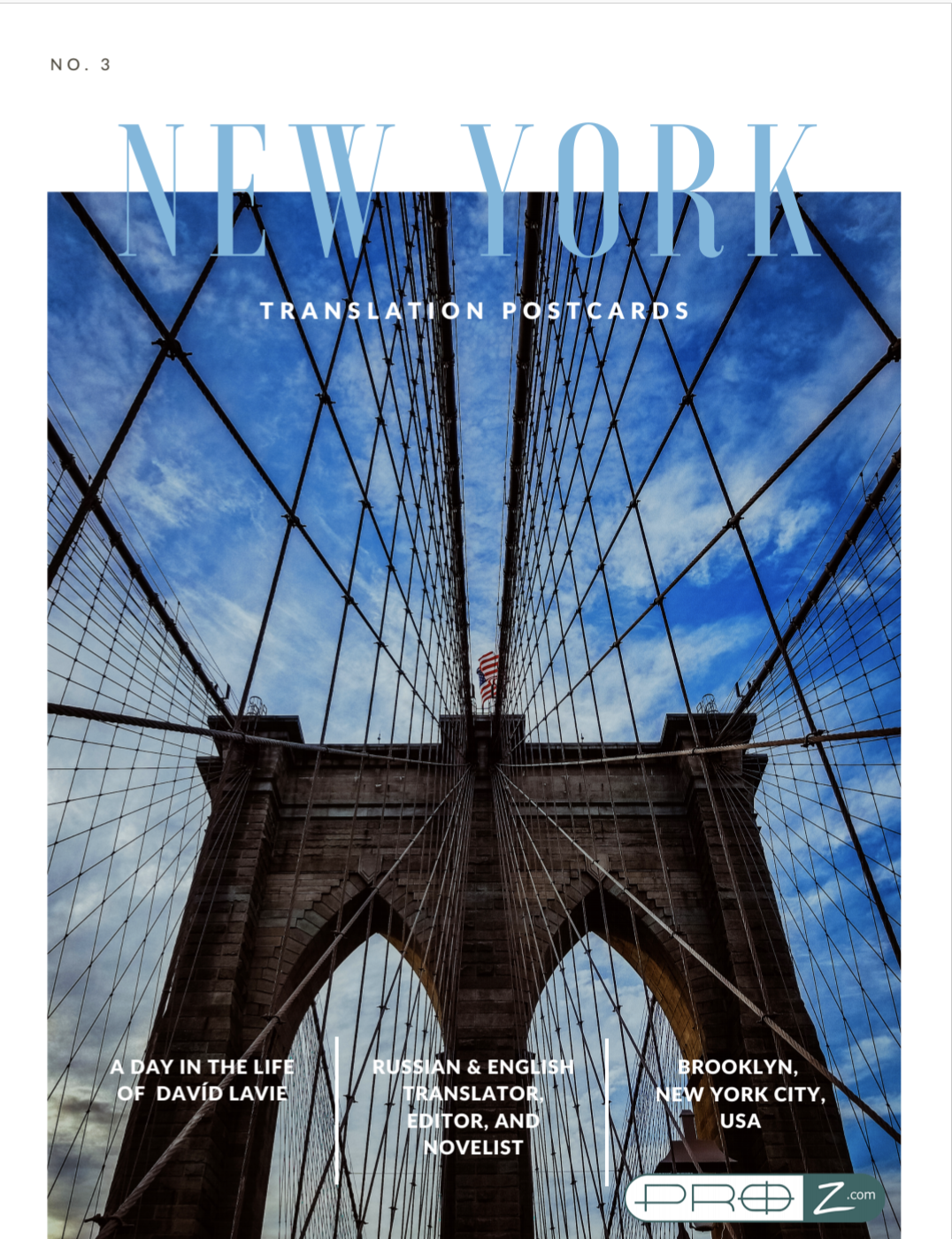 On a foggy day, there’s a deep, resonant sound that rolls in from the water: the horns of freight tankers inching their way towards the commercial ports of New York Harbour, through the Narrows. We’re in Bay Ridge, Brooklyn, a lower-middle-class district with rich Italian and Irish roots, so you can count on getting phenomenal pizza at Campania, world-class pignoli and cannoli at Paneantico, and a perfect cocktail of whiskey and banter at Kitty Kiernans. But look carefully and you can also make out Greek, Russian and Spanish threads in the local fabric. 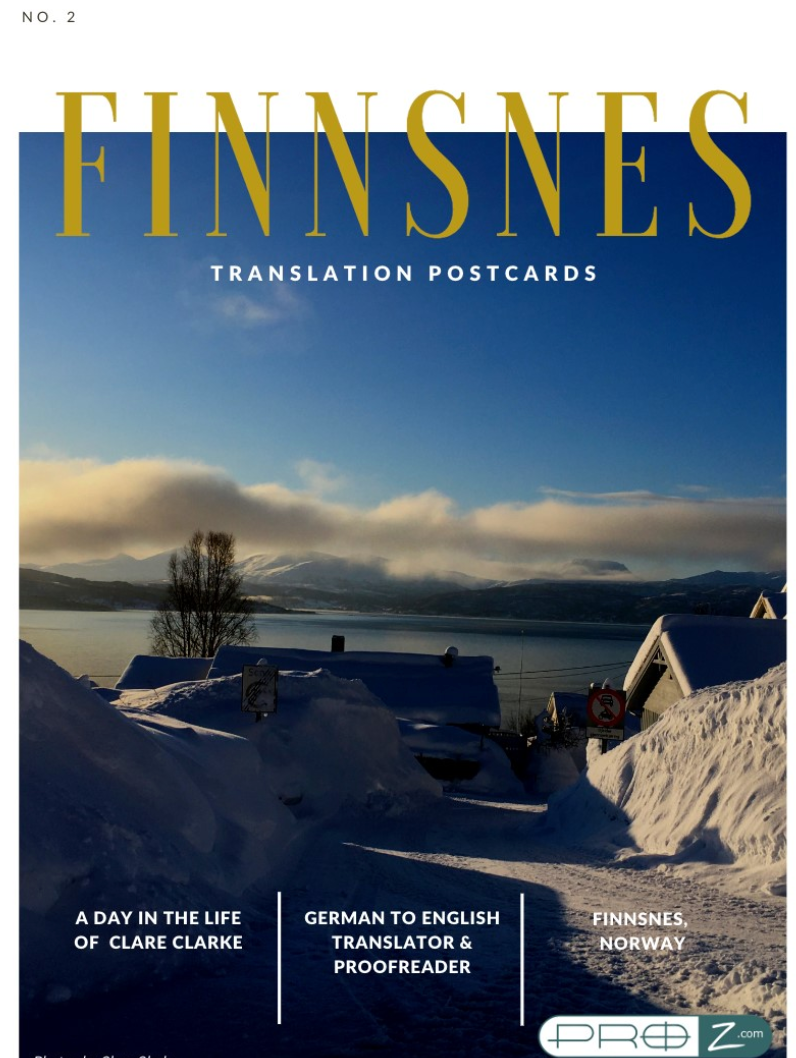 It’s winter in Finnsnes, Northern Norway. Some days it gets so cold, (minus 33 degrees anyone?), your glasses freeze over the moment you step outside – the clean, fresh Arctic Circle air searing into your lungs. There are fifty shades of snow: capping the distant mountains, stacking up in drifts at the side of the road, crunching as cars pass, or crisp underfoot. Kids can be seen skiing to school, women kick-sledding to work, and the odd granny has even been spotted whizzing to the doctor’s on a snow scooter. 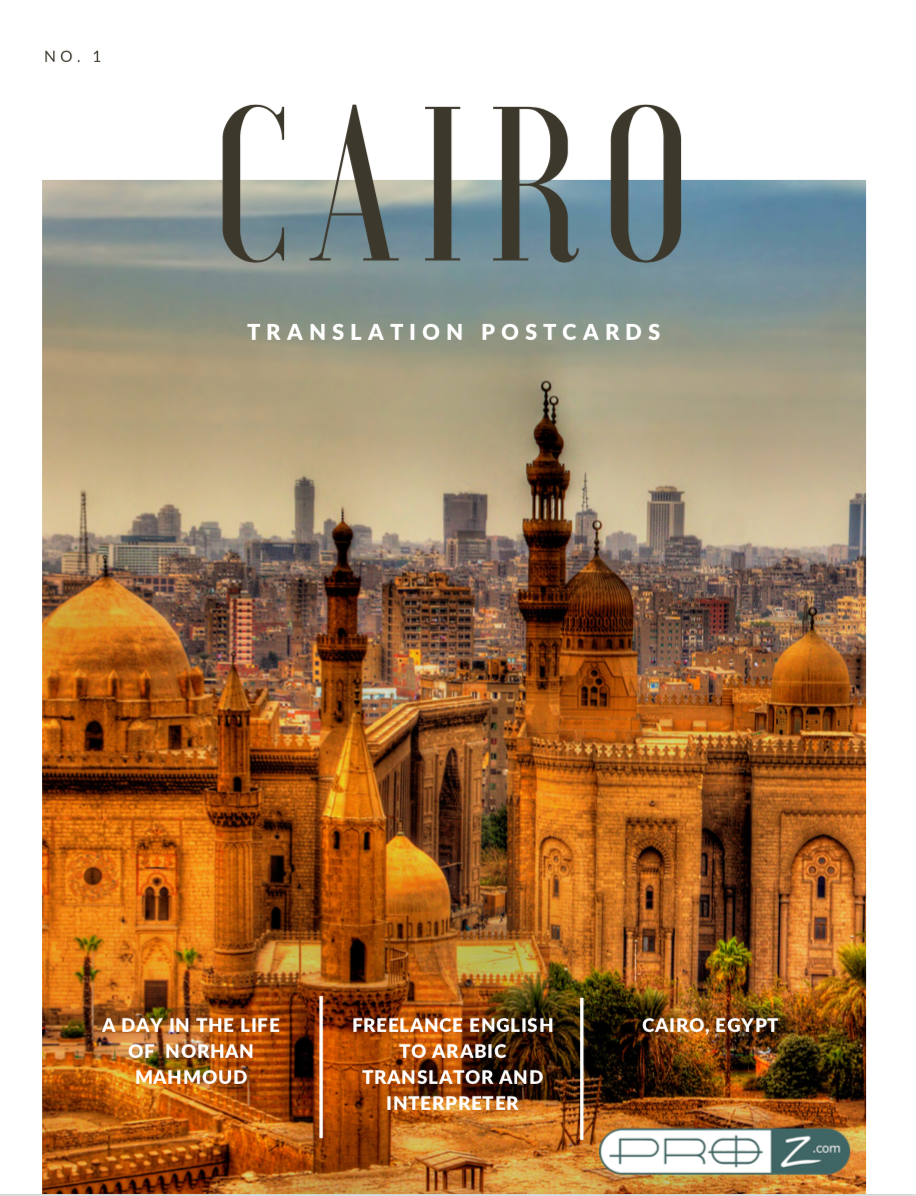 Throw open the window and the air is spiced with the aroma of freshly fried Ta’amya (the Egyptian Falafel) and Ful (fava beans stewed in tomato sauce), overlaid with less attractive but equally persistent topnotes of household rubbish, in both the poorest and the richest districts of Cairo.

The streets are clogged with honking traffic, inching its way through the noisy, boisterous city. At times it feels the only way to escape and gulp in mouthfuls of fresh air is to head down to the majestic Nile.

It's against this background, in the upmarket middle-class district of Nasr City, that 29 year-old Norhan Mahmoud plies her trade as a translator and interpreter between Arabic and English.