The people behind ProZ.com: Janelle Popovici

Over at the Translators and Interpreters (ProZ.com) Facebook Group, there are a series of weekly posts introducing you to the people behind ProZ.com. Some of them you may have come across, while others have remained in the shadows… until now! In the weeks and months ahead, we’ll get to know all of them in turn. This is our 21st profile.
As we’ve seen in this series, many are the roads that lead to ProZ.com. In the case of Janelle Popovici (pronounced Popovitch), she knew Office Manager Pat Dotterer through a common friend at church. When Janelle mentioned that she was looking for part-time work, the friend mentioned that Pat worked at his brother’s company, and needed some assistance with filing and admin work.

At that point, Janelle had never heard of ProZ.com, but she made contact, and it all started from there. Her previous professional background had been in marketing and sales in insurance. After a break as a foster parent for a couple of years, returning to insurance wasn’t an option… A brief spell ensued helping out at her husband’s company, doing bookkeeping and reconciling reports, which Janelle found “fascinating”, and so this new opportunity at ProZ was just the ticket.

I suggest I might not be alone in questioning the word “fascinating” in the context of bookkeeping, but Janelle laughs. “I’ve always liked numbers but never really been in a position before where I can use that".

All through high school and college, she was good at maths, and now at last it’s found a professional outlet, watching how the figures work out every time. But above all it’s about helping other and being a friendly point of contact for those around her, whether they're translators or team members. Because what really drives Janelle is a love of people and of serving others.

Naturally enough, she’s just as organised at home when it comes to keeping the family’s records in order, and no stranger to making lists in her little notebook. “I just like order”, she says.

By now, I’m beginning to think every translator could do with a Janelle by their side to help with admin…

These days her daily tasks involve following up on payment requests from translators, record-keeping for ProZ*Pay, collecting money from LSPs, handling payment new memberships and supporting other members of the team in setting up translators’ payment preferences. What could be a better fit than a job whose very purpose is to look at numbers and figures, and make order out of it all, using spreadsheets and various dedicated software programmes, all in order to make life easier for others.

When it comes to what makes Janelle different, how about a black belt in taekwondo, and a brown belt in the Korean sport of hapkido, for starters? 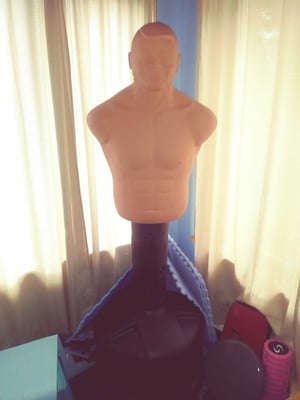 In fact at one point in the interview, I notice someone standing completely immobile in the background on-screen. At first I assume it's Janelle's husband, who must be some kind of Zen master. But then I realise it's a sort of mannequin. Janelle explains it's actually a bodyweight opponent bag, or "BOB" – good for practising punches and kicks. Note to self: don't pick a fight with Janelle over a missing file.

But there's no need to be alarmed, because what marks Janelle out above all is an ability to empathise with people, to intuit how they’re feeling, and to help them feel comfortable and “seen”. Just picking out someone, making eye contact and offering a smile is a source of real pleasure for her.